Snowvember five years later: remembering one of the most historic winter storms to hit WNY 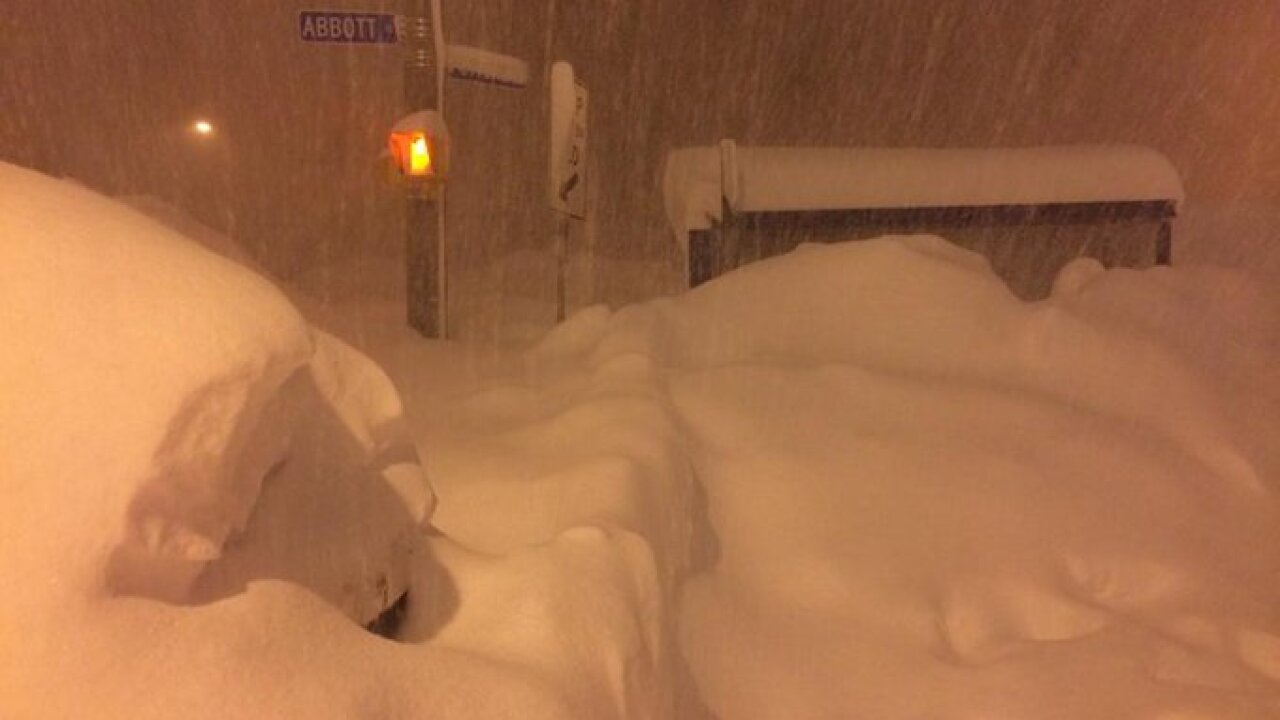 BUFFALO, N.Y. (WKBW) — Where were you when the snow began to pile up south of Buffalo during Snowvember?

The event will go down as one of the most historic winter storm events in Western New York history. In just a week, two lake effect snow events dumped almost seven feet of snow in South Cheektowaga.

According to the National Weather Service, thousands of motorists were stranded, hundreds of roofs collapsed and trees snapped because of the weight of the snow. The storm was also responsible for 13 fatalities.

Five years ago, the first lake effect band of snow developed Monday, November 17 after 6:00 p.m. It didn't take long for the band to intensify, packing heavy snowfall, thunder, and lightning. The band of snow would wobble from the Southtowns into the Northtowns, before settling just south of downtown Buffalo. Snowfall rates within the band ranged from three to six inches per hour, according to the National Weather Service. By the morning of Tuesday, November 18-- some areas already had three feet of snow. Meteorologists with the Buffalo National Weather Service say this all happened in less than 12 hours.

Officials had no other choice but to close down the Thruway-- stretching from the Pennsylvania Border to the Rochester area. Portions of the 190, 290, and 400 were also closed as a result of the storm.

Neighbors north of the band could see what was described as a wall of snow.

The first band dropped over five feet of snow in areas just east of Buffalo-- and would eventually weaken and lift north Wednesday.

A second lake effect snow band would develop later Wednesday and drop another one to four feet of snow around the same area.

You can read the full National Weather Service write-up here.