Seneca One developer wants cars on Main Street, and he's set to give up millions of dollars for it 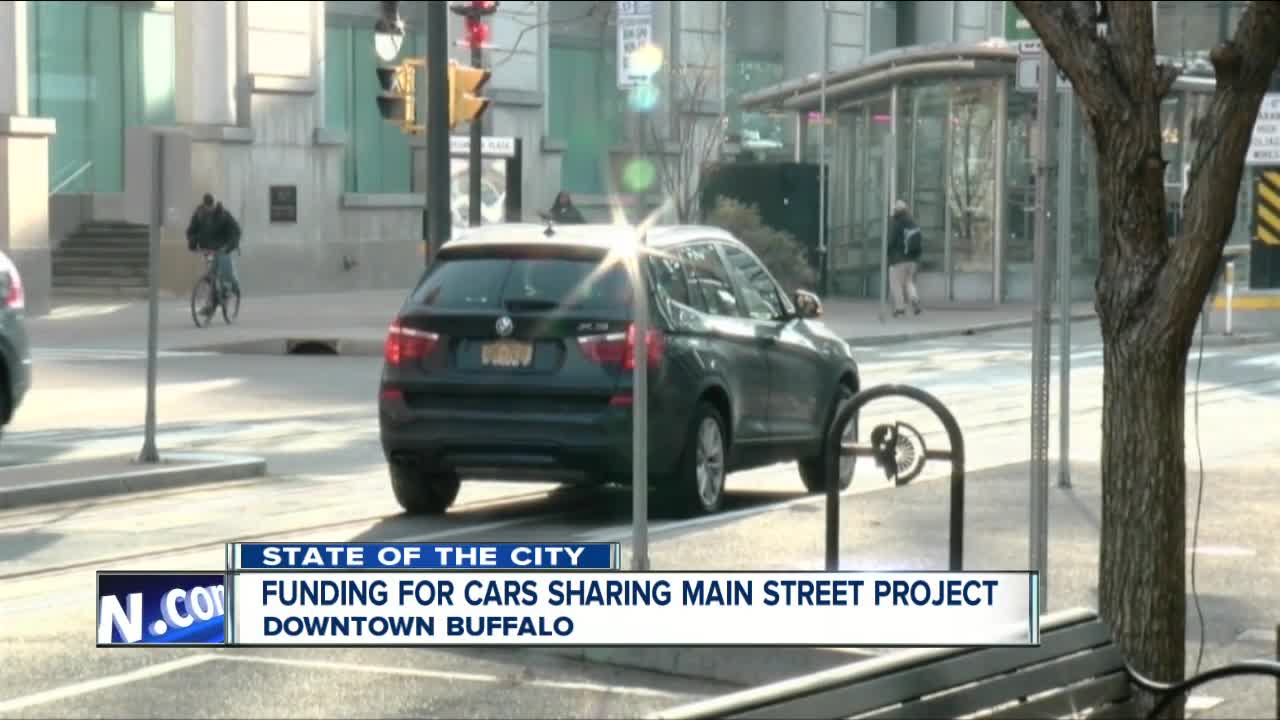 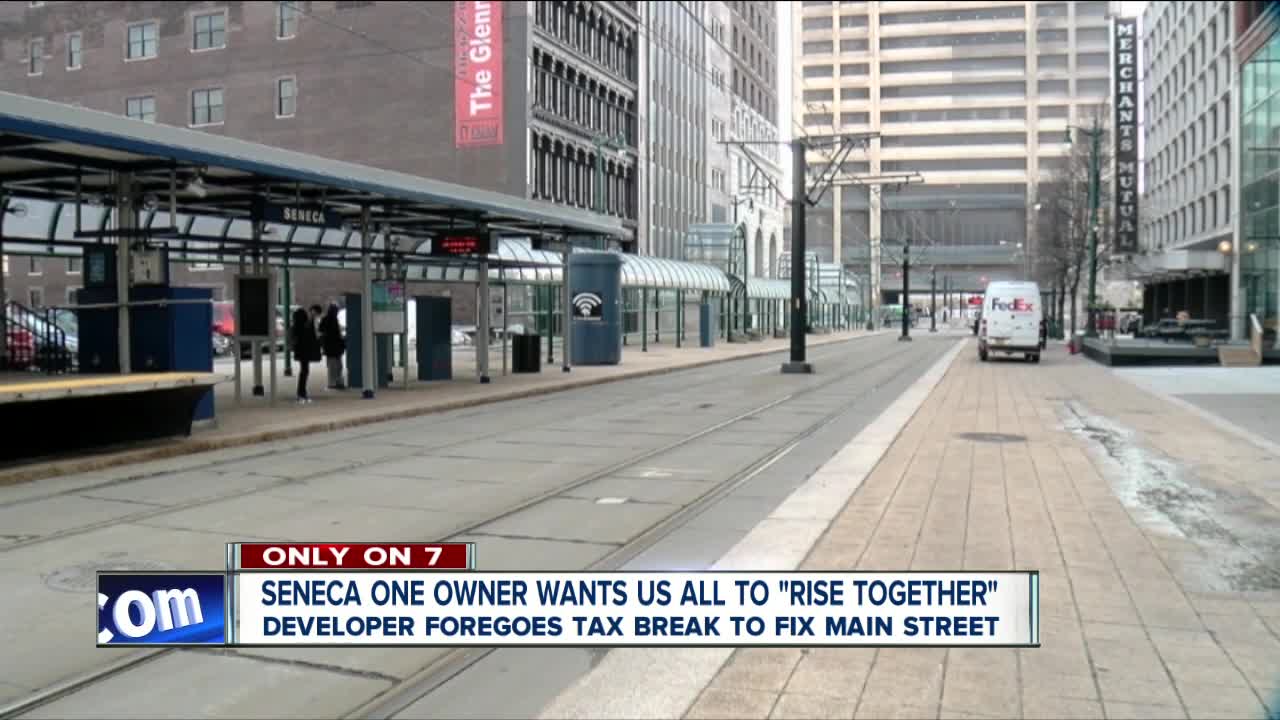 BUFFALO, N.Y. (WKBW) — The owner of the Seneca One tower wants us to all "rise together" - and he's willing to give up millions of dollars to make that happen.

Douglas Jemal, owner of Douglas Development Corp., has been working with City of Buffalo officials to help open all of Main Street back up to vehicular and pedestrian traffic.

In an exclusive interview with 7 Eyewitness News Anchor Jeff Russo ahead of Thursday's State of the City address, Jemal explained his motivations behind agreeing to forego tax exemption he would have received from the 485-A program for buildings converted into a mix of commercial and residential space.

"Needless to say I spoke to tall the politicians and some how or another it gets down to economics, so I said let me help with some of the economics — I’ll forego 485-A, pay my taxes on the building, this gives you the revenue that you need to open up cars on main street," Jemal said.

Buffalo is expected to receive $15 million from this deal. Jemal calls this a win-win for Buffalo and Seneca One.

Mayor Byron Brown announced some of the details about this negotiated arrangement during his State of the City address.

It's a significant milestone for the Cars Sharing Main Street project, which has had trouble getting funding for the next phase of Main Street's transformation, between Church and Exchange Streets.

As 7 Eyewitness News reported in November 2019, Buffalo was denied $25 million by the U.S. Department of Transportation for Main Street's next phase of transformation between Church and Exchange Streets.

Jemal saw a larger benefit to opening that corridor to vehicular traffic.

No date was set for the beginning of the project, but it is likely dependent on the funds being matched. It will begin right in front of the Seneca One tower and extend through the medical campus.