No federal money for next phase of Cars Sharing Main Street 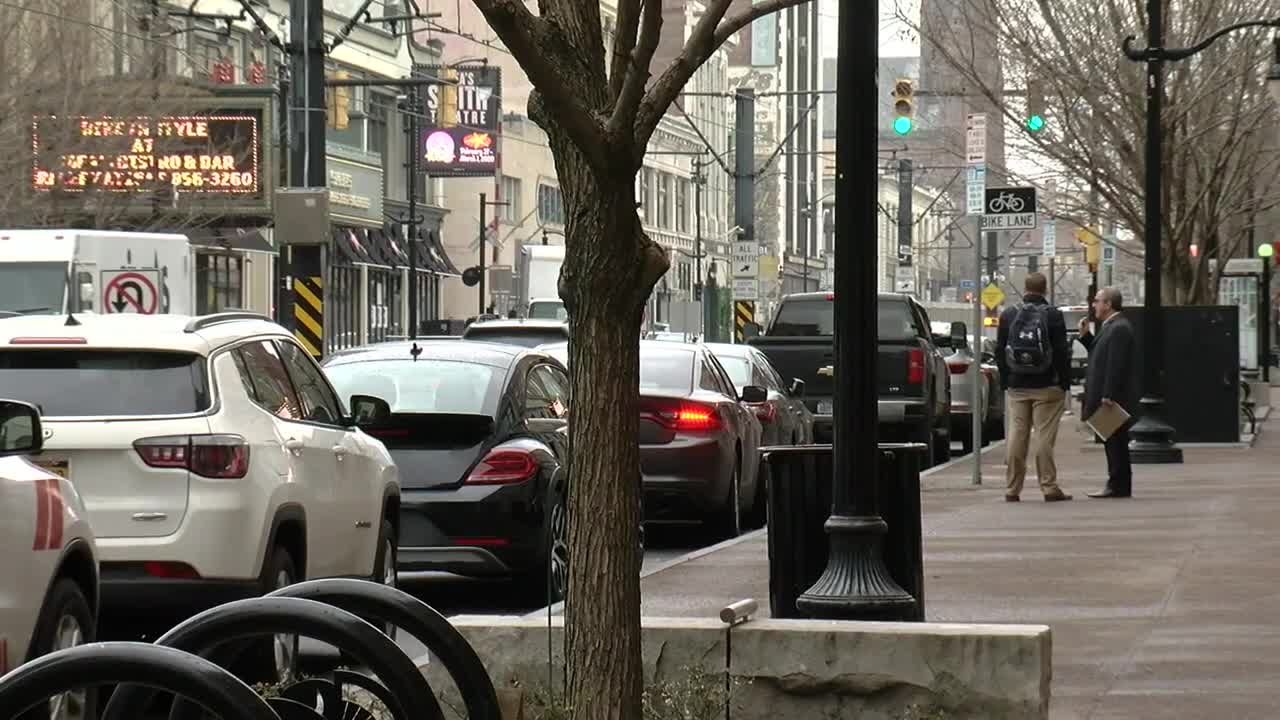 Buffalo was counting on another $25 million for Main Street's next phase of transformation between Church and Exchange Streets - but the money was denied by the U.S. Department of Transportation (USDOT).

BUFFALO, N.Y. (WKBW) — Since 2007, the Cars Sharing Main Street program has dramatically changed portions of downtown Buffalo by allowing cars to share the road with the NFTA Metro Rail.

Where the cars have returned, people and businesses have followed, explained Michael Schmand, Executive Director of Buffalo Place. ""This is what attracts people to our downtown," commented Schmand.

Buffalo was counting on another $25 million from the federal government for Main Street's next phase of transformation between Church and Exchange Streets - but the money was denied by the U.S. Department of Transportation (USDOT).

"We will continue to pursue additional rounds of funding to complete this project. This will get done," explained Congressman Brian Higgins (D-Buffalo).

"This was a round where no project in New York State was granted funds," said Higgins, who added that USDOT only funded 55 projects in 35 states from the 666 applications for the 2019 BUILD Grants.

Higgins helped initiate the return of cars on Main Street with the 700 Block in 2007 after it received $1.76 million from a federal grant.

Since then, a total of $43.2 million federal dollars has been allocated to return traffic to the 500 Block, 600 Block, 700 Block, and Lower Main Street. That money, in addition to other funds, allowed for the road to be rebuilt to safely handle the rapid transit, cars and pedestrians.

Twenty-two applications were submitted from across New York State for the federal BUILD Grants and none received funding.

The congressman felt it was not a result of partisan politics, but rather, the reality of less money available and more competition.

Higgins said the Administration indicated rural investments would be the priority this year with 50% of the 2019 awards going to rural areas.

It is hoped that some of the $1.3 billion in federal surface transportation money allocated to NYS annually can be diverted to the Cars Sharing Main Street program, explained Higgins.

Mayor Byron Brown said the City of Buffalo has a team of grant writers working to find other sources of funding to keep the project going forward.

In addition, the mayor said there are discussions underway to use money from developer Douglas Jemal, whose company, Douglas Development from Washington, D.C., is now re-doing the Seneca One Tower. " We are working on a strategy with that offer from the private-sector company to actually expand the money we have to use for Main Street in that area of the city," added Brown.