I-TEAM: Officer has controversial past 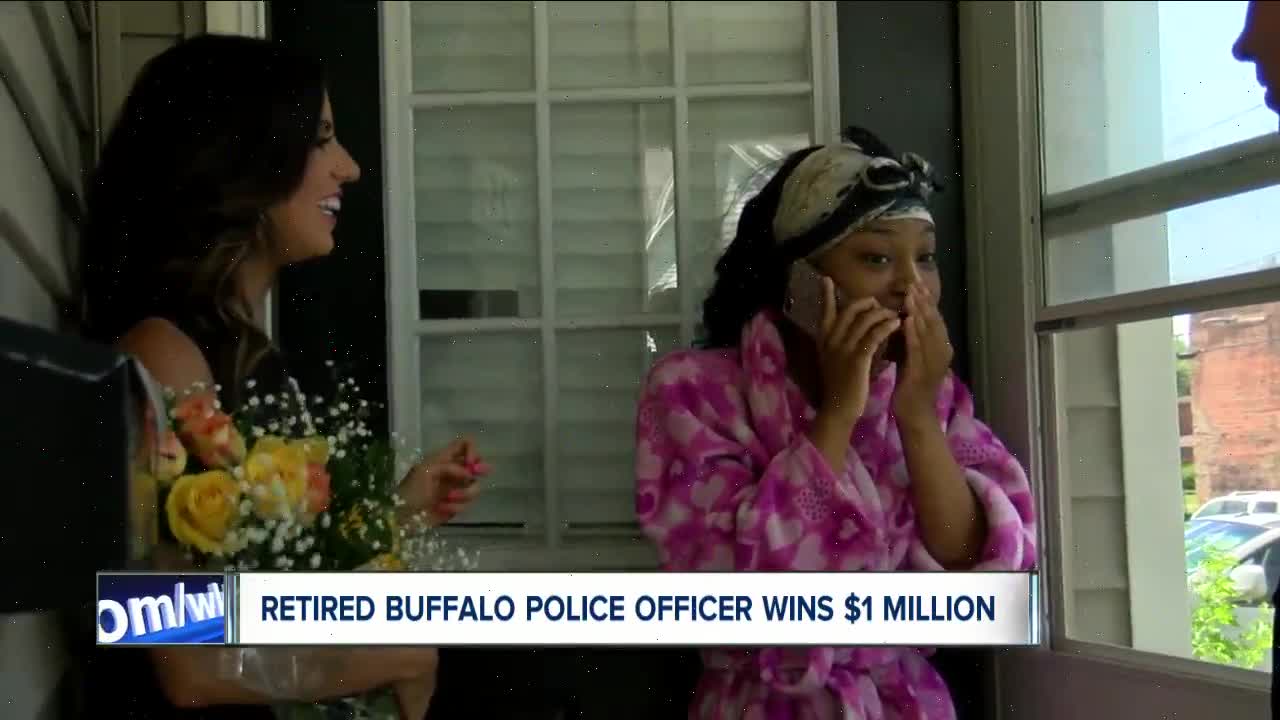 Littlejohn and his family had no idea that he won, and when PCH representatives went to his house to deliver the big check, his surprised daughter, Imani, answered the door.

She called her mother, Rashida, who had left for church with Cedric, and told them to get home right away.

Ten minutes later, Cedric arrived and said winning the prize was right on time. So what will he do with the money?

Littlejohn was a Buffalo officer for 22 years, but he became embroiled in controversy towards the end of his time on the force.

In 2017, the 7 Eyewitness News I-Team investigated Littlejohn after he was accused in a lawsuit of punching a man at a Delaware Avenue bar. Littlejohn admitted to wearing Buffalo Police Department gear while he was off-duty the night of the 2013 incident, which occurred while he was serving as a bouncer.

Later in 2017, Littlejohn retired from the force. He was making over $120,000 per year prior to retiring. On Sunday, he said his retirement came after suffering a stroke.

While Littlejohn was never charged with a crime, court documents show he was charged with departmental violations by internal affairs. It's unclear if he was ever disciplined.