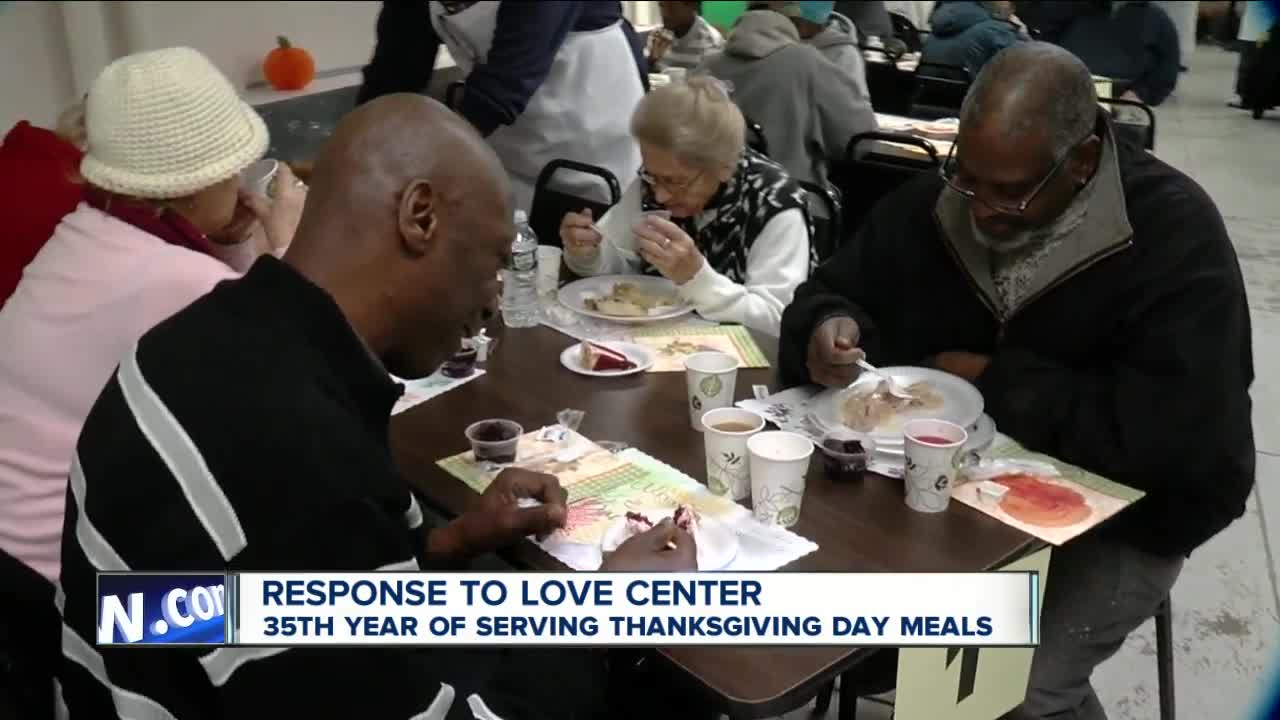 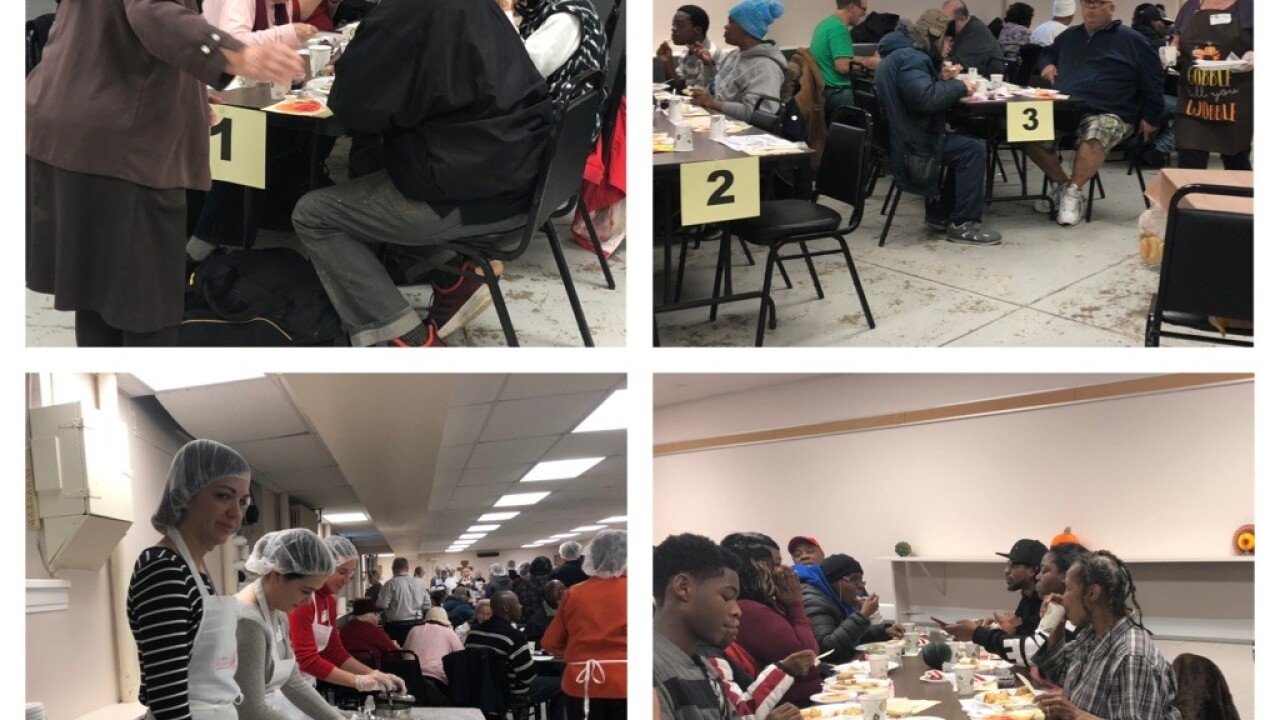 BUFFALO, NY (WKBW) — As you sit down with our family at the thanksgiving table others worked to make sure those in need received a full Thanksgiving Day feast.

Inside the Response to Love Center the smell of turkey filled the kitchen on Koscciuszko Street off Broadway on Buffalo’s east side.

The Response to Love Center helps people in the community each and every day, but on Thanksgiving they served a special meal.

Sister Johnice says it's all about serving neighbors who live near the center in one of the city's poorest communities.

James brooks lives off Broadway and has been coming weekly to the center since 2011. He says they're like family.

“I come here for moral support,” Brooks declared. “Mentally when I’m feeling down, things of that nature – I made friends here and I guess I don’t know how to say it, but I deeply appreciate it.”

90 to 100 volunteers assisted in serving the meals.

Sister Johnice and the other Felician Sisters work toward a mission of serving the community. Like the words of Saint Francis of Assisi, “in giving we receive”, it is what Sister Johnice and her volunteers do so well.

“In giving we receive and also preach – don't use words – use your example that's what the volunteers do,” remarked Sister Johnice.

Some arrived as early as 8:30 a.m. Thursday to begin lining up, a couple of hours before the meal was ready to be served, so Sister and others had breakfast items to give them first.

Father Betti is also an artist. He painted a portrait hanging in the serving area depicting a past Thanksgiving meal at the Center from 2011 featuring a mysterious man who appeared.

“He didn't look exactly like Christ. obviously, I transformed him, but that's the same position he was in with the bread, with the cup - it's very Eucharist and very much that idea of the breaking of the bread, but we've never seen him again,” Betti recalled.

And it is with that spirit the response to love center devotes year-round assistance to its neighbors. Sister Johnice says her theme this year is from Fred Rogers “It’s a beautiful day in the neighborhood – won’t you be my neighbor.”