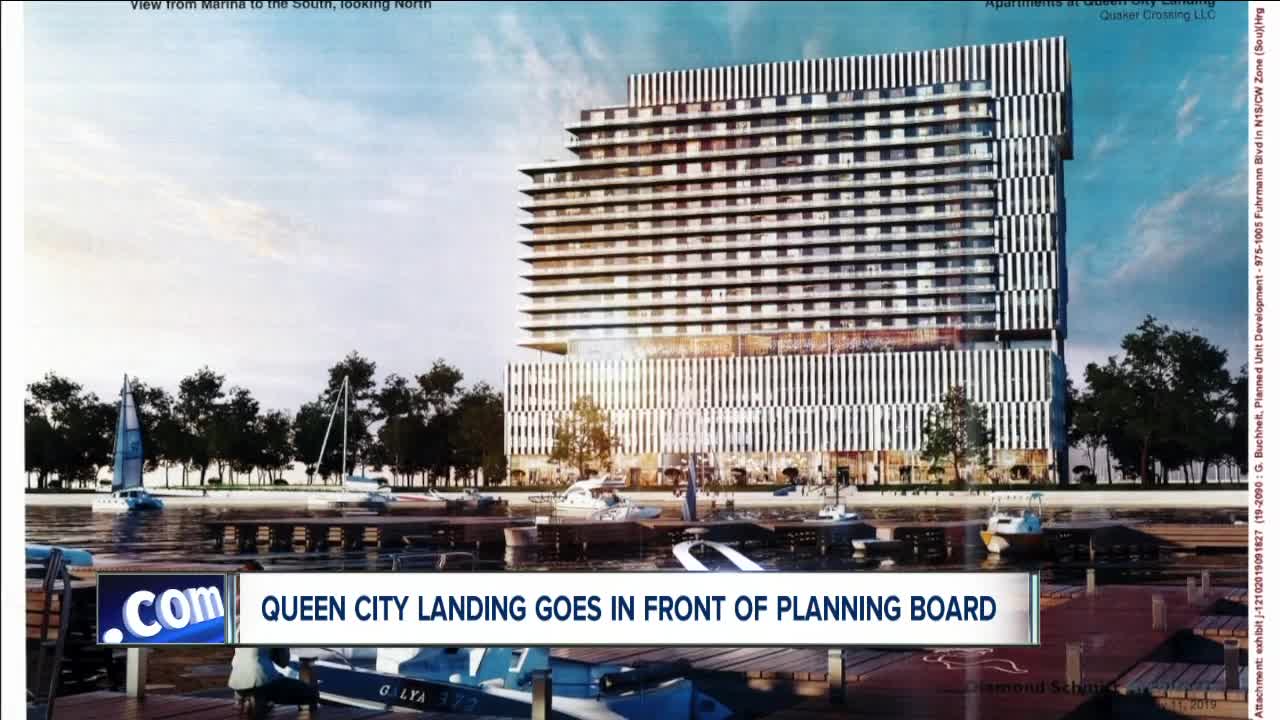 BUFFALO, N.Y. (WKBW) — At Monday night's Buffalo Planning Board Meeting, Queen City Landing developers hoped to get the board's approval. Those developers recently showed off their plans for a new 20-story building at the Outer Harbor.

“This site can hopefully inform, ultimately what happens at the Terminal A and B site. And vice versa, we have an opportunity to create some dynamic presence on the Outer Harbor,” said Phil Pantano, the spokesperson for the developers.

The board decided to table their decision on the plan.

Some believe the developers are manipulating the Green Code.

“The only things creative about what they're doing is trying to distort the green code, and the UDO in order to get around the six-story, 90-foot limit that impacts that site,” said environmental lawyer Arthur Giacalone.

If all goes well for the developers, they hope to have shovels in the ground by this spring.

The Buffalo Common Council will hold a public hearing on the Queen City Landing proposal at 1pm, Tuesday, January 14th.