"It’s going to be lean next year" 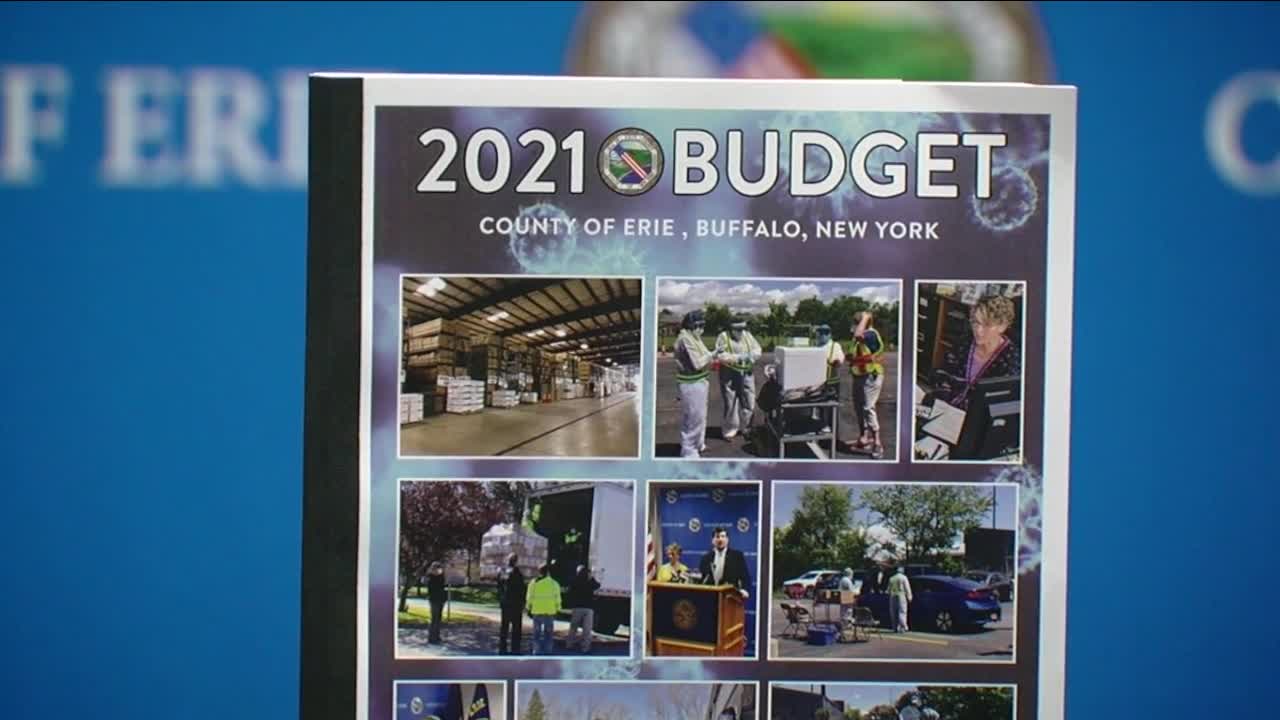 The county executive took the wraps off is 2021 proposed budget for the upcoming fiscal year during a news conference at the Rath Building Thursday morning.

“It’s going to be lean next year — but not drastic,” stated Poloncarz.

Poloncarz’s spending plan reflects the difficulties from the COVID-19 pandemic.

“It was a very difficult budget to prepare because of the financial conditions that community and others are facing as a result of of COVID-19,” remarked Poloncarz.

Poloncarz said his proposed spending plan is a "significant reduction" from last year's budget of about $80-million.

It calls for 98 job cuts, including 19 full-time jobs at the Erie County Holding Center, as it phases out some operations to the Alden Correctional Facility.

But Poloncarz said his office is also feeling some pain.

“I cut a job in my office — a managerial confidential position,” Poloncarz explained.

The proposed budget calls for a six-percent reduction in property taxes.

“Most people will see a reduction in their property tax rate,” explained Poloncarz.

The county executive says some home owners will see a property tax decrease — others an increase, but it all depends on where you live due to property assessments conducted in some municipalities, like the city of Buffalo.

’I’m not going to sit here today and say every one will see a tax cut because there have been reassessed values which of course increase the overall evaluation of the house — which is a good thing,” noted Poloncarz.

Across the street from the downtown Rath Building, members of the Erie County Legislature were waiting to crack open the just released proposed county budget.

Legislature republican minority leader Joe Lorigo said he hasn’t had a chance to see the budget yet, but reacted to the property tax changes.

“People are still going to feel the pain a little bit,” Lorigo said.

Lorigo also reacting to Poloncarz’s proposal for a 43-percent cut in spending for roads and bridges.

“That's something that I was disappointed to hear. Infrastructure work, road maintenance —those types of things are very important. — Not only for the people I represent in my district but for Erie County as a whole,” Lorigo replied.

The county’s spending proposal would provide $26.7-million on road and bridges and include major infrastructure projects.

The proposed spending plans calls for $3.1 in capital dollars for county parks, which have become even more popular destinations since the pandemic began.

The county executive used the budget announcement to outline a separate program called "Business to Business". It's a $20-million to help struggling small businesses survive.

And although the local economy has taken a hit from the pandemic, the county executive said sales tax revenue was better than expected. It still is down 2.35-percent from last year because of COVID

Funding to arts and cultural organizations would remain stable under this plan, that includes the Buffalo Zoo, Buffalo Science Museum and Visit Buffalo-Niagara.

The county executive directed all is departments to slash their spending by five percent. If a department failed to submit budget cuts, the proposed plan has reductions.

The county legislature has the next six weeks to begin its review and host budget hearings before approval in December.