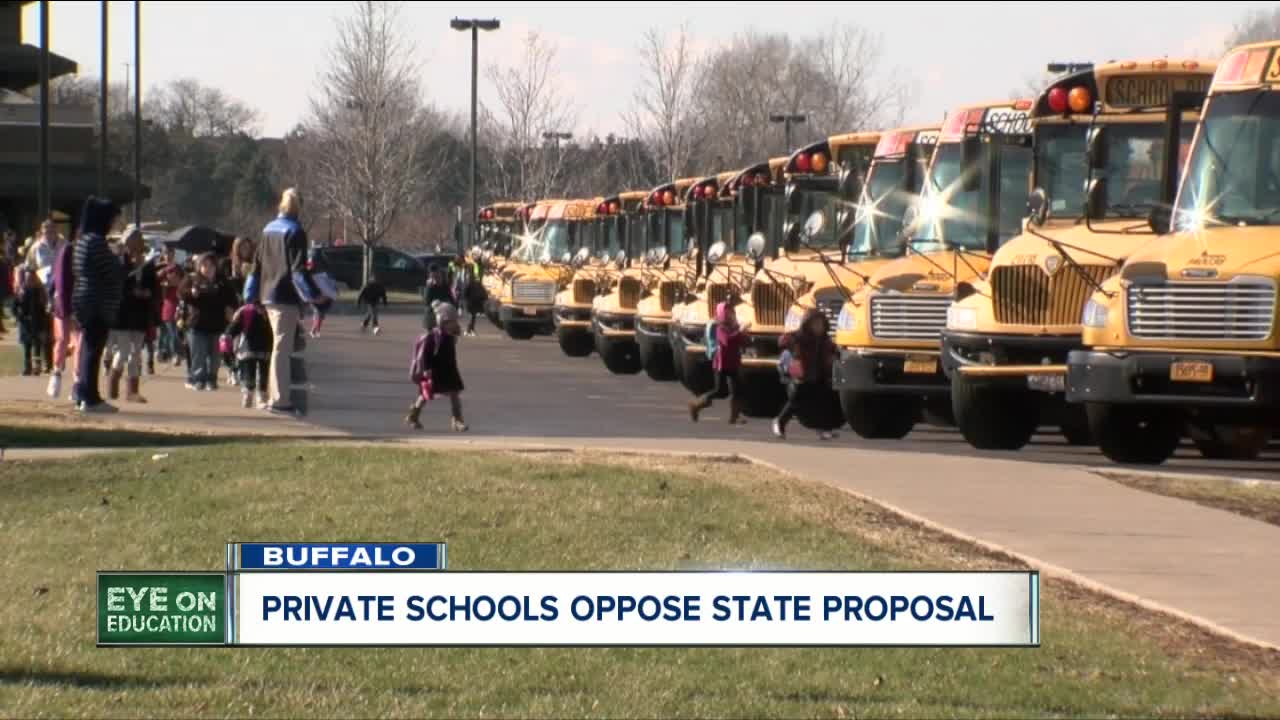 BUFFALO, N.Y. (WKBW) — On top of all the back to school stress, private schools in the area say they have another thing to worry about.

"We're really standing in solidarity with the catholic school community here in Western New York to speak out against susbtantial equivalency regulations being imposed by the state," said Christopher Fulco, President of St. Joseph's Collegiate Institute.

The New York State Department of Education proposed these regulations in July. They would have public schools oversee private schools in the state, including their curriculums.

The State said it's a way to make sure all students receive the same education. State Senator Chris Jacobs (R-60th District) disagreed.

"This is really a problem that isn't a problem, but it will create a problem," said Senator Jacobs.

He feels that this will not only be a burden on private schools, but the public schools as well, by putting more responsibilities on their plates.

This would affect all private schools in our area, like Nardin Academy, Christian Central Academy, St. Joseph's Collegiate Institute and the Park School.

The leaders of all of these schools came together today to call the proposal an "assault" on their independence.

"I almost want to say: bring it on! What would you find out that you don't already know?" asked Dr. Stuart Chen, Interim Head of School at Christian Central Academy.

"I have two kids that go to St. Greg's and to have a public school exert some sort of control or oversee some sort of curriculum is concerning to us as parents," said Fulco.

The school leaders said there's a reason why they do things differently.

"We're intentionally small because you need to be if you're going to get to know all of your students and we don't ascribe...to any state testing," said Jeremy Besch, head of school at The Park School.

The Education Department is taking public comments on the proposal until September 2nd. Then it will go to the Board of Regents later this fall.