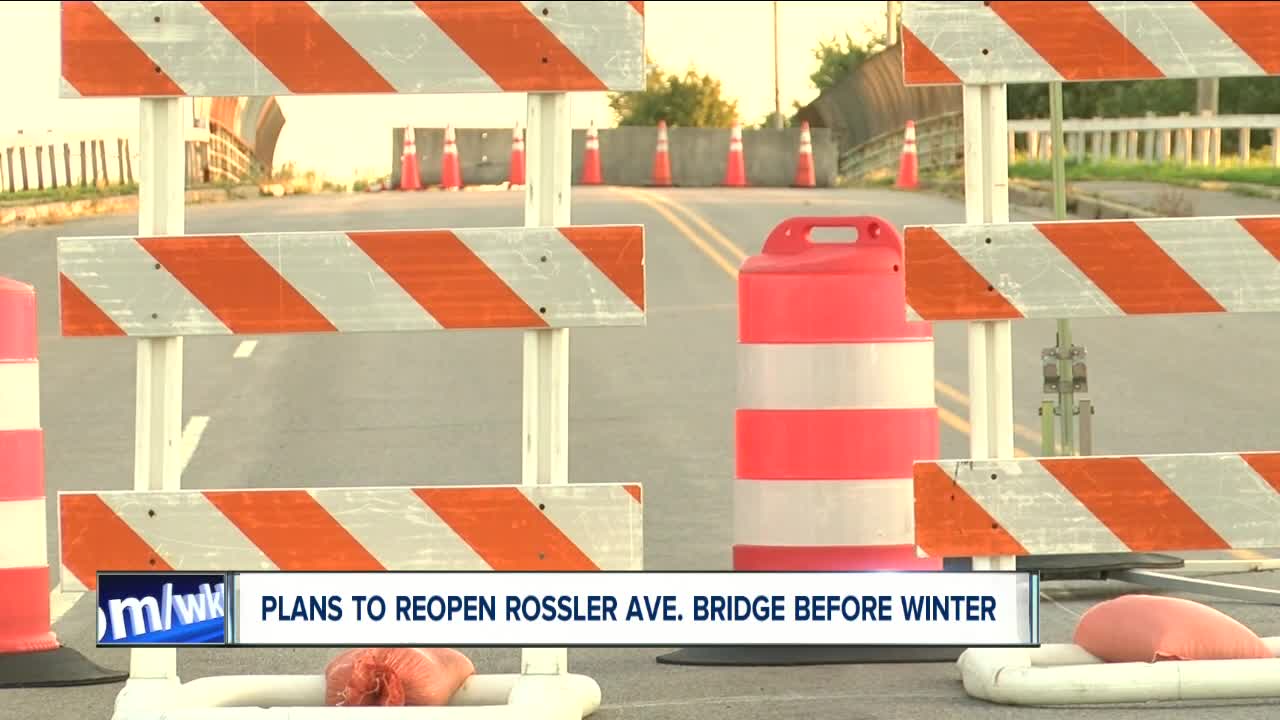 CHEEKTOWAGA, N.Y. (WKBW) — The New York State Thruway Authority said it plans to begin repairs on the Rossler Avenue bridge in Cheektowaga next week, with a goal of reopening the bridge by winter.

The I-190 overpass is still closed to traffic after an oversized dump truck drove underneath it in June causing damage. It was temporarily reopened to traffic with a weight limit, but closed again after overweight trucks drove over it.

Matt Lunghino of Cheektowaga said many residents were left wondering when the bridge would reopen for good, after not receiving updates from the town or Thruway Authority.

"Mostly what bothered me was the lack of communication as to what's going on with the bridge, not so much that it was an inconvenience to me just no one knew what was going on," Lunghino said.

Lunghino took his concerns to Twitter where the Thruway Authority, who controls the bridge responded.

For now bikes were the only wheels crossing the bridge. Cyclist Mike Ballantyne said there may be a bright side to the whole situation.

"They're repairing it so that's a good thing, you know we need the infrastructure to be updated," he said.