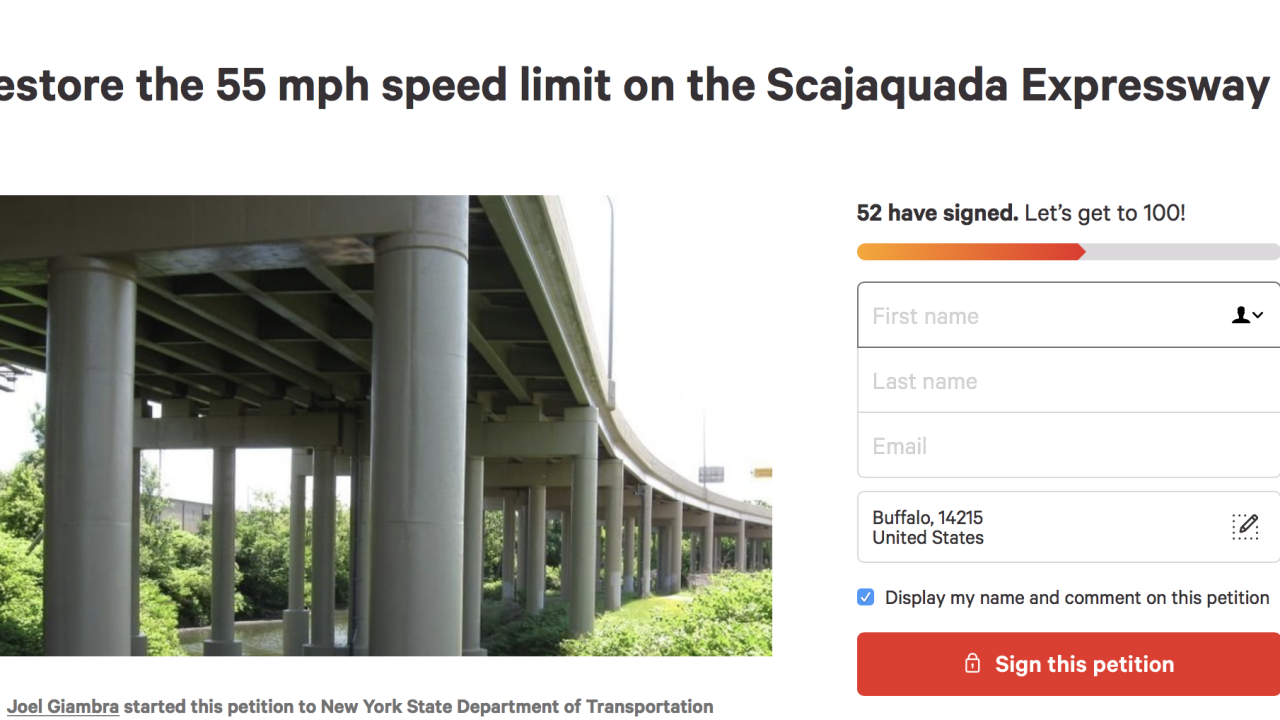 BUFFALO, N.Y. (WKBW) — A petition has been started on change.org to change the speed limit on the Scajaquada Expressway.

Joel Giambra is petitioning the New York state Department of Transportation to 'restore the speed limit to 55 mph'.
The speed limit used to be 50 mph on the 198.

He calls the current 30 mph “an unnecessary knee-jerk reaction that has become maddening to motorists and residents alike”.

Buffalo Mayor Byron Brown said he supports raising the speed limit to 50 mph for just a "portion" of the 198 while keeping it at 30 mph elsewhere.
He would raise speeds west of Buffalo State’s campus and to the east of Parkside Ave.

Governor Cuomo ordered the speed limit reduced four years ago as a result of a deadly crash that killed a 3-year-old.

A 7 Eyewitness News I-Team report back in June found plans to make any adjustments to the 198 have stalled with the NYSDOT, while speed enforcement has varied over time with Buffalo Police.

Glenn Blain of NYSDOT says that the conversation is, in fact, moving forward and issued the following statement to 7 Eyewitness News:

“The New York State Department of Transportation remains willing to move forward on a project that would enhance the experience of all users along the Scajaquada Expressway corridor, while preserving the historical character of the community. However, the more expansive options favored by some community members requires the DOT to consider alternate approaches to advance the project, which we are continuing to explore. The NYSDOT remains committed and looks forward to a collaborative effort to transform the Scajaquada.”