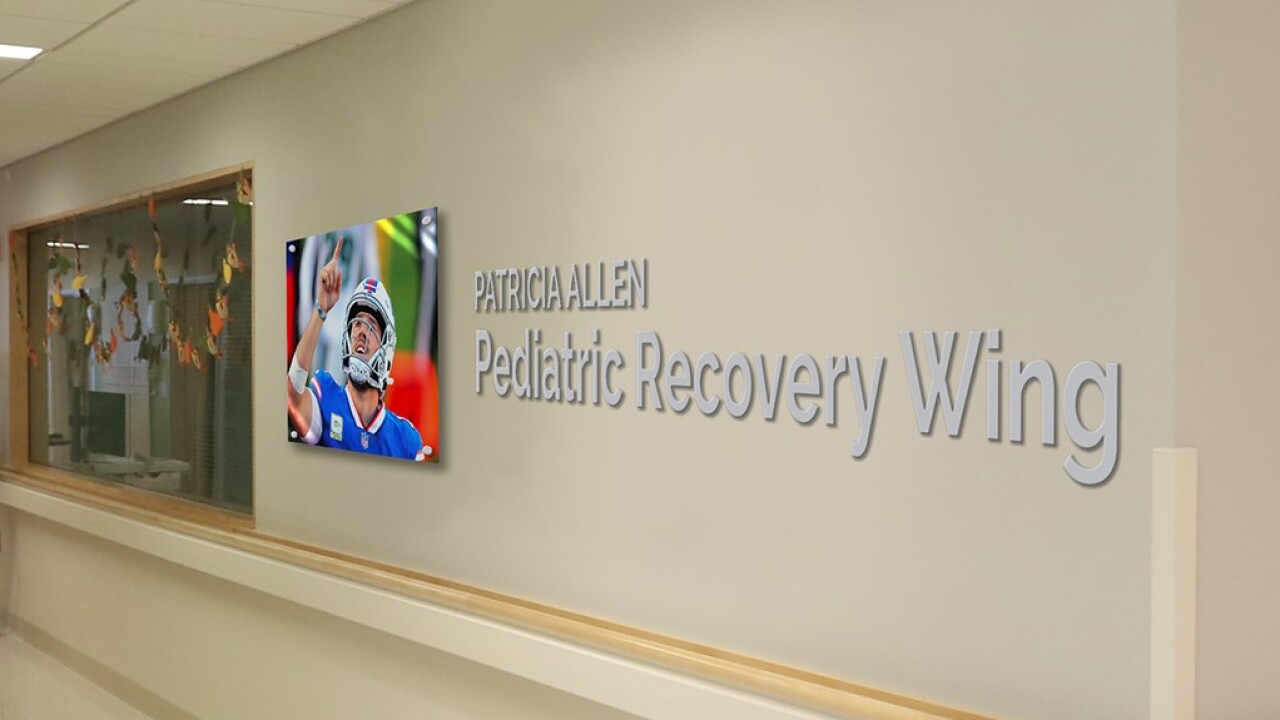 Allen has long been a supporter of Oishei Children's Hospital and has a partnership with the hospital.

Oishei says the a new fund will be launched to honor Patricia, the Patricia Allen Fund, which will "provide ongoing to the pediatric critical care team at Oishei Children’s Hospital who provide life-saving care to pediatric patients."

Officials say on the hospital's tenth floor, the sports themed floor where Allen's jersey currently hangs along with other NFL legends such as Jim Kelly and Thurman Thomas, a wing will be named after Patricia. The west wing of the tenth floor will now be known as the Patricia Allen Pediatric Recovery Wing.

The tenth floor playroom will also be renamed The Buffalo Bills Fans Fun Zone in recognition of all the support the hospital has received from Bills fans in honor of Patricia.

“I am humbled by the incredible generosity that has poured in over the past several days in honor of my grandmother. It means the world to me and my family and we are very grateful these donations will go toward helping save many lives for years to come,” said Josh Allen.

Officials say with the fund established it will give donors the opportunity to continue to donate in honor of Patricia.

“We really felt this was the perfect way to honor Patricia and recognize Bills fans for this incredible support of our hospital,” said Allegra C. Jaros, MBA, president, Oishei Children’s Hospital. “With the wing being located on our sports floor which is already outfitted with lots of Bills and football memorabilia and graphics, we couldn’t think of a better place.”