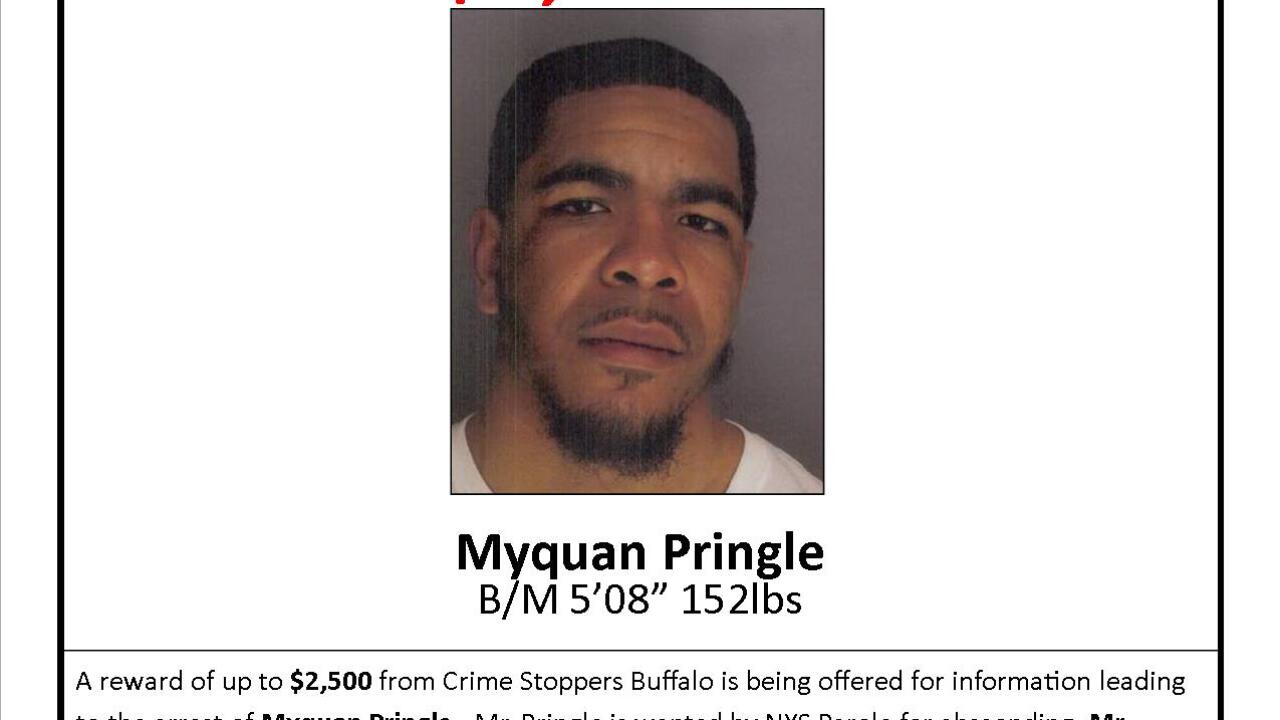 NIAGARA FALLS, N.Y. (WKBW) — Niagara Falls police officers arrested a man Tuesday who was referred to as "dangerous" in a Crimestoppers bulletin.

The police department would only confirm that it took Myquan Pringle into custody, but it did not offer any other details.

The Action Niagara Falls captured the moment Pringle was arrested on video:

Pringle was wanted by the New York State Department of Corrections and Community Supervision for absconding. Crimestoppers offered $2,500 for information leading to his arrest.

The reward bulletin cited Pringle's "dangerous" criminal history. It includes a 2017 incident where he fled from officers as they tried to arrest him during a traffic stop on a robbery warrant. Officers found Pringle inside an apartment building armed with a hatchet.

In 2016 , Pringle ran from officers as they tried to arrest him for hitting a well-known Niagara Falls resident with mental and physical disabilities. The incident was caught on camera.

Pringle has also faced charges in connection with acts of domestic violence.