New York recalls new license plates for being 'too reflective' 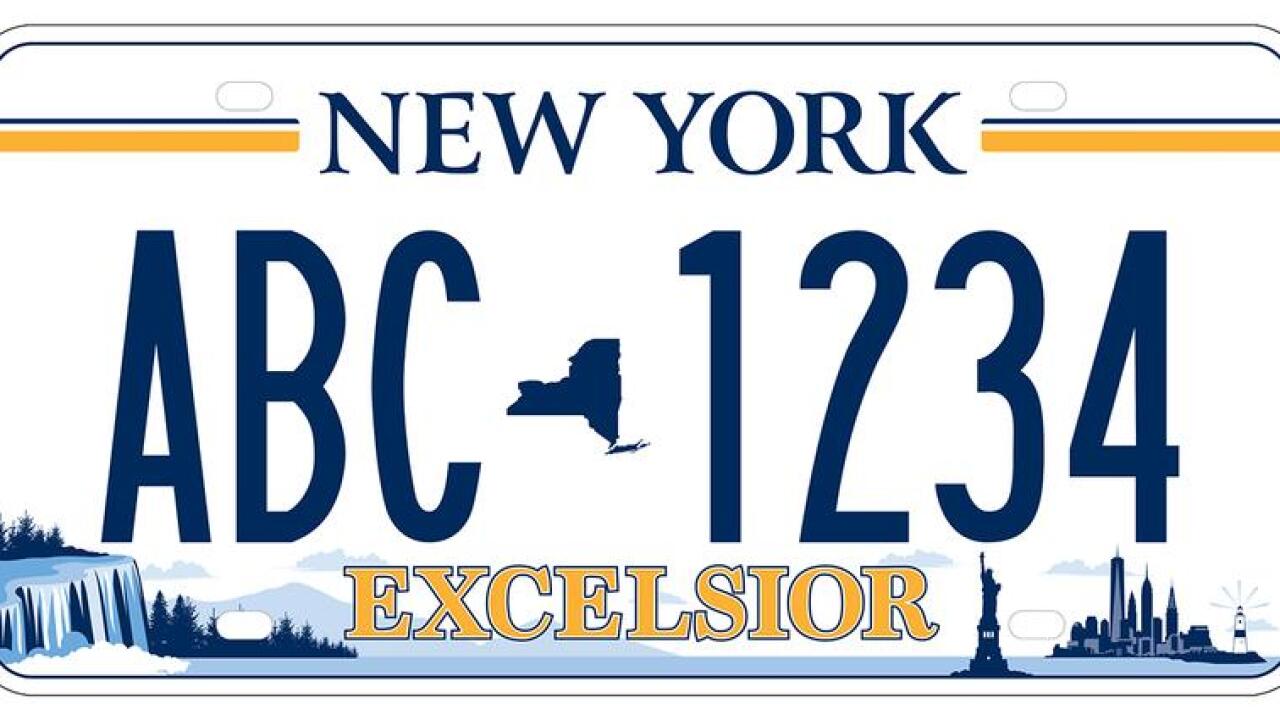 ALBANY, N.Y. (WKBW) — The rollout of New York's new Excelsior license plates has hit a bump in the road.

The state department of motor vehicles has recalled the plates after discovering early in the manufacturing process that they were too reflective, rendering them unreadable by cameras used for cashless tolls.

While some plates were shipped inadvertently to counties, none have been issued to drivers, spokesperson Lisa Koumjian told 7 Eyewitness News.

"The state has already collected and replaced them and they will eventually be reissued," she said.

The new design, featuring Niagara Falls, the Adirondacks, the Manhattan skyline, and the Statue of Liberty, was selected last fall following an online poll.

The current gold and blue plates will continue to be issued until the newly designed plates are ready for distribution.

Gov. Cuomo originally proposed making it mandatory for New Yorkers to replace plates 10 years or older with the new design for a $25 fee. He later put the brakes that requirement following public outcry.

"I don't want anyone to have to replace the plate if the plate is in fine condition," Cuomo said at the time.