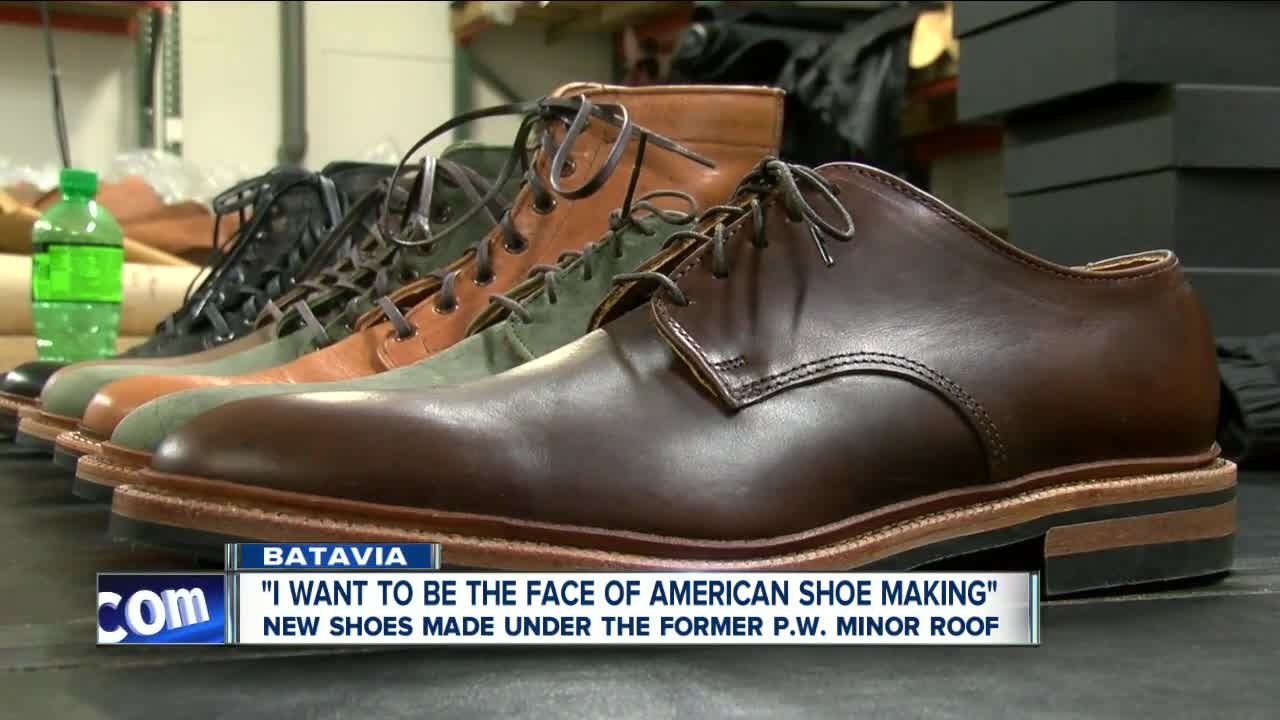 BATAVIA, N.Y. (WKBW) — About a year ago, Andrew Svisco had an idea: inexpensive American made shoes. That's when he came up with Parkhurst Brand.

"I started this from the spare room of my house while working 70 to 80 hours a week as a stock trading analyst for one of the big banks," said Svisco.

When it came time to expand his new business, he did some sole searching. That led him to the former P.W. Minor factory in Batavia. Parkhurst Brand became one of the five brands constructing shoes in the factory, making it not the only shoe company operating in the old P.W. Minor factory. The new owner of the factory is Artisan Boot & Shoe Co.

Jordan Brooks found himself out of a job when P.W. Minor left in October 2018. He said this new operation is just what he and his coworkers need: manufacturing in the building back.

"It's all going to China or somewhere else that's cheaper so they're very far and few inbetween," Brooks said.

Parkhurst Brand has become the new, smaller operation under the old P.W. Minor roof. 90% of the boots are made in America too.

American made boots, right here in WNY. It’s a new operation under the former P. W. Minor roof... AND they’re about half the price of similar boots you find in stores. @WKBW pic.twitter.com/WiGJDy1uKX

"American made - it's just better than anywhere else," Brooks said.

The only part of the shoe that comes from somewhere else is the sole of the shoes. They are made in the U.K. but ordered through an American distributor.

"I want to be the new face of American shoe making," said Svisco.

You can find Parkhust shoes online, the B Flo store at 110 Genesee Street in Downtown Buffalo or Expo 68 in the Eastern Hills Mall.