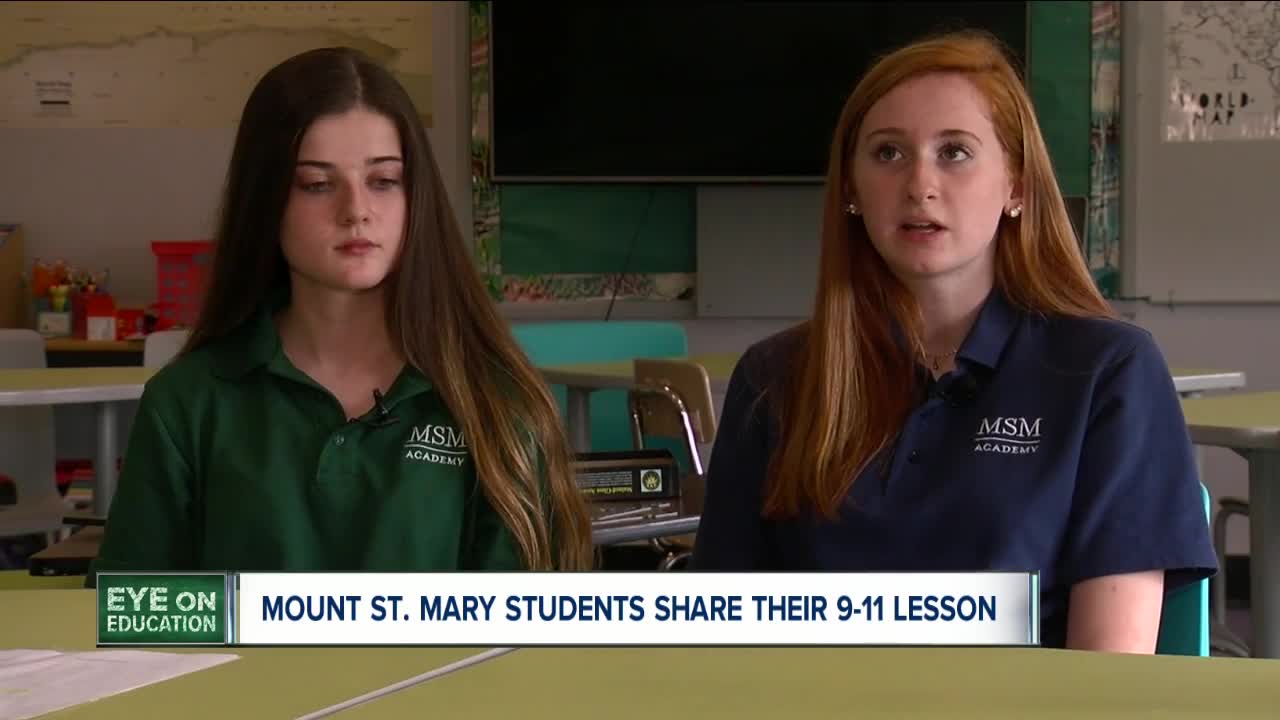 KENMORE, NY (WKBW) — For new generations, 9/11 happened before they were even born. But some local students at Mount St. Mary Academy in Kenmore immersed themselves in the topic.

A group of students heard from a man who lost his wife 18 years ago today.

The high school junior and senior say the trip put a human face on the devastation.

Charles Wolf, a Buffalo native, who lives in New York City lost his wife, Katherine Wolf in the first tower that collapsed.

“He really just like showed us the actually details and it's really like just incredibility heart breaking seeing it…cause that was the first time I ever had been there and it was just so upsetting,” explained Balcom.

“I was sobbing, and I never really usually cry over a lot of things like that and it was really I don't know just enlightening,” said Rosenecker.

The students said they were moved to hear Charles’s wife was called into work early that day.

“Like Ava said, I’m not a super emotional person. I don't cry all the time, but seeing that the only feeling I felt was sadness and I just cried and it's just so upsetting,” Balcom responded.

“As an educator it's that moment you wait for and you hope for because each of those girls, the light went off, they were able to understand 9/11 in a whole different way,” remarked Julie Wojick, assistant principal for Institutional Advancement.

Wojick said the experience for the students “made them emphatic” and they walked away with an understanding of history,

Governor Andrew Cuomo signed a new law Monday allowing for a brief moment of silence in public schools across the state each September 11th.

But the Mount has always held a moment of silence to mark the day and because it's a Catholic school, students also prayed. This year Ava and Kate thought of Charles and his wife

“This time I was able to like keep someone in particular in mind,” Rosenecker responded.

“That’s what I thought about too because last year – this day – it was obviously still heartbreaking – I see on social media and I hear about it, but now I actually can think of like one person rather than a big picture,” replied Balcom.