Overnight fire at house under investigation in Concord 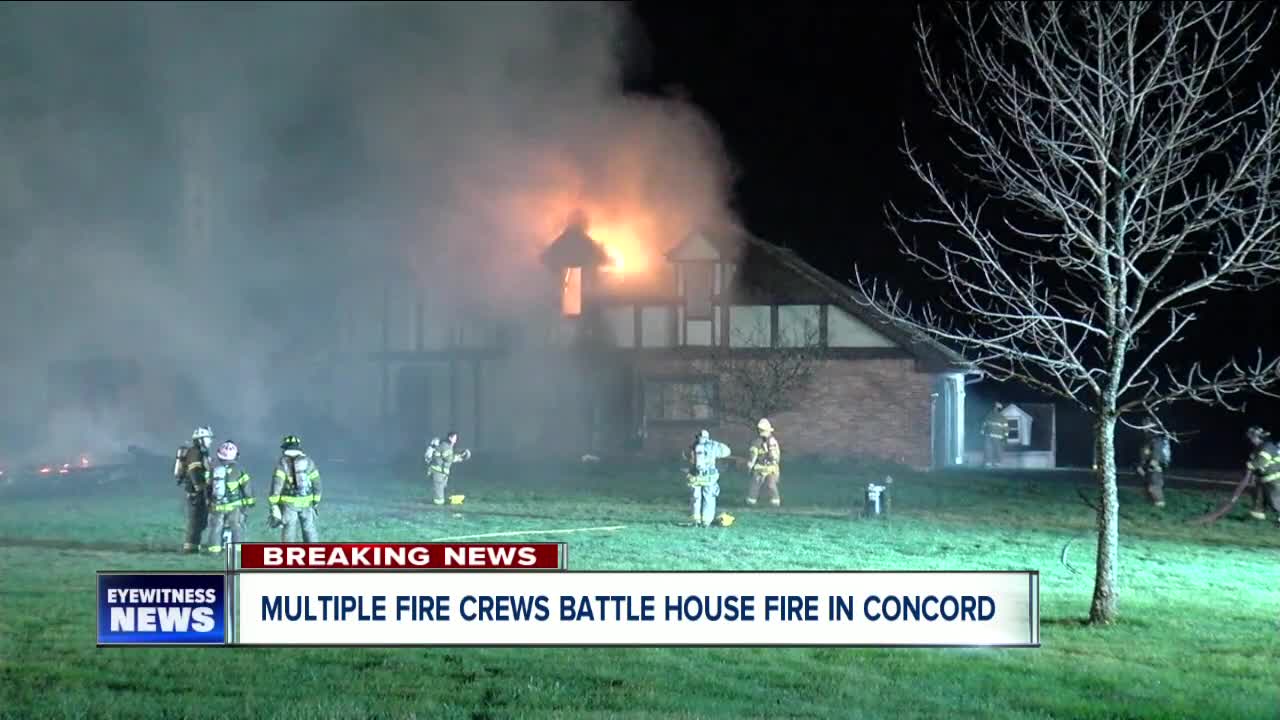 CONCORD, N.Y. (WKBW) — Fire investigators are working to determine what sparked a fire that ripped through a house near Route 219 in the Town of Concord.

Crews responded to the fire on Brown Hill Road around 2:30 a.m. Wednesday.

The owner is Gedriah Muziad-Omar. She and her family were looking for a fresh start. They planned to move from Lackawanna to this new home. They started building, renovating and painting with hopes of moving in on December 1.

When our photographer arrived, thick smoke was pouring out of the home, and heavy flames were seen coming from the second story.

The family was woken up in Lackawanna, by a phone call from a soon-to-be neighbor. That's when they learned their new home had burned to the ground.

12 companies battled the fire. They brought seven tankers to the scene because there were no hydrants nearby. Winds also hampered their efforts, they said.

Hours later there was still smoke and small flames. The owners tell 7 Eyewitness News they're devastated that they have to start over completely.

The home was vacant, as the family was staying at their current home in Lackawanna. No one was hurt, according to the Boston Fire Chief. The Erie County Fire Investigation Unit is investigating how the fire began.