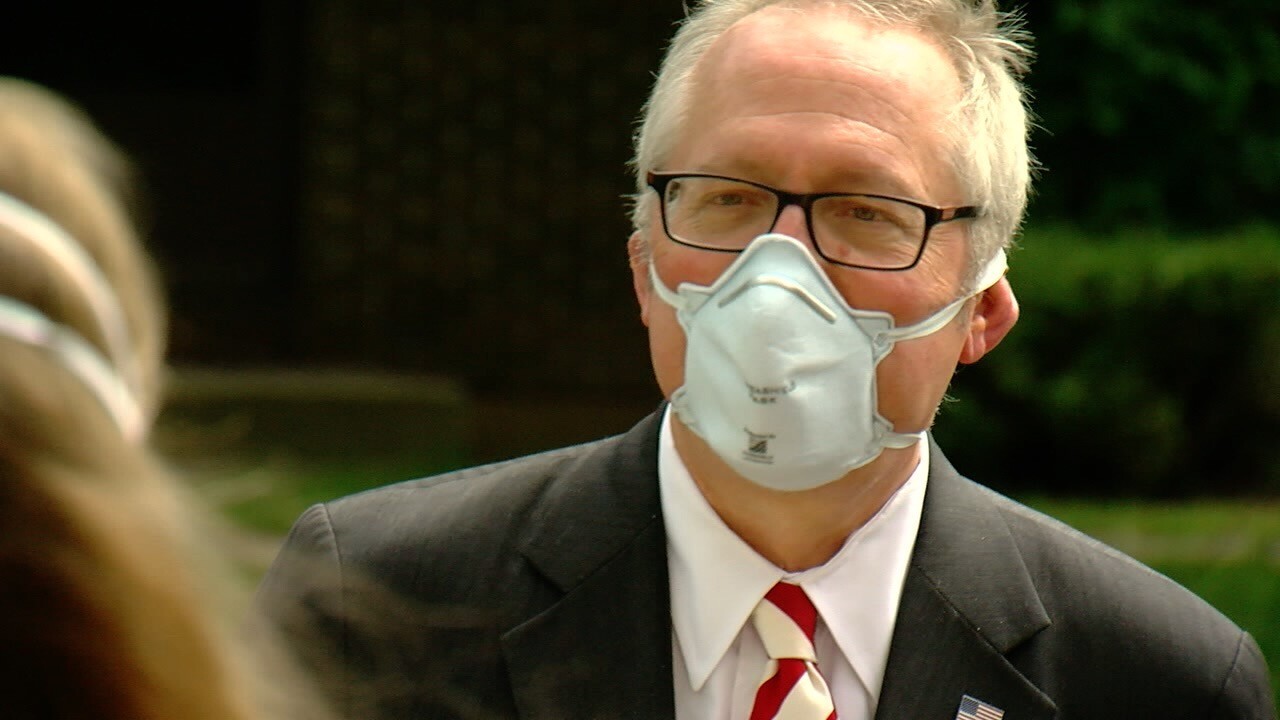 Eileen Buckley
Michael Caputo was in Buffalo in June to during a visit by U.S&gt; Health and Human Services Secretary Alex Azar.

BUFFALO, NY (WKBW) — Michael Caputo, communications aide for the Department of Health and Human Services, is under fire for allegedly alerting weekly Center for Disease Control (CDC) scientific reports on the coronavirus.

According to a report in the New York Times, Caputo has accused scientists of quote “sedition.” The word means to "conduct or speech inciting people to rebel against authority."

Caputo is accused of trying to change Center for Disease Control reports on COVID data to align with President Donald Trump’s views on the pandemic.

He is also accused of trying to change the focus of CDC reports about the risks the virus has on children.

Caputo also conducted a live Facebook session reportedly saying things like the Trump supporters should “carrying guns” and “buy ammunition now” and that scientists don’t want Americans to get well until after Democratic Presidential candidate Joe Biden is elected.

Caputo, who residents in East Aurora, also posting over the weekend on Facebook, that a man was threatening him outside his home upsetting his young daughters. He said he filed a report with the East Aurora Police Department.

But now Democratic Members of the Select House Subcommittee on the Coronavirus Crisis sent a letter to Department of Health and Human Services Secretary Alex Azar and Centers for Disease Control and Prevention Director Robert Redfield wanting answers.

The letter requests for transcribed interviews and documents from the Trump Administration regarding attempts to hold back on information about the virus.

7 Eyewitness News senior reporter Eileen Buckley reached out to Caputo for an interview. In a text, Caputo responded “I’m in D.C. No interviews.”

Caputo, a Republican political strategist, was appointed in April to serve as assistant of secretary of public affairs for Azar.

Caputo has been a highly controversial figure and shortly after his appointment, CNN pushed a Caputo tweet that made racists remarks against Chinese people and COVID-19.

The tweet, from March, was deleted, but it stated “Sure, millions of Chinese suck the blood out of rabid bats as an appetizer.”

Caputo had also used the hashtag “#ChineseVirus” a repeated phrase used by President Trump throughout the pandemic.