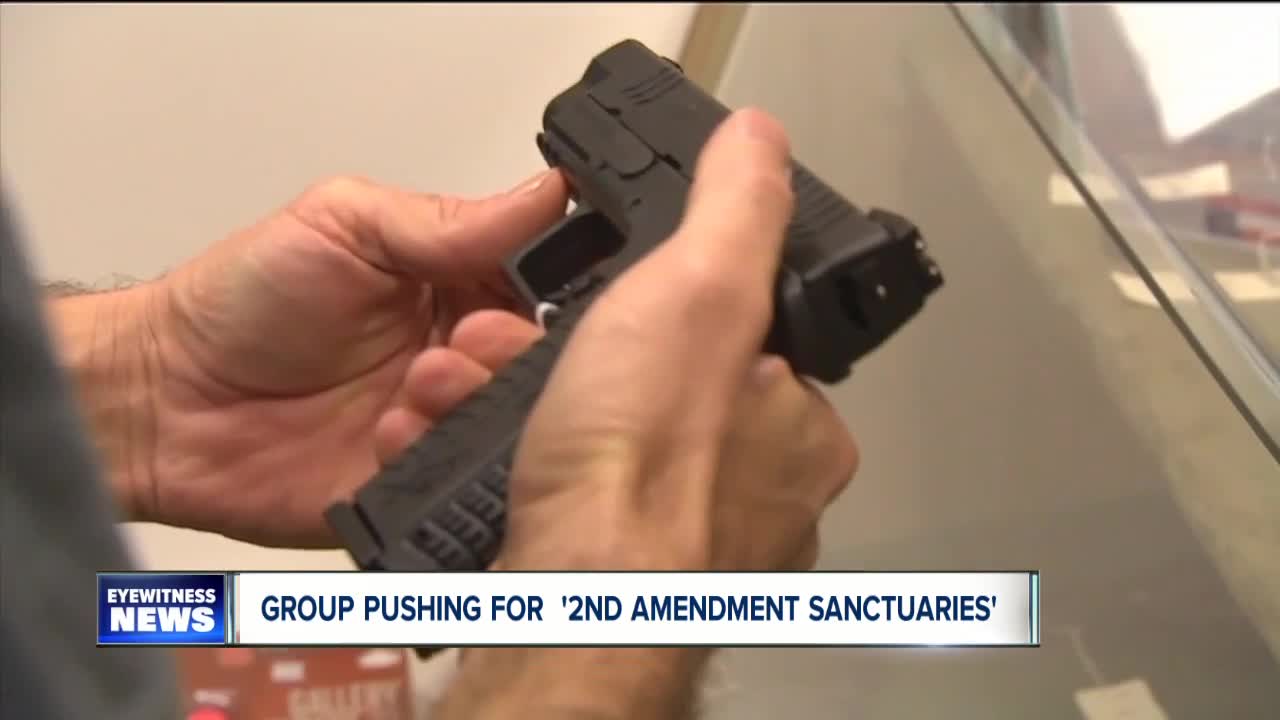 The debate over gun control is back in the spotlight as one group is leading a movement against gun control. 2ANYS hopes to do so by creating "2nd Amendment Sanctuaries."

BUFFALO, N.Y. (WKBW) — The debate over gun control is back in the spotlight as one group is leading a movement against gun control. 2ANYS hopes to do so by creating "2nd Amendment Sanctuary Counties".

This would be a county law requiring county officials (including district attorneys, law enforcement, etc.) not to participate in New York's Safe Act. This does not get rid of gun control.

"This does not supersede state law. It simply requires that county officials such as sheriff's deputies don't participate in gun control enforcement," said Steve Felano, the group's founder.

State police would still be able to enforce the Safe Act in these sanctuary counties. Felano is working with 12 counties statewide, including Wyoming County locally and the town of Grand Island. One local council member is considering it.

"I would think that would be regrettable if we had to take that measure, but I do support it if that's what it takes to defend our second amendment rights," said Mike Madigan, Town of Grand Island Council Member.

"They're unenforceable. They're probably unconstitutional. I have every confidence that the people of the state of New York and the county support the gun safety legislation that's enacted," said Paul McQuillen, director of WNYers against Gun Violence.

Felano is participating in several legal battles against New York State, including one involving Erie County. He plans to continue taking legal action against the state.

McQuillen says the goal of his organization is to keep people safe, not take away guns.

"I think we could work hand in hand if we didn't have to have constant push back," said McQuillen.