Lewiston boy runs again, after losing his leg in an accident 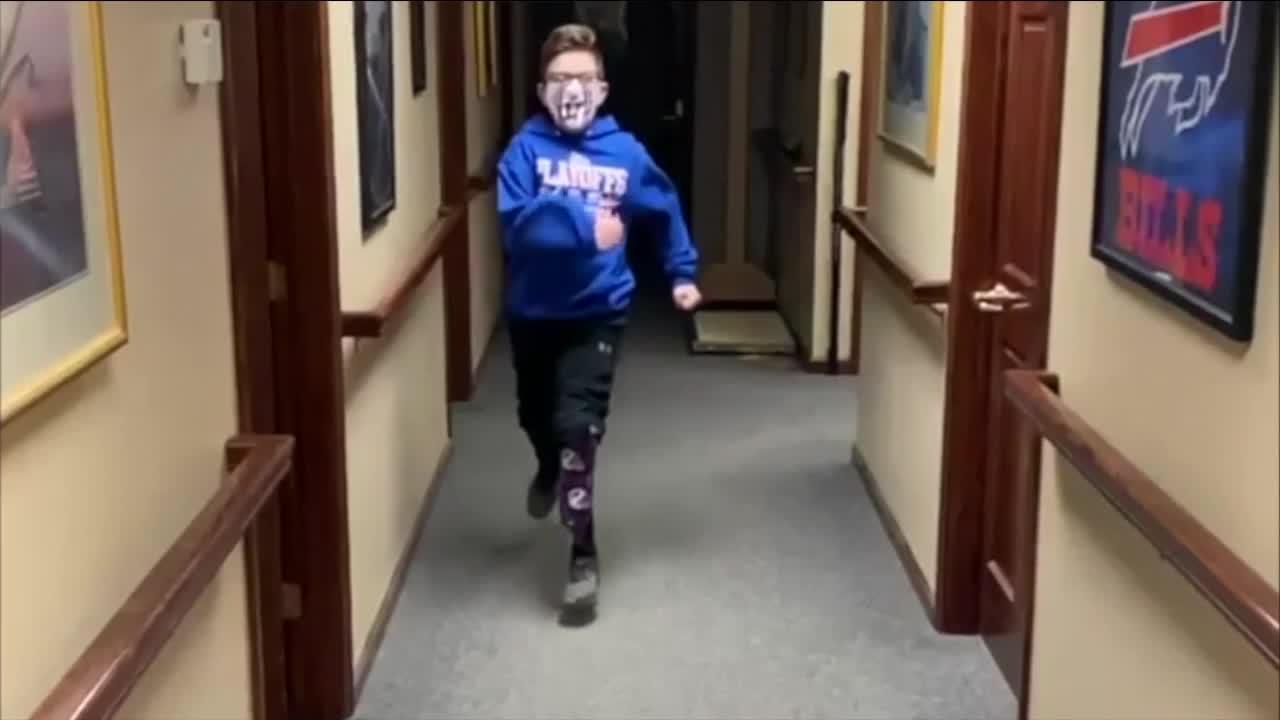 Gavin says he hopes to run a marathon some day.

LEWISTON, N.Y. (WKBW) — The Burns are a fun-loving family from Lewiston. Their fun was put on hold on the first day of June in 2018.

“It’s a horrible vivid memory in our,” said Jackie Burns.

Jackie is Gavin’s mother. He was 10 in 2018. His leg was injured by a lawn mower. He was flown by Mercy Flight to the hospital and his leg was amputated.

Not long after, he said he’d like to do one thing.

While lying in a hospital bed, his mother recorded him on her phone. She asked what he wanted to run.

For years Gavin has been using a prosthetic that would limit his range of mobility. That meant no jumping, no running. That just changed.

“We got a phone call from Nelson’s telling us that Dan and Brad had made it happen for our son and that he would be getting fitted for his new prosthetic,” said Gavin’s mother.

This new prosthetic let’s him be a kid again. Something is two brothers have noticed and appreciated.

“As a parent, as a dad, it made me cry,” said Gavin’s father, Jason Burns.

“Pretty excited,” said Gavin about his new prosthetic and what it means for him.

He's running through the kitchen now, but one day he says it will be a marathon.

“All kids want to do is run. And he got his dream back,” said Jason Burns.