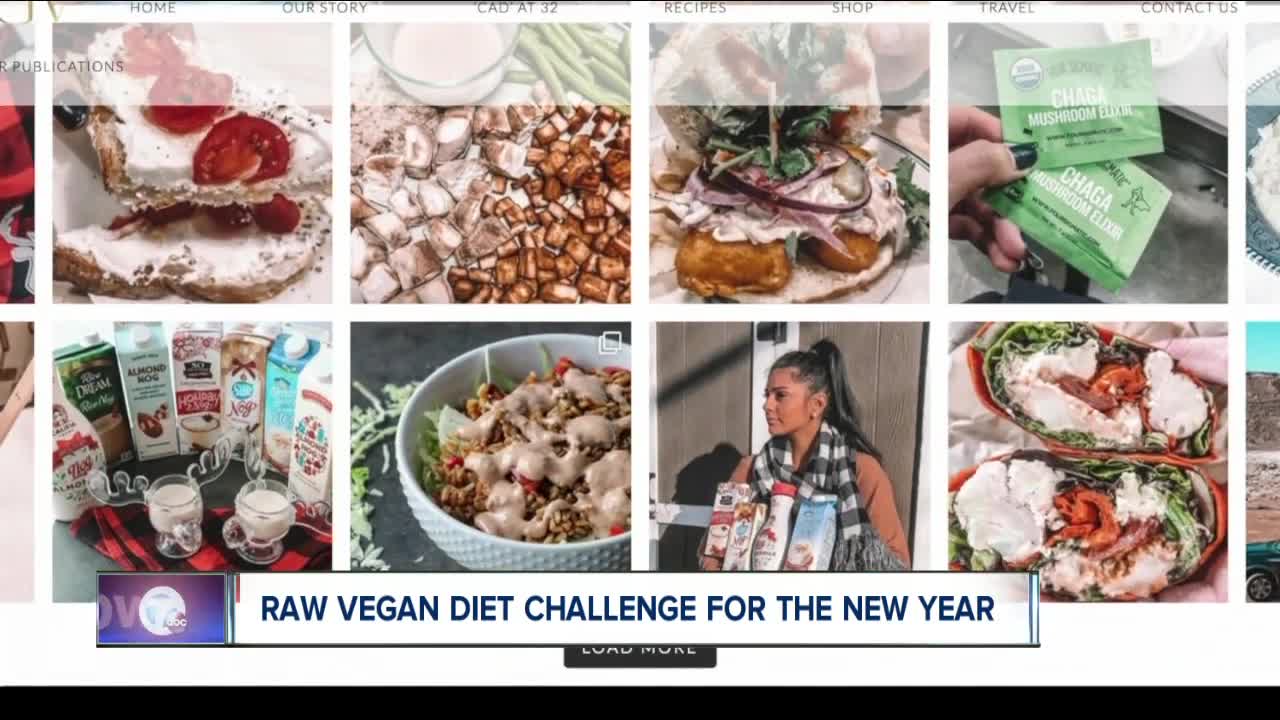 Could you part ways with not having coffee every morning? One West Seneca couple is giving up caffeine and many other classic foods to try a new challenge.

BUFFALO, N.Y. (WKBW) — Could you part ways with not having coffee every morning? One West Seneca couple is giving up caffeine and many other classic foods to try a new challenge.

Alex Miller and Brittany Kruse will be on a Raw Vegan Diet for 31 days. The couple has been vegan for a year and a half now and wanted to challenge themselves into only eating non-processed raw fruits and vegetables for a month.

The couple started focusing on what they ate after Miller was diagnosed with heart disease two-years-ago. Doctors found an artery that was 99% blocked and Miller realized he needed to change his diet in order to stay alive.

"The health benefits are just unreal and we really wanted to challenge our bodies and minds," Kruse said.

Food Nerd , a Buffalo vegan food prep and delivery service is making all the meals for Miller and Kruse.

"What we do is prepare the food that increases the bioavailability of the food and makes it easier to digest," Sharon Cryan, Food Nerd founder said. "Gives you energy and helps you feel really amazing."

Today starts the challenge, but the couple has been documenting their vegan adventure on their vlog, White Glove Vegan . The website shares recipes and educates people on what being vegan really means.

"We want to bring everyone together, I want Buffalo not to be known as the chicken wing capital of the world," Miller said. "But more plant based kind of menu."

The couple will be posting videos and pictures all month long for people to follow their food challenge. They even had a blood test, stomach bacteria test, and was weighed today as a baseline to see how much their bodies will change at the end of the month.