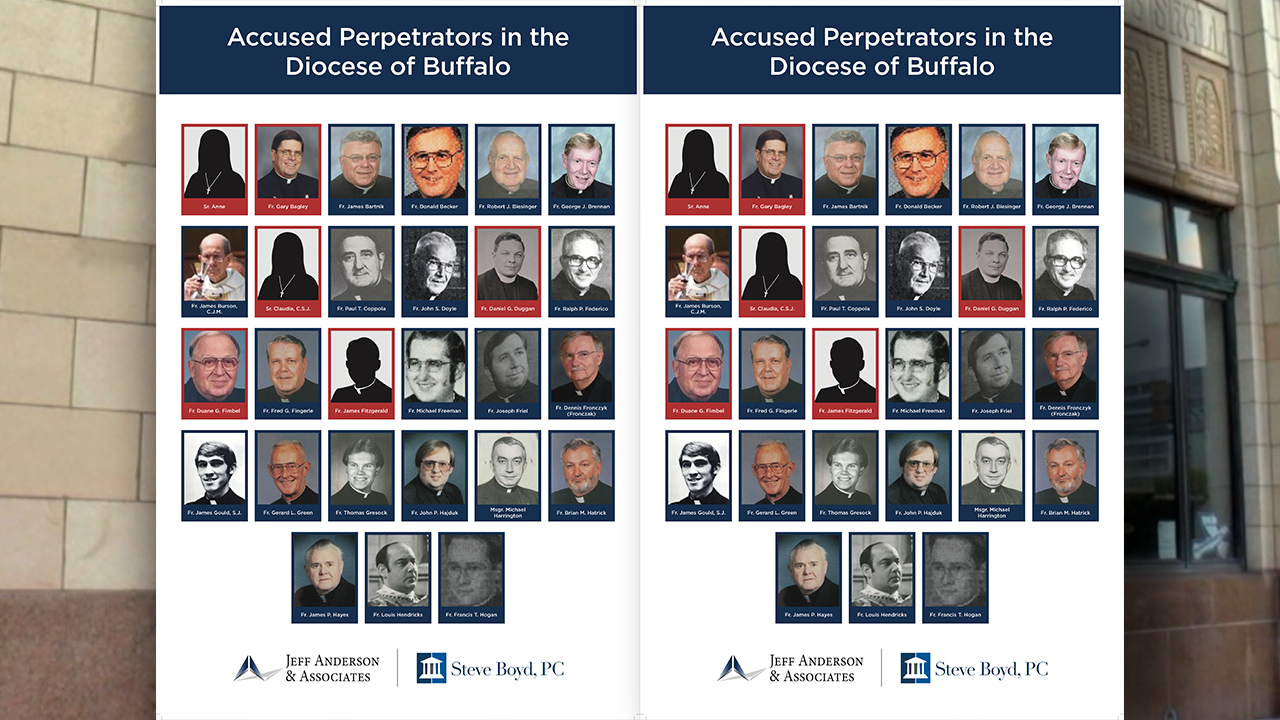 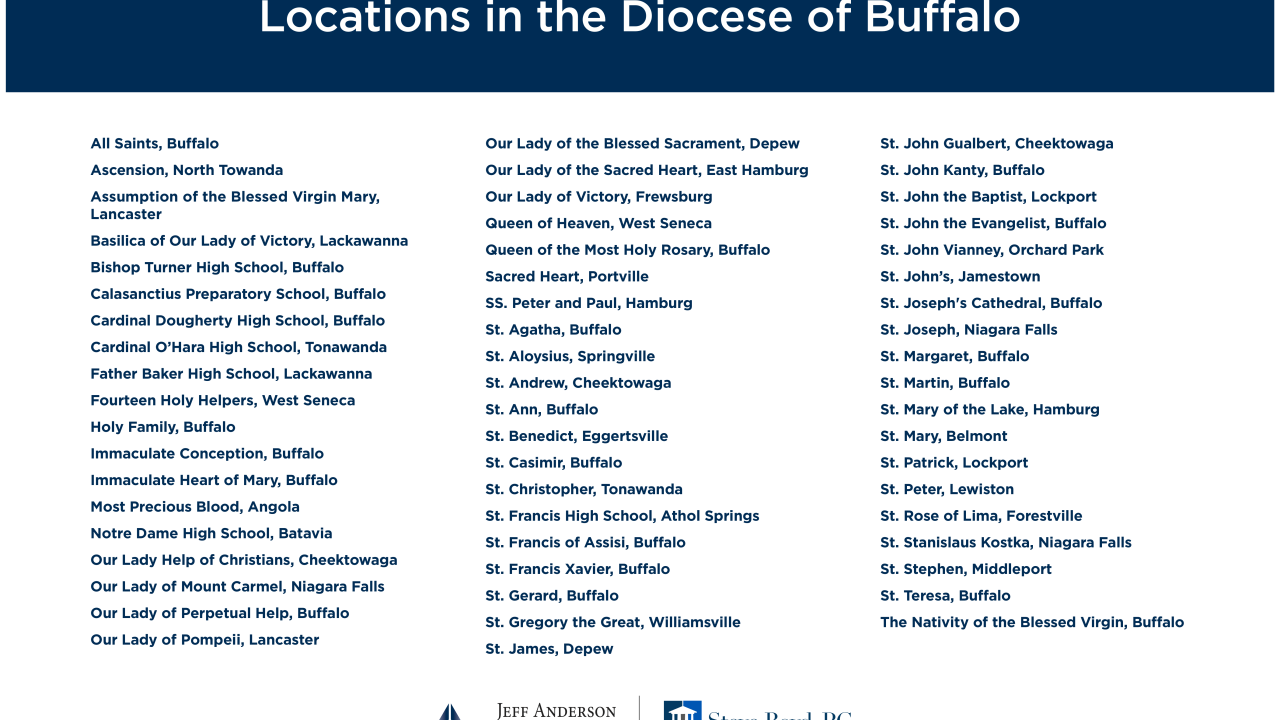 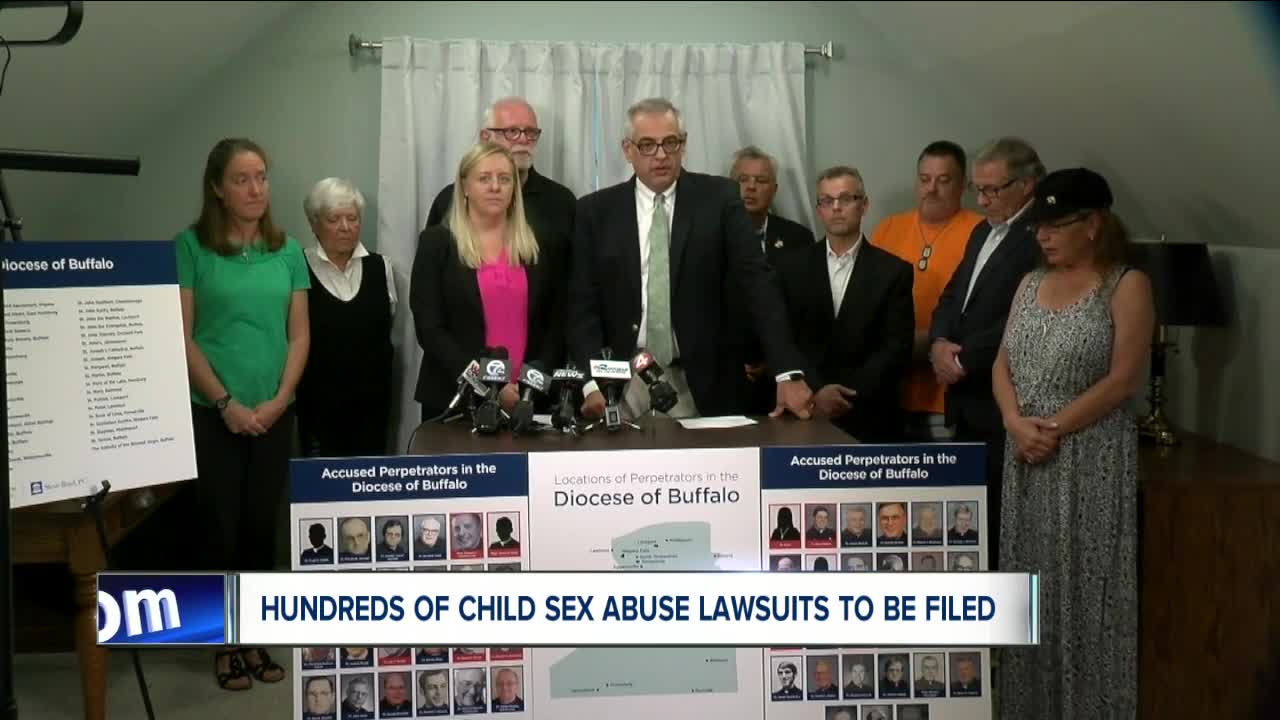 BUFFALO, N.Y. (WKBW) — The former director of youth ministry for the Diocese of Buffalo is among a group of clergy named publicly for the first time in lawsuits filed on behalf of sexual abuse victims.

The law firms of Jeff Anderson and Associates, and Steve Boyd, PC announced Tuesday more than 80 lawsuits will be filed against the Buffalo Diocese Wednesday under the Child Victims Act, which lifts the statute of limitations in civil cases and opens a one-year window for victims to take legal action against abusers.

Among the newly accused is Father Gary Bagley, who served as a youth minister for the diocese from 1986 to 2001. He died unexpectedly in 2006 at the age of 59.

More than 150 Buffalo priests and religious have been accused of sexual misconduct, with most of the revelations coming in the last year. Buffalo Bishop Richard J. Malone is under intense pressure to resign as bishop for his handling of abuse cases involving, minors, adults, and seminarians.

In his prepared remarks, Malone personally apologized to to victim-survivors of abuse.

"I want to assure everyone that children within the Church today are safe," Malone said.

In a recent interview with ABC's Nightline, Malone said there were no active priests in the Diocese of Buffalo facing credible allegations of child sexual abuse.

"The diocese encourages anyone with a claim of abuse to contact the civil authorities and the diocesan Victim Assistance Coordinator so that the complaint can be investigated," Kathy Spangler, a spokeswoman for the diocese, said in an email.