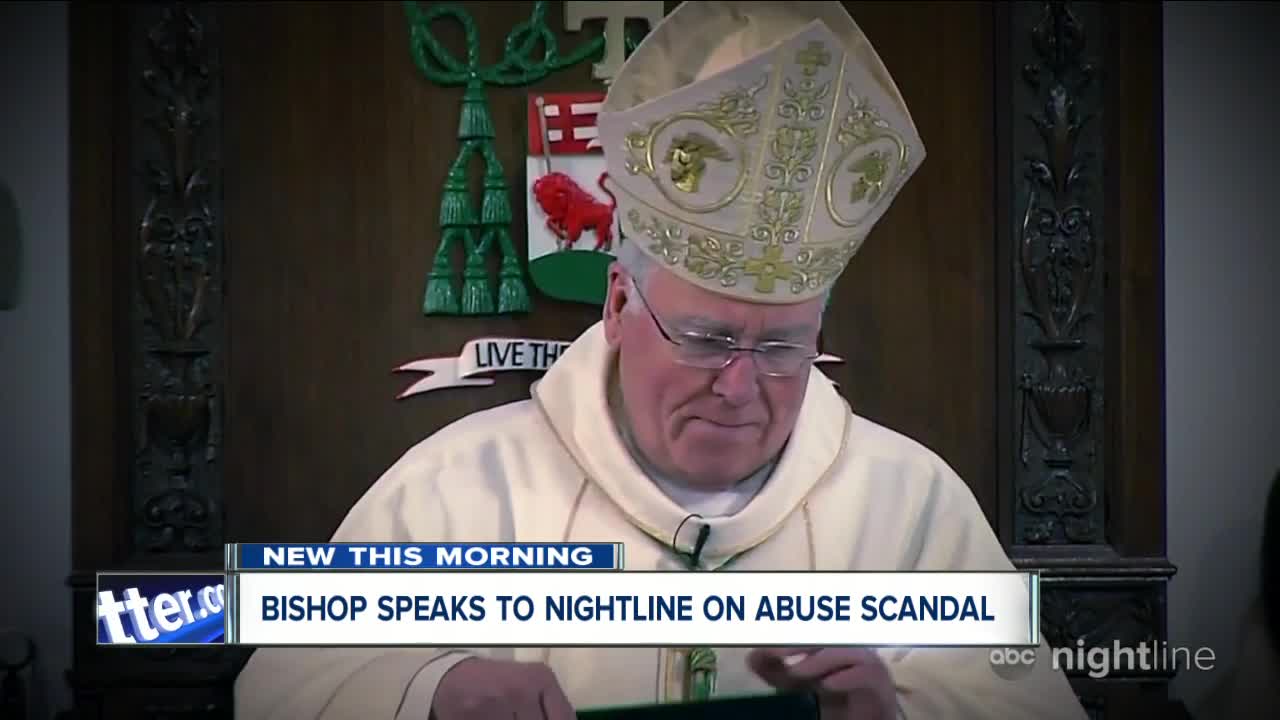 Bishop Malone spoke to ABC News for Nighline. He says more priests could be added to a list of more than 100, with sex abuse allegations against them. 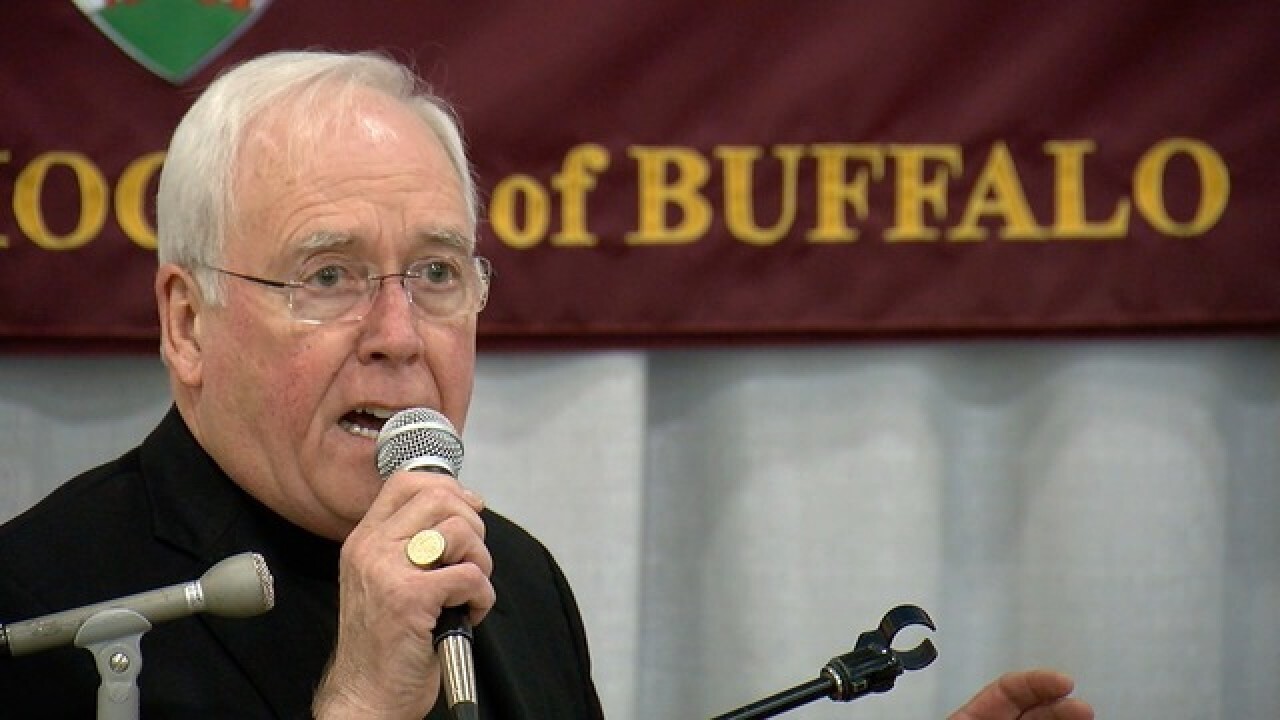 BUFFALO, N.Y. (WKBW) — After years of conflict and what some would believe is a cover up, Buffalo Bishop Richard Malone says, "there is no priest who has been accused of abuse of a minor, the case has been investigated and substantiated, who is currently in ministry."

The Bishop spoke with ABC News as part of Thursday night's "Nightline."

Malone has turned down any number of interview requests from the I-Team to talk about the scandal, rocking the Buffalo Catholic Diocese.

The Diocese originally released the names of 42 priests, with substantiated claims of abuse against them. That list later grew to more than 100.

ABC News asked the Bishop if there was a cover up within the Church.

"No, I don't believe it was damage control. I know that's been said often. And I say it wasn't a cover up, because every single case that has come in has gone to our diocesan review board," Malone said.

But what about the idea there could still be priests in active ministry, who have been accused of abusing minors?

"No-- there's no priest with a substantiated, what you called credible, allegation of abuse of a minor in ministry in this diocese. I can testify to that honestly and 100%," Malone said.

"No priest who has been accused of sexually abusing a minor," Wright questioned.

"No, I didn't say that. Some accusations cannot be investigated, 'cause the priest is dead, or there are other reasons why the investigation cannot," Malone said.

Malone told ABC News he's expecting more names to be added to the list of priests, credibly accused of sexually abusing children, before the investigation is over.

"We’re not finished with the list at this point," Malone said.