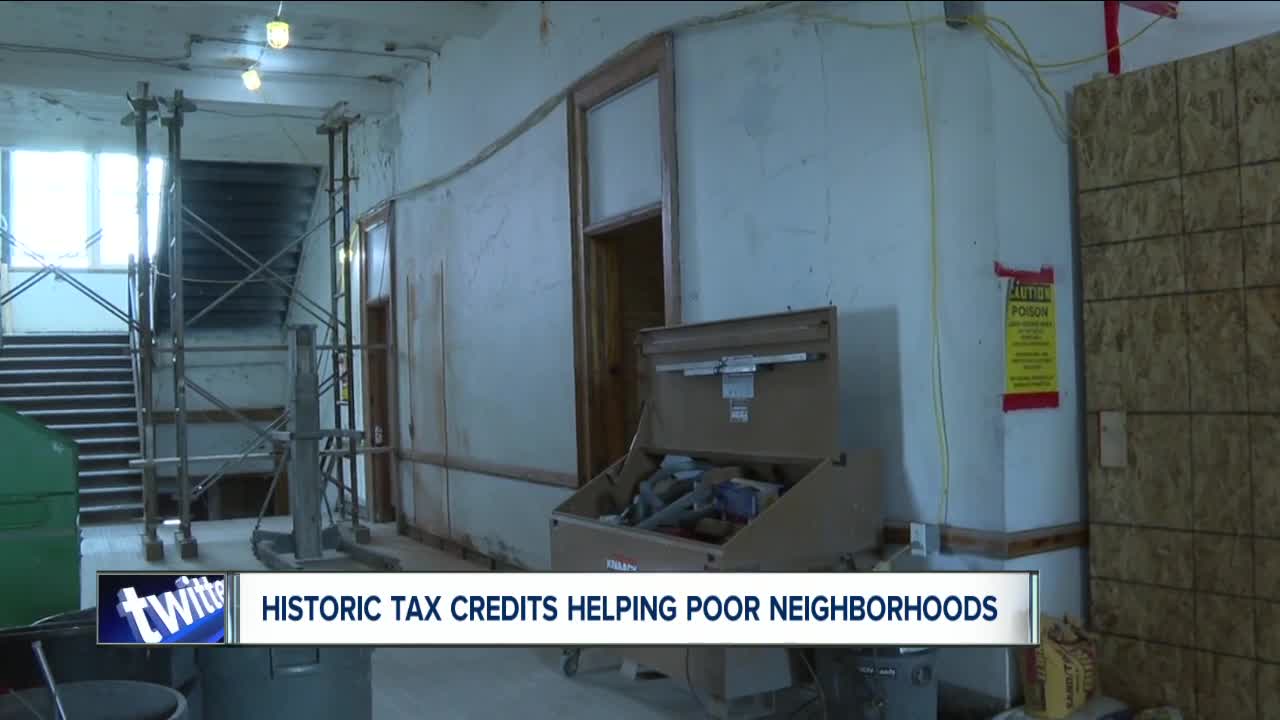 BUFFALO, NY (WKBW) — Buffalo’s Hotel Lafayette, The electric tower and Asbury Hall -- what do these downtown landmarks have in common? They were all restored courtesy of historic tax credits.

And now those credits are making their way into distressed neighborhoods with a number of buildings now getting a second chance.

This is finally the part of Buffalo's economic renaissance that many have been waiting for with redevelopment now spreading into the poorest parts of the city thanks to historic tax credits.

“Historic tax credits are a crucial piece to the puzzle for neighborhood stabilization and revitalization,” remarked Higgins.

The vacant school building is getting tax credits because it is more than 100-years old and was the first elementary school in the nation to have an in-ground pool.

“A vibrant community asset for education that then became a community eyesore that now is going to morph again, we hope, into a beautiful butterfly,” said Marlies Wesolowski, executive director, Matt Urban Center.

Wesolowski says her organization hurried as an agency to get into the historic tax credits. She noted the former building will no longer be an eyesore for neighbors.

“From being a community eyesore and that's what it was - it had all these broken windows in it, and it was really, really falling apart to something that it's going to be and it's going to be 27-new units of affordable housing,” Wesolowski explained.

The new development will be called Hope House.

Congressman Higgins says 69-percent of those historic tax credits are now making their way into neighborhoods.

Higgins after years of concentration in Buffalo’s downtown core the region is now seeing the use and benefits of historic tax credits – reaching in to our local neighborhoods.

Along with the Broadway Fillmore neighborhood, the historic tax credits include several other structures on both the east and west sides of Buffalo and even into the city of Niagara Falls.

Higgins provided a list of examples of Historic Tax Credit investments in Buffalo neighborhoods include:

The chair of the Historic Tax Credit Coalition, Merrill Hoopengardner, appeared with Higgins.

Hoopengardner said she often uses Buffalo as an “example” of how a city can capitalized on federal and state incentives.

“When I go around the country to speak at different events, I usually say you should be like Buffalo,” Hoopengardner said.

“I think we will always be under threat, but it’s successes like Buffalo…which will bring more people in the coalition to push back on any efforts…to eliminate this program,” Higgins responded.