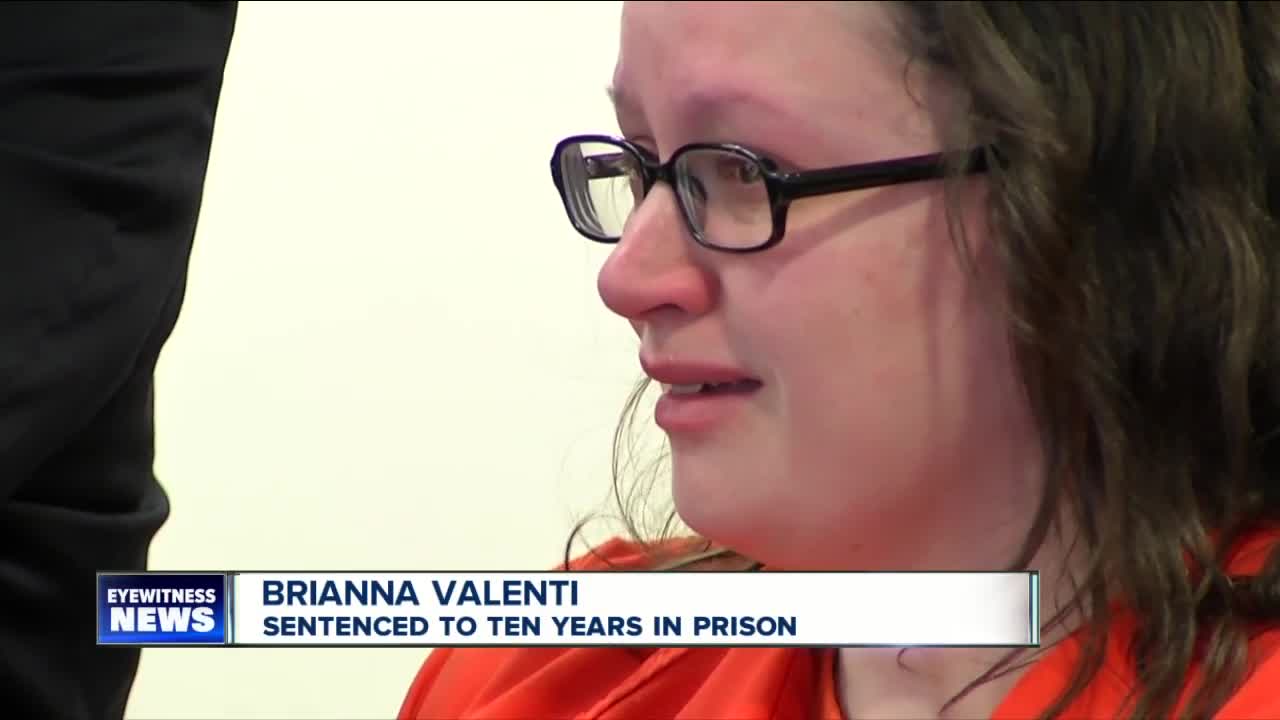 27-year-old Brianna Valenti received a 10-year prison sentence for Manslaughter. At least eight and a half years of that sentence must be served before she is eligible for parole.

This summer, Valenti admitted to shaking Raelynn Rose Fuller to death. The incident happened last year. The young girl was the daughter of Valenti's boyfriend.

In court Monday morning Valenti spoke to the family. She was handcuffed and wept.

"I would really just like to apologize to the family because I know they trusted me with Rayelynn and I did loved her as my own your honor and if there was anything I could do to bring her back – I would give my own life for it – I would," Valenti stated.

But before the judge issued the sentenced, Valenti's attorney, Robert Cutting, tried to change the story of how the little girl was injured. The lawyer claimed the baby hit her head on the refrigerator, knocking herself unconscious and that Valenti shook Raelynn to try and wake her up.

"There is no indication on any of the medical records at all that this baby had any bruising to her body at all or there was any evidence that she hit her head on anything hard enough to knock her unconscious where she had to be shaken to wake up," Flynn said.

The child's grandmother, Trish Haney, spoke on behalf of the family. She read a statement from her daughter Kelly Haney.

"Miss Valenti was a mother herself – a mother who knew what would happen to a toddler if they were shaken as violently as Raelynn was," Haney read.

Kelly Haney also wrote Valenti was "a mother who promised me she loved my child like her own."

"How could a mother with her own child care so little about mine after she swore to protect her and love her as her?" wrote Haney.

The letter to the judge was asking that she not be lenient on the defendant.

“There’s nothing in my life that compares to the devastation we have endured this past year and for all of our sake, please do not make this any harder by giving my daughter the proper justice,” stated Haney.

In the letter, the mother also described her two-year old as “beautiful” and a “baby sent directly from heaven.”

“She didn’t fuss or cry anymore then she needed to – a child who lite up the room just by a mention of her name – a child who had a whole life ahead of her and was cut short by someone she should have been able to trust,” Haney wrote.

Sadly, the letter also referred to the lack of future the mother will have with her daughter.

“I no longer get to go prom dress shopping with her. And it makes my heart ache to think of walking across stage in a cap and gown – like I did – while I was pregnant with her,” Haney’s mother read from the letter.

The mother's statement also stated how the family is devastated, filled with "hatred", "grief" and "regret" for not seeing the signs of abuse sooner.