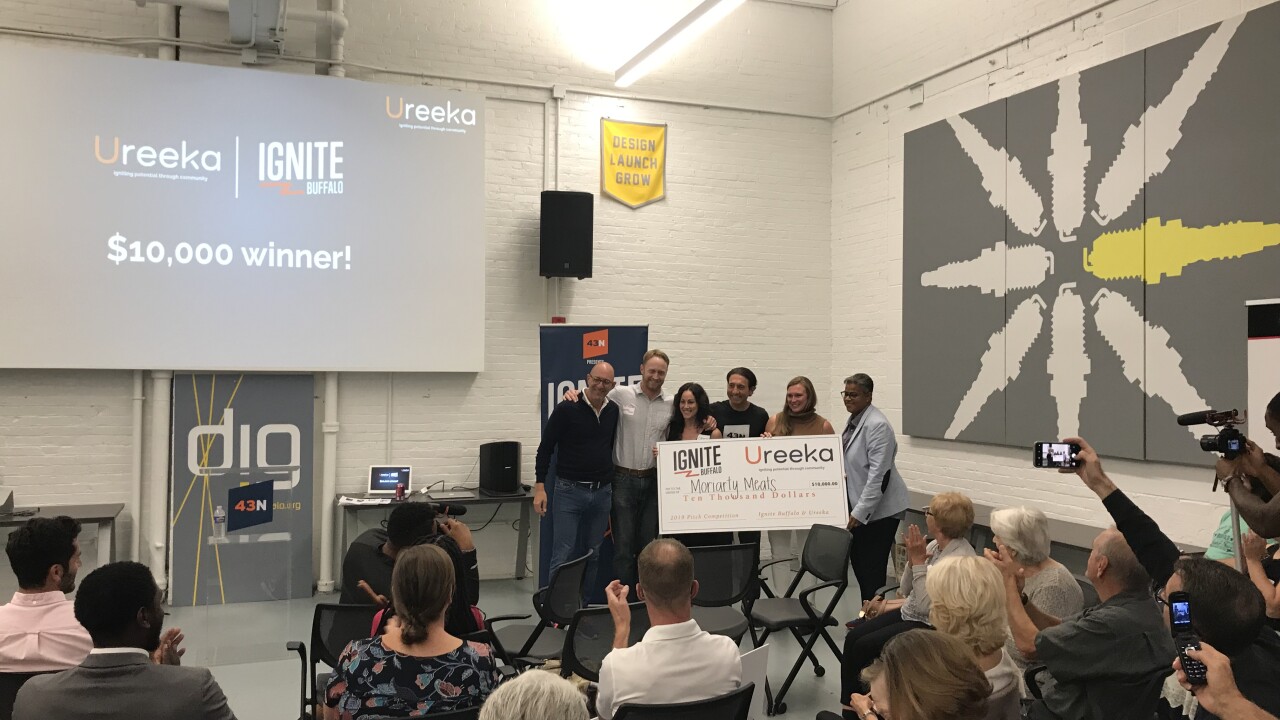 Moriarty Meats beat out four other small businesses that pitched live to a panel of judges for a share of $30,000 in cash prizes.

The competition was a partnership between Ureeka, an online startup development community, and Ignite Buffalo, a program established by 43North.

The four other prizes of $5,000 each were awarded to Alpine Made, Big Norwegian Kombucha, Renew Bath and Body, and Zandra Beauty.

Tom described Moriarty Meats as an "Old World" kind of butcher shop that is reminiscent of European butcheries.

"There's a certain romanticism about it that we don't have here," Tom said to explain the American and European style comparison.