"We are going to fight for every single vote" 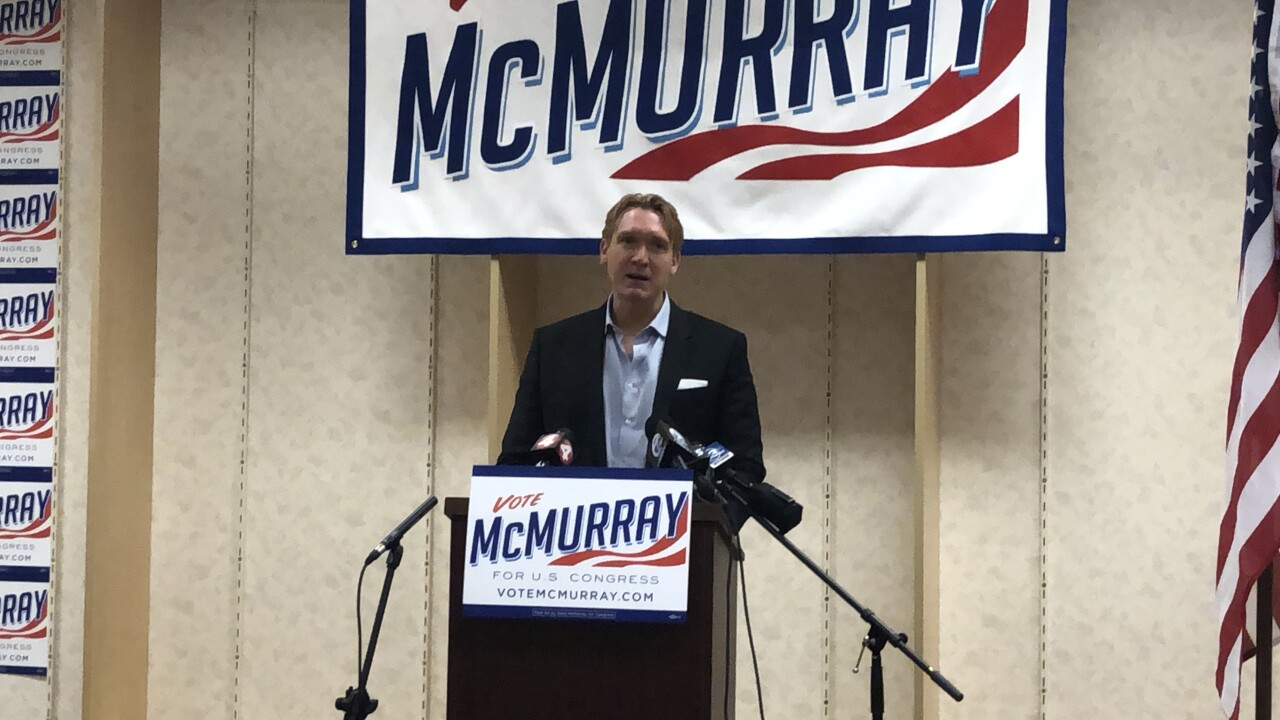 McMurray hosted a small 'watch-party' at his campaign headquarters in Hamburg Tuesday night for his run in the special election for NY 27.

But it was COVID-19 style with just a few campaign supporters all wearing masks.

McMurray said it has been a tough campaign against Republican opponent Chris Jacobs to fill the congressional seat vacated by Chris Collins who will serve prison time for insider trading.

McMurray said with the thousands and thousands of absentee ballots outweighing votes cast Tuesday at polling places, he's pledging that ever single vote will be counted.

“We’re going to make sure that every single vote is counted. That’s going to be a challenge. We’re not going to let them steal this election,” McMurray stated. “Those are the votes of the people of NY 27 - the nurses, the police officers, the first responders, the teachers — people who could not vote in person.”

The Democrat talked about how his opponent is very wealthy with the backing of corporate America.

“When you have billions of dollars, like the Jacobs’ do, they can buy just about anything — and trust me they are going to be 'lawyered' up and try to rob votes from us, but we are too — we are preparing for that and everyone out there should know we are going to fight for ever single vote,” McMurray explained.

McMurray said he believes Jacobs quote “sold his soul” by having the support of President Trump.

“He sold his soul and the check has bounced — this is not who he is. He wasn’t a Trump guy,” McMurray remarked. “And to have the president of the United States attacking me, was not easy."

McMurray said he has talked to many of the voters throughout the district and believes they are unhappy.

McMurray's campaign manager said the mail in votes for both Erie and Monroe counties might not be counted until July 7.

McMurray's campaign team made 6,000 phone calls and 22,000 text to voters Tuesday as a final get-out-the-vote effort.

Waiting to get inside @Nate_McMurray headquarters. This is his cardboard cutout, but he’s already here and tells @WKBW his campaign staff made 6,000 get out the vote calls & 22,000 texts to voters. https://t.co/LytNOrwArE pic.twitter.com/IAYJRAKmaA

Even if McMurray losses the special election, he will be the Democratic candidate in the November election.

“November, we’re excited about November,” McMurray replied. “Five more months is nothing and we are going to be ready for November.”