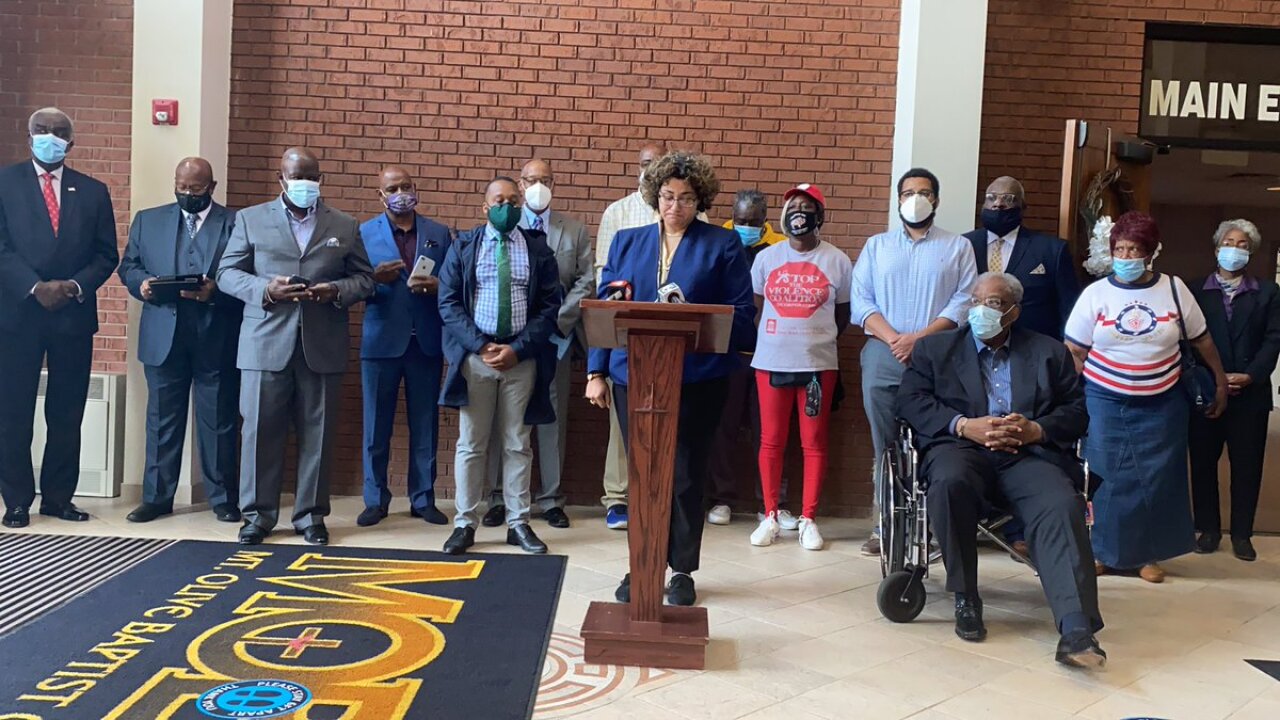 BUFFALOM N.Y. (WKBW) — A group of WNY organizations came together in Buffalo to spread a message of unity and call for change in the criminal justice system. They're calling for seven reforms to be implemented immediately.

"Everyone here is concerned with community safety, whether it Black on violence, whether it be police on violence, everybody here wants to make the City of Buffalo a better community and have a positive response to some of the tragedies that have occurred in Buffalo," said John Elmore, Attorney and Co-Chair of the Minority Bar Association of WNY (MBAWNY).

The MBAWNY has a criminal justice task force of lawyers that have been working for months to draft these suggestions. Joined by the Urban Think Tank, the NAACP Buffalo Branch, the Concerned Clergy of WNY, Stop the Violence Coalition, and others, they hope to bring the community closer to the principle of "equal justice under the law."

Here are the 7 reforms they're calling for:

"The City of Buffalo is negotiating a police contract and hopefully these meaningful, well thought out reforms will be put on the bargaining table and when the contract is finalized, that all seven of those will be part of the police contract, which will make our community safer," said Elmore.