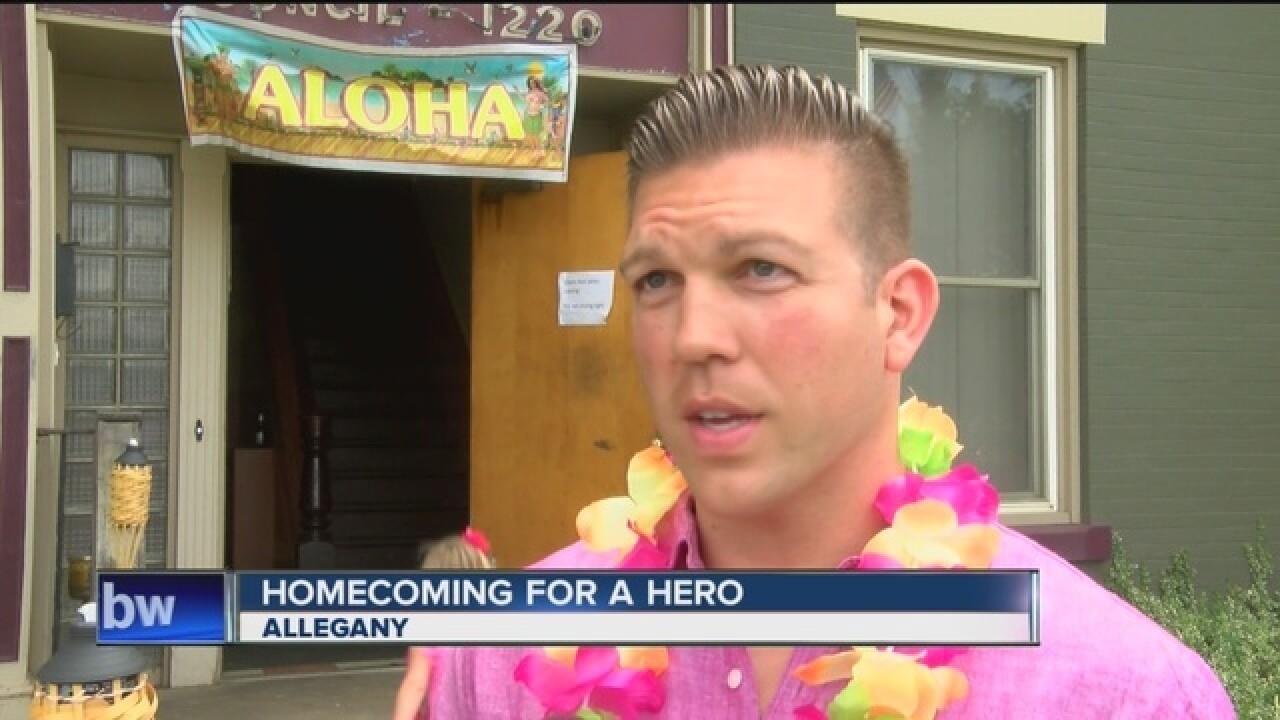 ALLEGANY, N.Y. (WKBW) — After performing at the 3rd Annual Southern Tier Wounded Warrior Benefit Concert in Allegany over the weekend, country music singer Eddie Montgomery of Montgomery Gentry had the pleasure of meeting local veteran LTC Patrick Miller, to thank him for his service.

The singer caught up with Miller calling him, "an American hero" and recognizing his work to help veterans in their families in a video posted to Montgomery Gentry's Facebook Page.

Miller, an Iraq veteran, was sitting in an office at Fort Hood in April 2014 when he heard gunfire and ran toward the danger. He was shot two inches below his heart. While wounded, LTC Miller put pressure on his own wound while moving soldiers behind a door to safety.