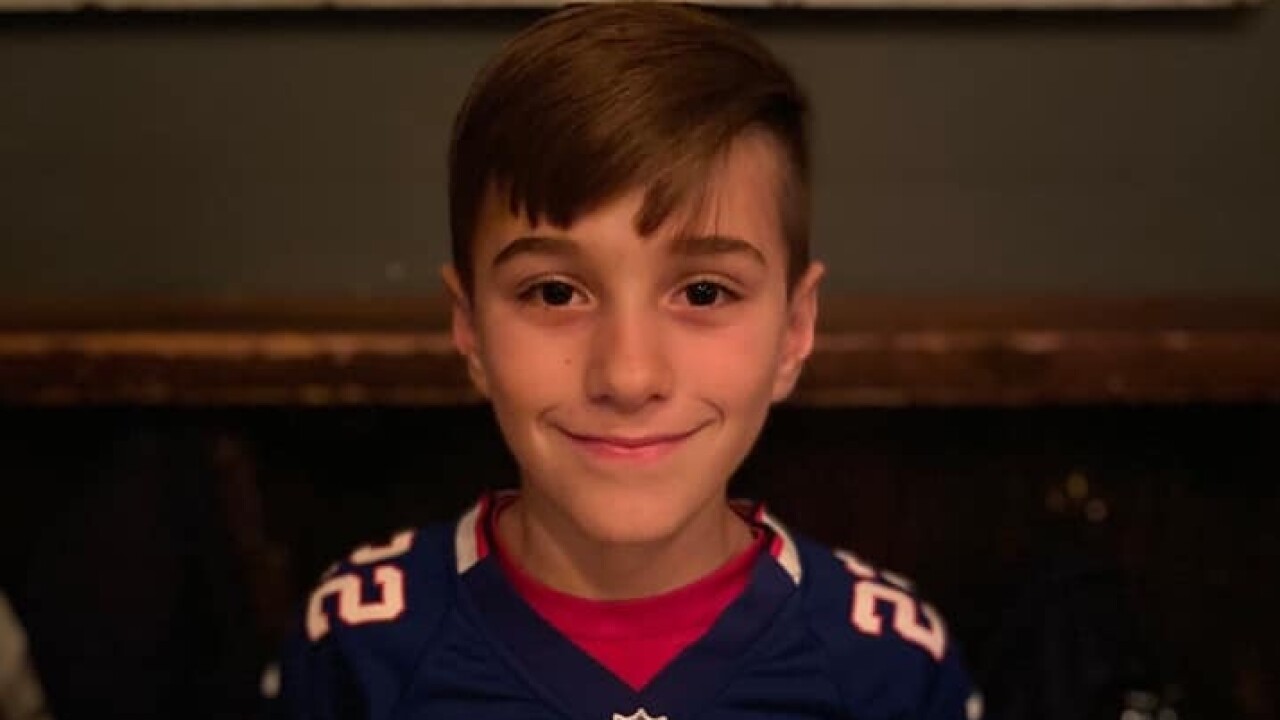 BUFFALO, N.Y. (WKBW) — Neighbors across Western New York will honor an 11-year-old boy who died while fighting the flu by lighting their porches orange.

A Facebook event has been set up by a family friend to honor Luca Calanni. They are asking Western New Yorkers to join them in "lighting up the night orange."

Luca passed away Saturday at Oishei Children’s Hospital after complications from the flu, his family says. The Erie County Department of Health reported the death Saturday but would not elaborate further.

Calanni came down with the flu early last week, according to his mother Ashley Calanni. He was brought to his doctor three days in a row for some relief. Wednesday, he went to the hospital for fluids, and according to Ashley, was doing better after being diagnosed with septic shock.