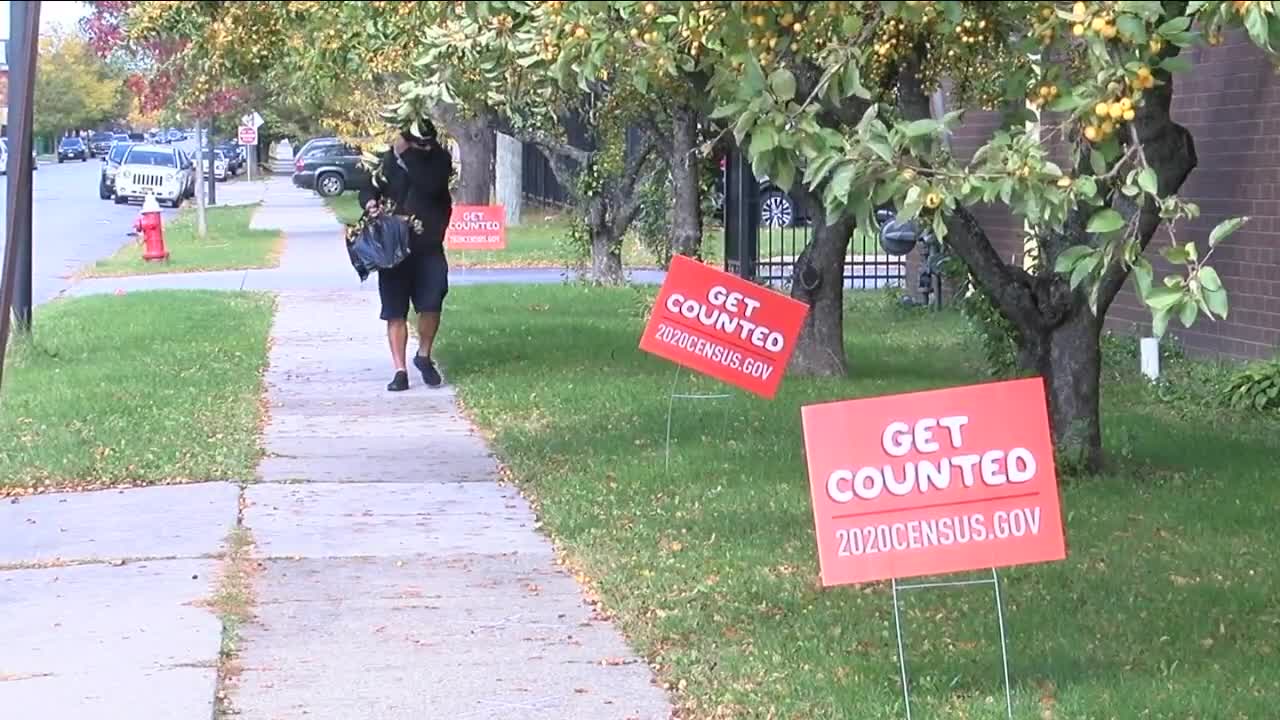 BUFFALO, NY (WKBW) — The city of Buffalo has been losing population since the 1950’s, but now that the U.S. Census 2020 deadline has past, city leaders are hoping a new Buffalo will boost its population.

The Census count is taken each decade.

But the city has just completed a major effort to get residents counted.

Buffalo’s west side is considered a hard to count area based on the 2010 Census.

At The Belle Center on Maryland a daily food pantry pick up was used to help count residents.

Candelario says they took the census count very seriously, but some residents resisted.

"Some were lack of knowledge or understanding, a few were of the un-trust, didn't trust the government with their information. They thought it would be shared,” Candelario explained

She said there were language barriers that also made it difficult.

But the city made sure it covered the many languages spoken in Buffalo, recording public service announcements in several languages, including Arabic, Burmese and Spanish.

The city ended its census count with a self-response rate of about 54.4 percent. That figure doesn't reflect those who mailed in their census.

Jessica Lazarin, director of the Office of New Americans for Buffalo, says the Census will decide how much in federal funding buffalo will receive for a number of vital programs that reach many in need.

With many new residents moving to Buffalo from all parts of the globe and Buffalo's large Hispanic community places like The Belle Center worked very hard to get people counted.

Candelario says once people understood why they were being asked to fill it out, they were willing.

“I can't give you a percentage, but i know it was well received,” Candelario noted. “You moved the meter?” Buckley asked. “We did — we did — we tried and it's not because we stood here, we also went to other events,” Candelario remarked.

“I filled it right away — as soon as it came in the mail,” Ruth Rodiguez replied, west side resident.

Rodriguez says she and her neighbors filled it out as soon as it arrived.

“They were like — yep were filling — I said good we need that to be filled out and send it as soon as possible,” Rodriguez responded.

The city says we should know our census count in December.