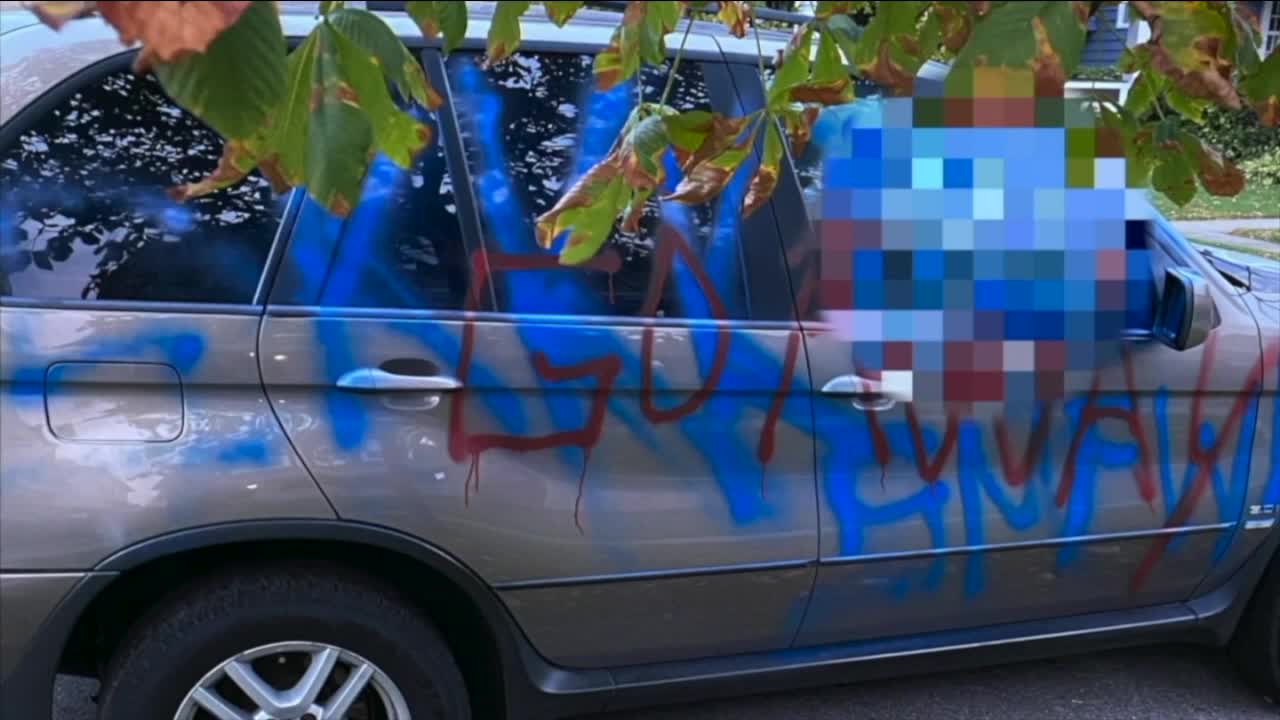 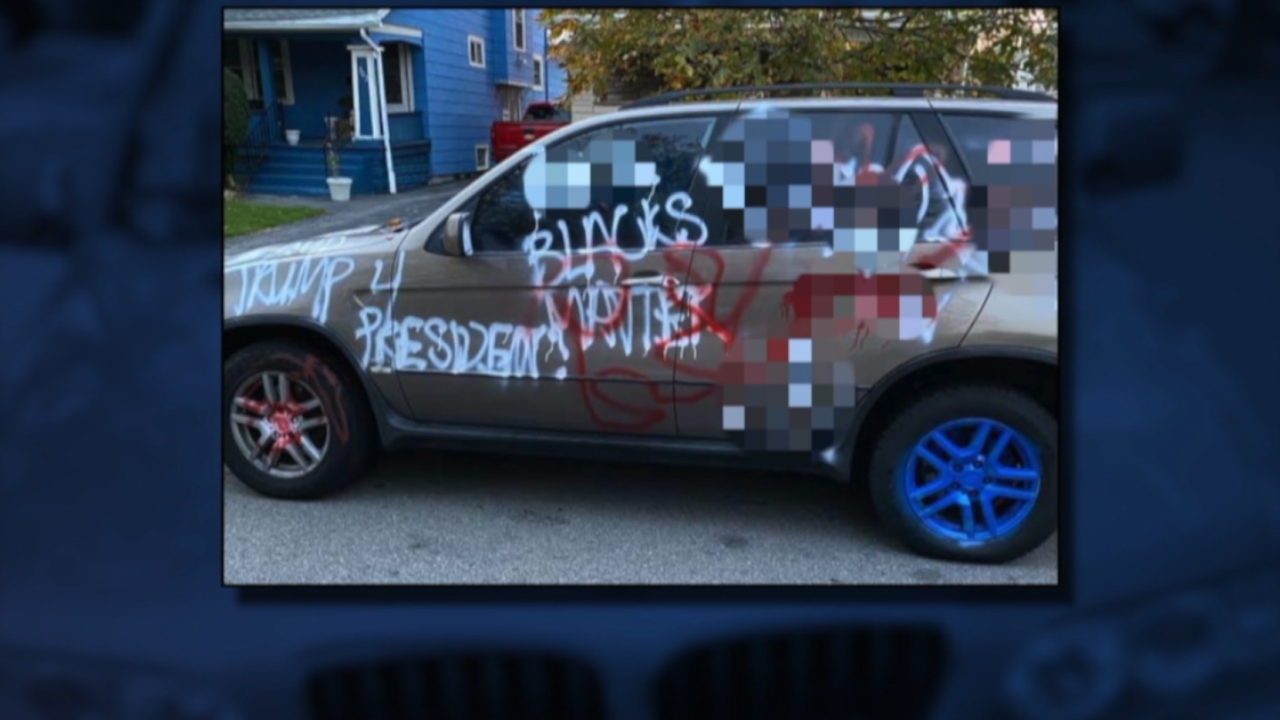 "It turns out that Mr. Eutsey did it himself," said Erie County District Attorney John Flynn. "He allegedly called the insurance company up to try to get a claim for the damage to his car."

Eutsey spoke with 7 Eyewitness News a day after his 2004 BMW was found on Saranac Avenue with racial and homophobic slurs painted on it and said at the time "I never thought that happens, I thought that was stuff that happened in movies."

The original Facebook post showing the vandalism was shared hundreds of times, with many comments alleging the damage was staged, by Eutsey himself. Something he rejected when speaking with 7 Eyewitness News at the time.

But prosecutors say that's exactly what he did.

Police say it was then, a week later, Eutsey was observed by Buffalo Police leaving a running car unattended on Erskine Ave. Police say when they caught up with him, he was found to be driving without a license and had two loaded and illegal firearms on him.

He was released on his own recognizance for the insurance fraud charges, and released on bail for the gun charges.

Eutsey is due back in court January 11.