“I just wanted to give people a place to sit" 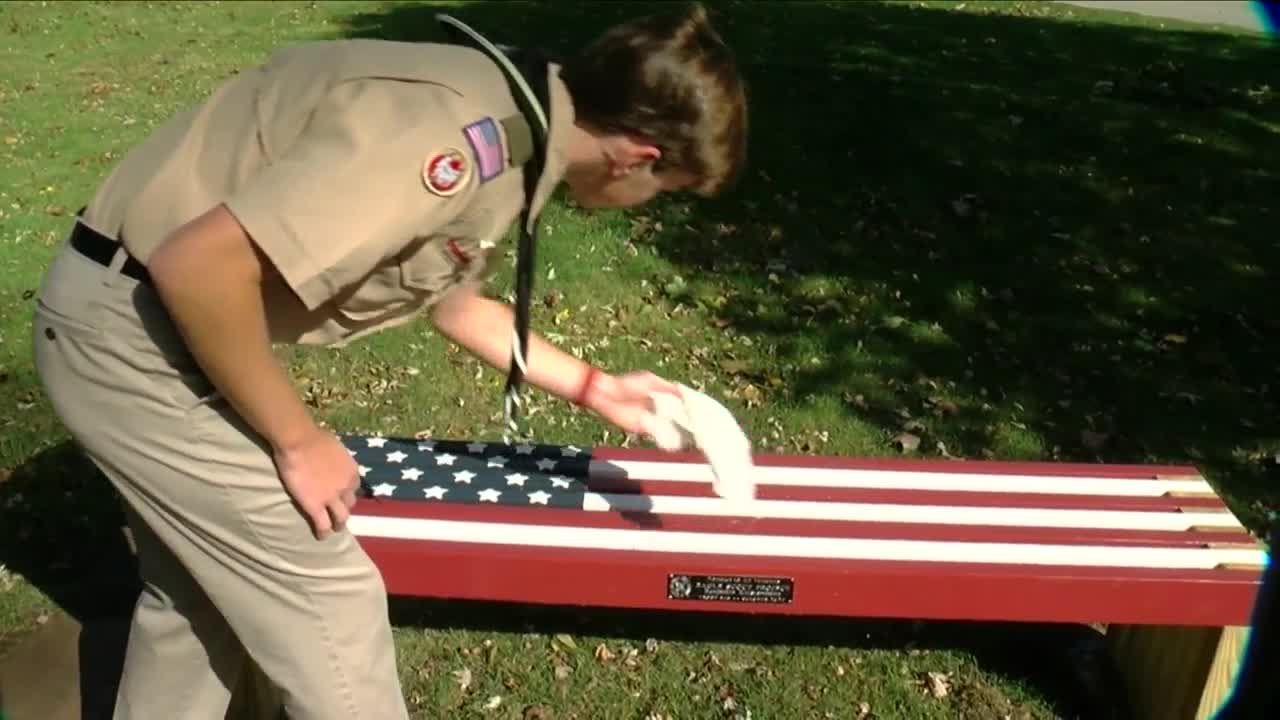 Klostermann, 17, rides his bike past this Veterans Memorial Park in the Village of Lancaster every day.

But he noticed there wasn't a place for people to sit and enjoy the park that pays tribute to war veterans.

“I just wanted people to be able to admire what the brave men and women — do for us,” Klostermann explained.

That's when Ben contacted the VFW Post in Lancaster asking if the Post would sponsor his Eagle Scout project to build two benches.

“It’s heartbreaking — it's heartbreaking because we don't have enough youths doing what Ben does and I mean it is so admirable — everything isn't lost around here,” responded Jim Wier, VFW Post Commander, Lt. Col. Matt Urban VFW POST 7275.

Wier responded to the request with a yes. Then Wier contacted Village of Lancaster Mayor Bill Schroeder to approve the park project.

“I think we need more of that in our society, especially today, I have a passion for our veterans — they have done so much for our country,” remarked Schroeder.

“It took a lot of planning — I did learn a lot — learned about leadership,” Klostermann reflected.

The Canisius High School senior got approval and paid for the project from money he has been raising as he works toward becoming an Eagle Scout, creating flag-themed, wooden benches.

“I had a lot of money in my scout account, so I’ve been saving up — doing other fund raisers — bottle drives — flower sales,” Klostermann noted.

Ben attributes his passion to pay honor to those who have served from his father's military service.

His dad retired in 2015 after a 26-year military career in the U.S. Marine Corp that included two war deployments.

“My dad is one of my biggest idols. I look up to him for everything,” replied Klostermann. “And he went over to Iraq and Afghanistan two separate combat deployments.”

Mayor Schroder surprised Ben with a proclamation Tuesday during our 7 Eyewitness News interview to honor the teen for his work at the park.

The benches will serve as a place for the community to sit and reflect about those who have served their country.

“I stopped here one day, just during the week and within two hours over 70 people walked by and looked at the benches — it was a good feeling, a very good feeling,” stated Wier.

“I just wanted to give people a place to sit — enjoy these wonderful monuments,” reflected Klostermann.