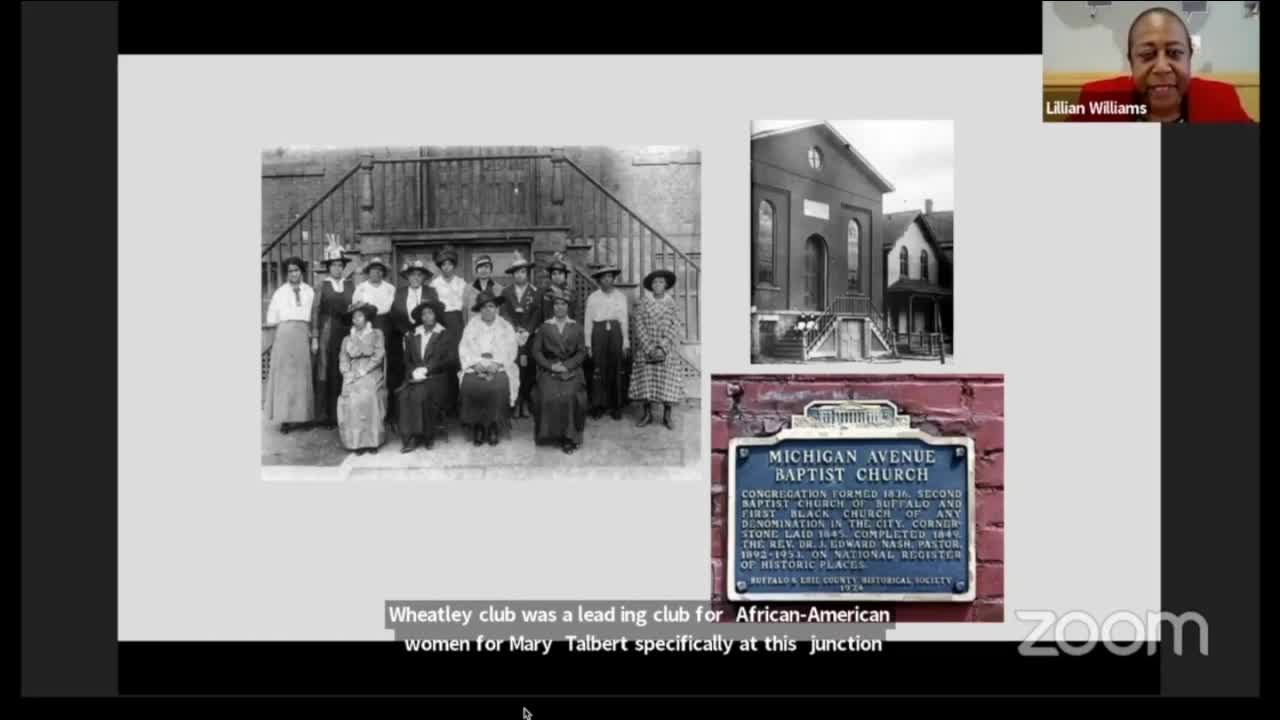 Mary Talbert was an activists, suffragist, reformer — a force for change. She left her mark in Buffalo. Talbert died in 1923 and her final resting place is in Buffalo at Forest Lawn Cemetery.

Talbert's life and legacy are still having a profound impact all these years later.

“Her biography is now being disseminated widely and people are absolutely amazed that she did these things and she's a Buffaloian,” remarked Dr. Lillian Williams, associate professor, University at Buffalo.

The University at Buffalo professor hosted a zoom conversation Thursday titled: “For such a time as this: Mary Burnett Talbert and the struggle for social justice”.

“She lead an anti lynching campaign in response to the atrocities that were purported on against Blacks,” explained Williams.

It was at her home where W.E.B. Du Bois visited and formed the Niagara Movement in the late 1800's.

Out of that movement Talbert formed the Buffalo Chapter of the NAACP.

“As an officer in the NAACP, she was constantly working to alleviate racism. She established branches of the NAACP across the country,” Williams noted.

Williams reflecting on how Talbert fought against injustices and worked for better policing.

“She sat on boards to get changes to occur in the police department in Buffalo — it was extraordinary that she was appointed first of all,” Williams said.

“50-years before the modern civil rights movement and here we are about 50-years and fighting the same fight,” Williams said.

The UB historian encourages the new generation leading the current movement not to give up.

“And these young people are educating each other too. I think that’s an important component that we cannot over look. If Mary Talbert — under the circumstances — achieved what she did — you can too,” reflected Williams.

Dr. Williams tells us she was instrumental in making sure that Mary Talbert's name was part of UB’s north campus when it was under construction back in the early 70's in Amherst.