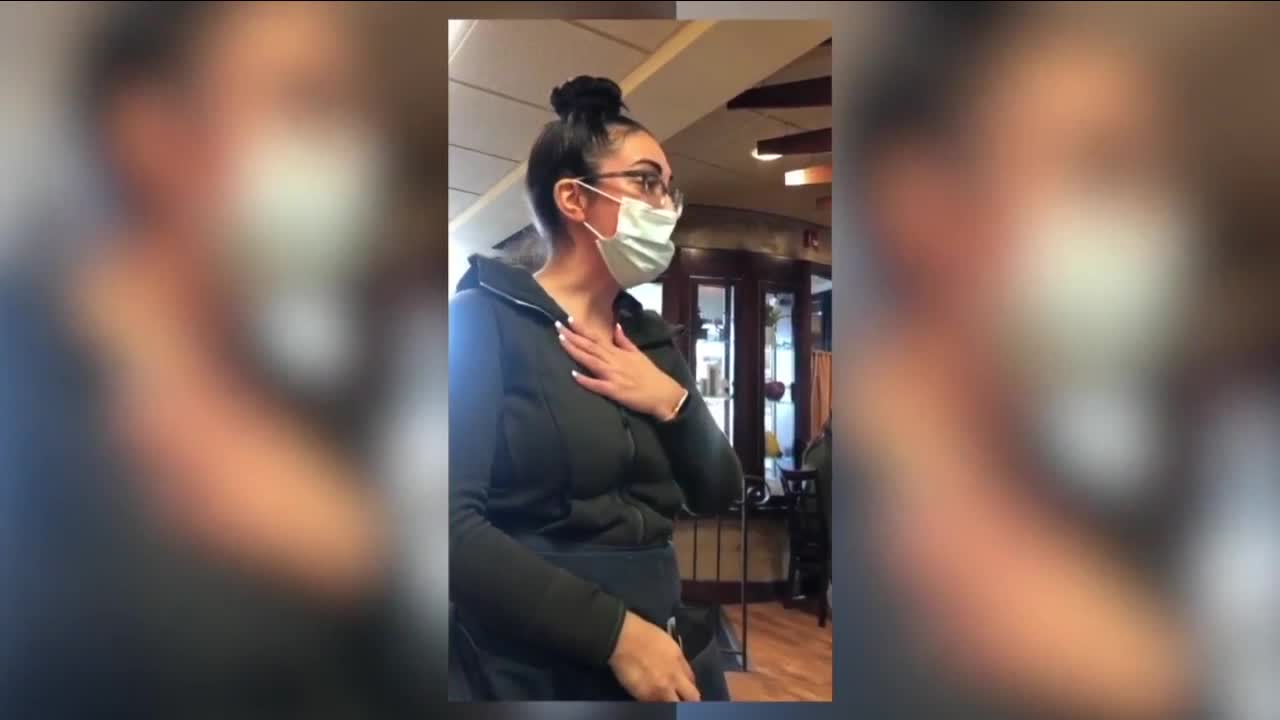 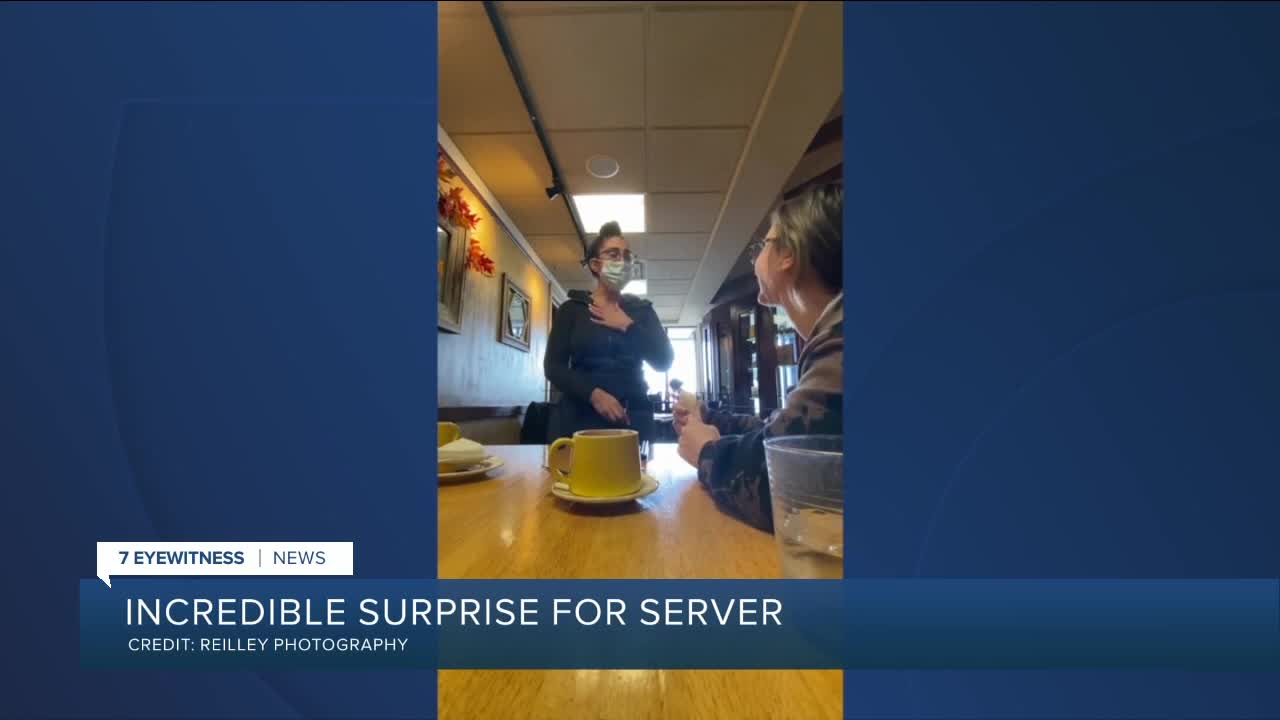 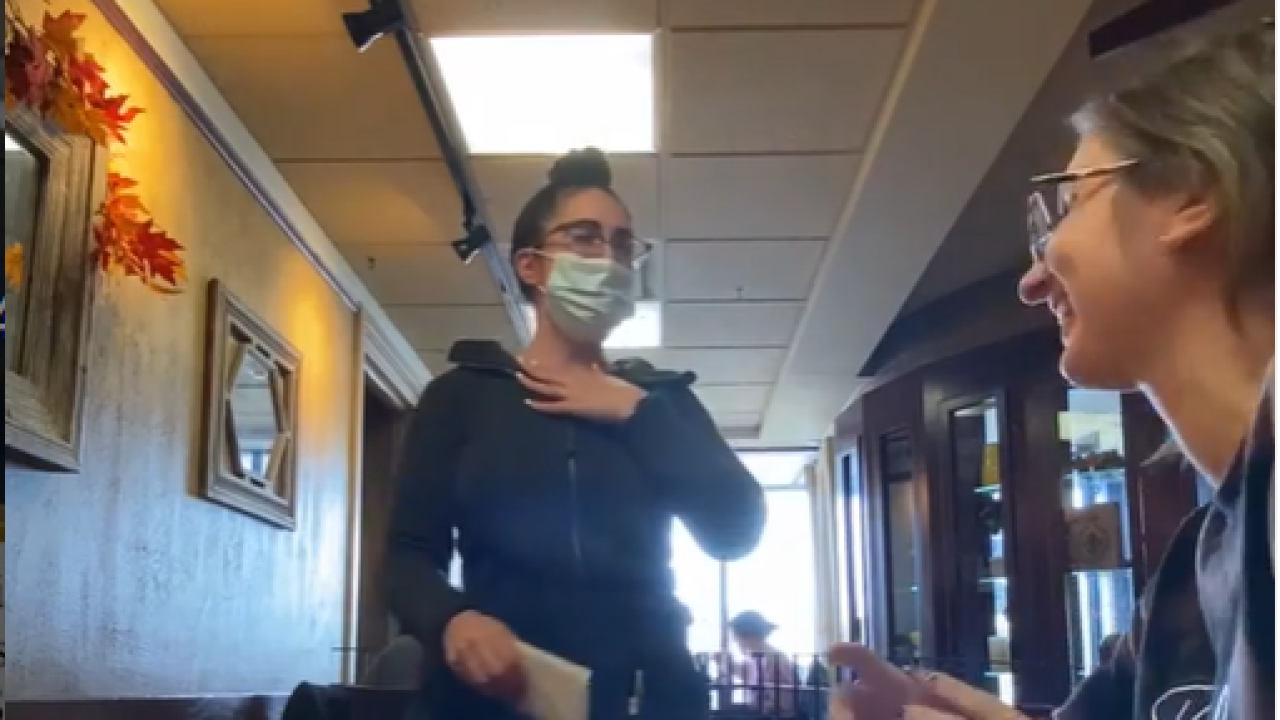 BUFFALO, N.Y. (WKBW) — With all that has gone on in 2020, smiles have been hard to come by. That's why Caitlin Reilley, a local photographer, decided to brighten a random restaurant server's day with a $1,000 tip.

Looking to make a difference in someone's life, the Buffalo native asked her social media followers to donate any amount they could to put towards a "generous tip" for her server at her next meal. Reilley was hoping to raise around $200 but after the donations started pouring in 191 people had contributed close to $2,000.

With the amount surpassing what she had hoped for, Reilly decided to split up the money. She decided she would give half to a server at a local restaurant and the other half would go to a front line worker in Western New York. "With COVID and the holidays coming I knew this could make a huge difference in someone's life," said Reilley.

So Thursday, Reilley and her sister went to one of their favorite breakfast spots, Break'n Eggs on Main Street in Williamsville. After their meal they tipped their server Cassie $1,000. The reaction was caught on video and it's safe to say Cassie was grateful about the kind gesture. She even states in the video that she planned to "share the money with her friends at work."

Reilley says she had never met Cassie before giving her the tip. "It was heartwarming. I was a server for eight years. I wanted it to go to someone I knew it would help."

Adding to the emotion of the moment Reilley and her sister chose a restaurant that they used to frequent with their father who passed away last year. "It made it even more special. I wanted to incorporate him in some way". Reilley added that the exact total of that was raised was $1,954. Her father was born in 1954.

Reilley, who owns Reilley Photography, says her next step will be to also surprise a local front line worker with $1,000, the remainder of what was raised.