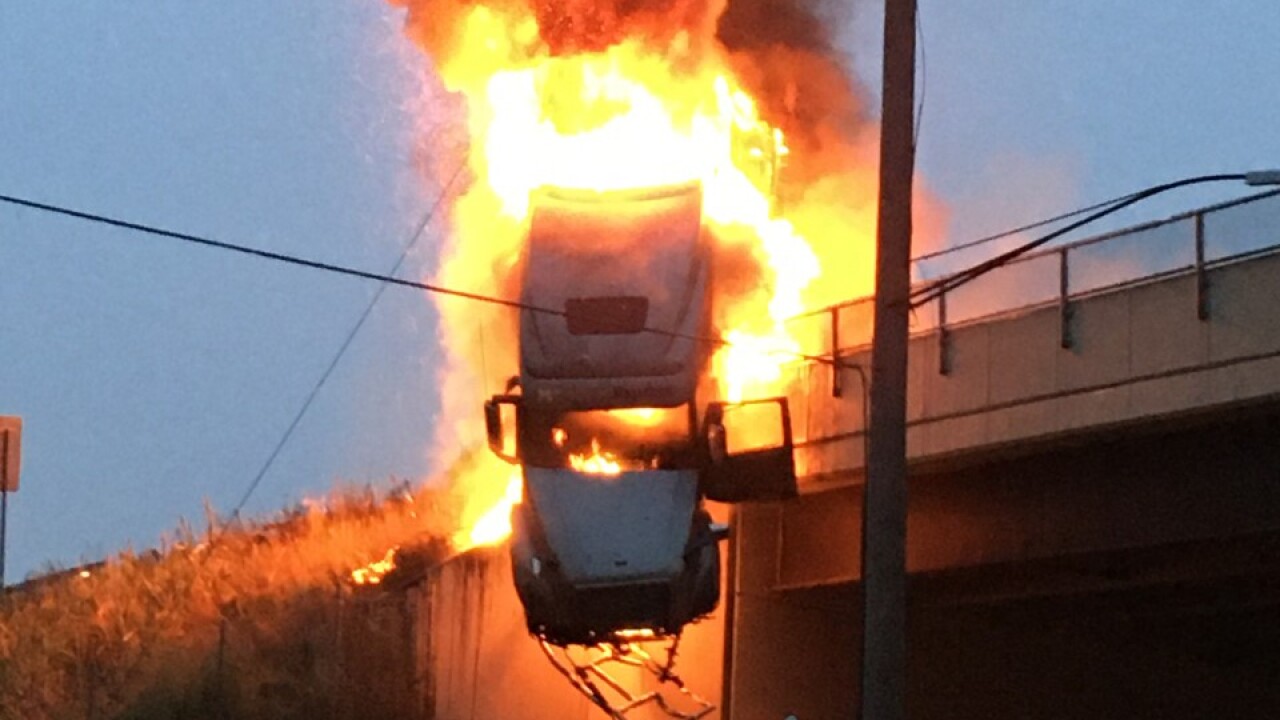 BUFFALO, N.Y. (WKBW) — The daughters of Igor Simakova, the 54-year-old Georgia man whose truck caught on fire at the end of August, finally got the chance to meet one of the men who saved him.

“Hi! Our hero is online! Thank you Alex for joining us,” Simakova's daughter Anastasiya Simakova said on a Zoom call with Alex.

The two, and Simakova's other daughter, Ulyana Simakova, met for the first time via Zoom on Wednesday.

“I saw the video yesterday and I contacted you. I was in tears,” Anastasiya said.

The Simakova daughters said they did not understand the full scope of their father’s crash until seeing our story online.

It was back on August 26, when Simakova's tractor trailer crashed and caught fire on the I-90 in West Seneca. Police say the driver lost control due to wet pavement and struck the guiderail. Three weeks later, he continues to recover at ECMC.

“He’s recovering, but very slowly and undergoing a lot surgeries," Ulyana said. "And will probably go through many surgeries before he’s able to come back home.”

But his daughter's said, they are just happy to see their father alive.

“I appreciate, whole heartedly, Alex and other people who were taking care of him," Anastasiya said.

“In regards to our father, I’m sure he is eternally grateful for you, [Alex]. And would want to tell you for himself, Ulyana said. "So, I'm speaking for him before he can speak that to you.”

The Simakova sisters are still in Georgia, but once their father recovers, they’re hoping Alex can meet them and their dad in person. Until then, they are asking anyone who can help, to donate to their dad's GoFundMe.