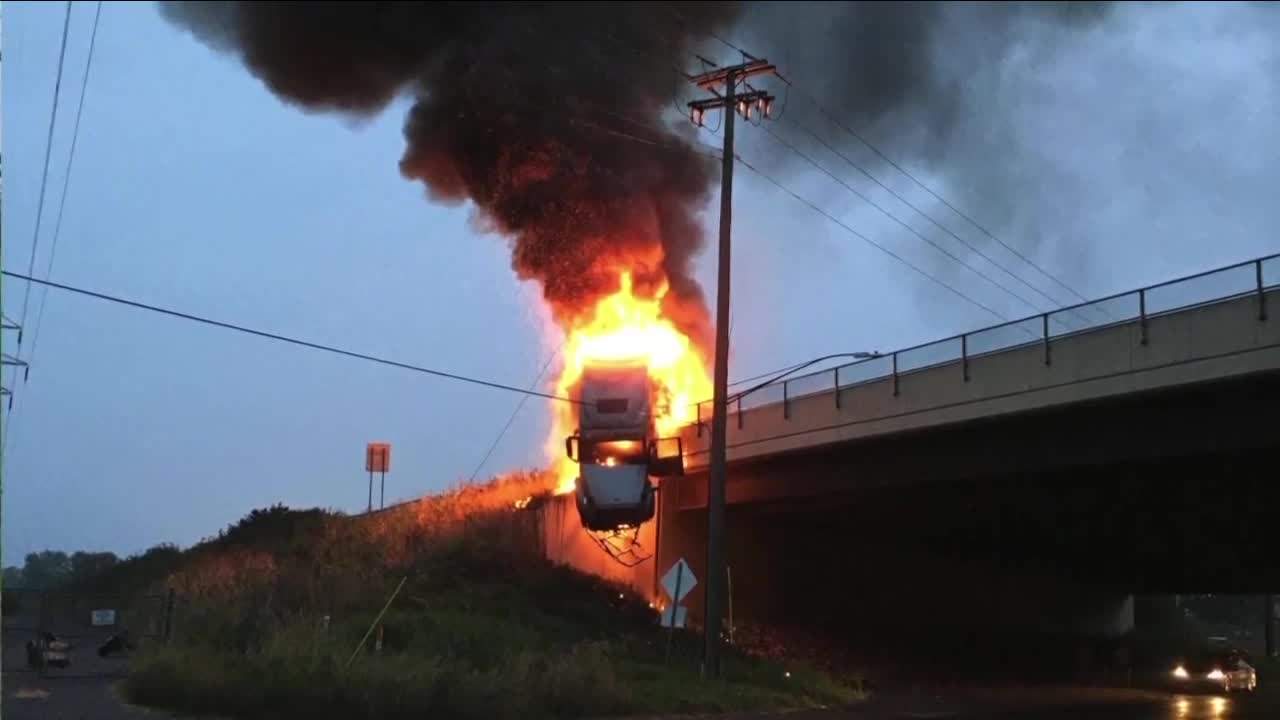 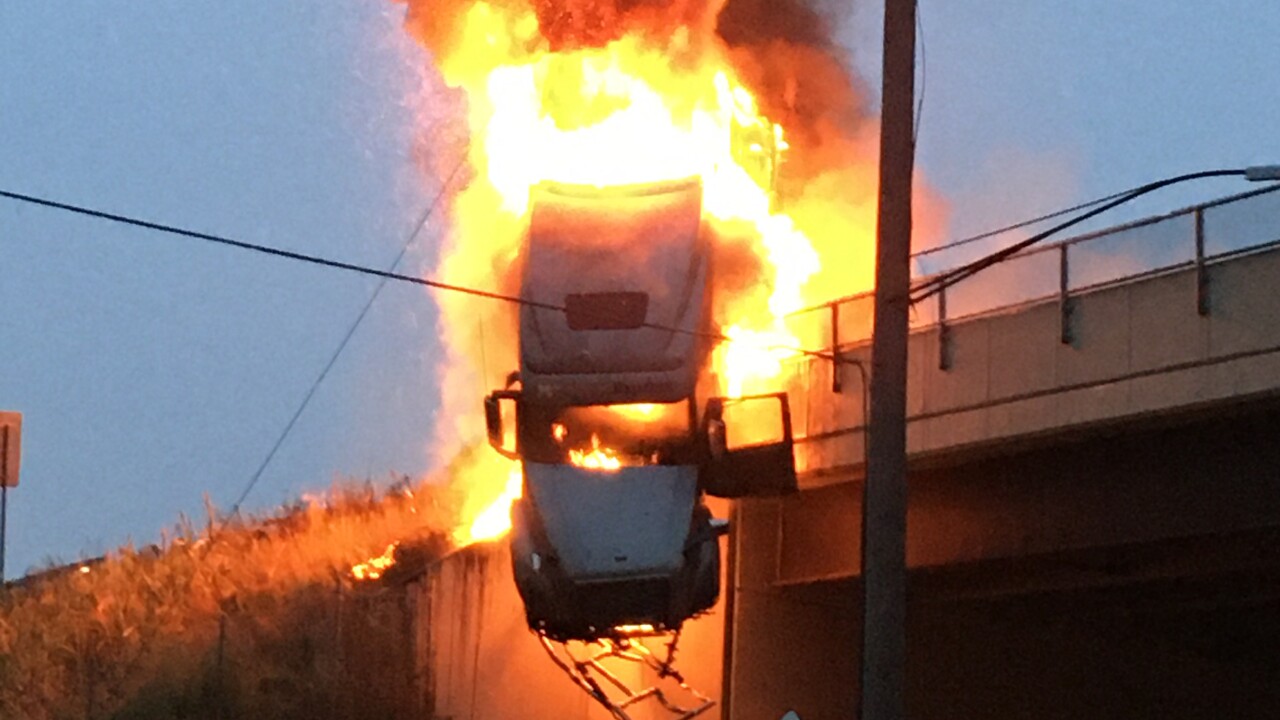 WEST SENECA, N.Y. (WKBW) — A tractor trailer crashed and caught fire Wednesday around 8 p.m. on the I-90 in West Seneca.

Police say the driver of a tractor trailer, a 54-year-old man from Georgia, lost control of the tractor trailer on the wet pavement and struck the guiderail.

The tractor trailer broke through the guiderail which caused it to hang partially off the side of the bridge as it was engulfed in flames.

The 54-year-old man was able to jump from the tractor trailer and onto the grassy area below on Mineral Springs Road. Officials say he was transported to ECMC for treatment of for non-life threatening injuries.

"The tractor trailer from MMM Express Trucking, was carrying a small load of trijicon type components. Erie County Department of Homeland Security Hazmat, DEC, and State Police Commercial Vehicle Enforcement Unit (CVEU) responded to the scene to check the material and determined there was no hazard," a release states.

The scene was cleared and all impacted lanes were reopened around 5 a.m. Thursday.