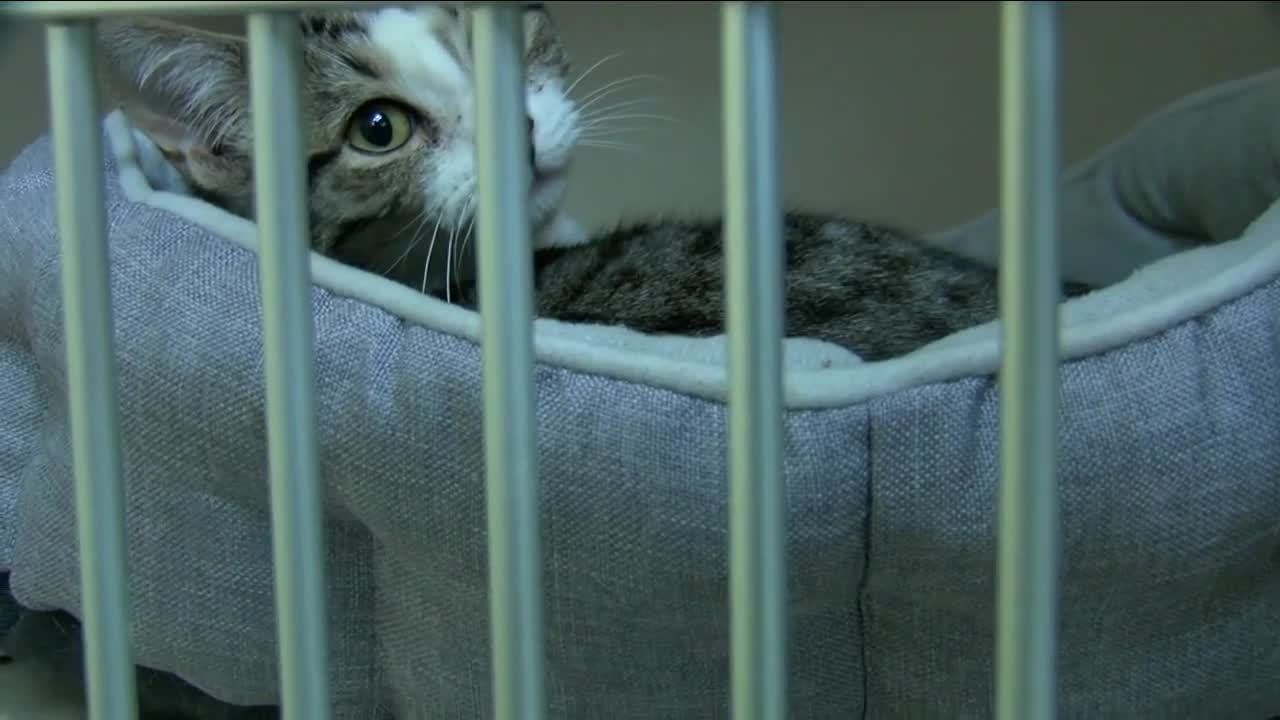 It's a situation that had a happy ending, but could have gone much worse. Two kittens - a brother and a sister - were found in a bag tossed into a culvert. BLASDELL, N.Y. (WKBW) — It's a situation that had a happy ending, but could have gone much worse. Two kittens - a brother and a sister - were found in a bag tossed into a culvert.

Hamburg Police were investigating a shoplifting incident near McKinley Parkway and were looking for stolen merchandise, when they found the kittens inside the bag. They found them just in time.

"Which makes it all the more heartbreaking that somebody decided that that was their only option, or that was a way out of a predicament, to dispose of them like they were trash," said Fisk.

The kittens are now being cared for in a foster home, but police and the staff at Ten Lives Club want to remind you that there are options for surrendering your cats should you not be able to care for them financially.

There are a lot of rescue groups in Western New York that can take in your pets, you can search for shelters and call to see their availability and if they have space.

Small kittens usually go into a foster program, so it's a matter of lining up a foster home for the animals. There's always someone looking to adopt a cat.

"We have a large humane society, we have several cat rescue groups such as ourselves, and there are rescue groups that do dogs and cats," said Fisk.

"It took me about two minutes to get a hold of Ten Lives animal shelter, they came out, when we took the cats to them they supplied carriers. There's always an option for your animals," said Lt. Ehret.