"She was so selfless to give up her race" 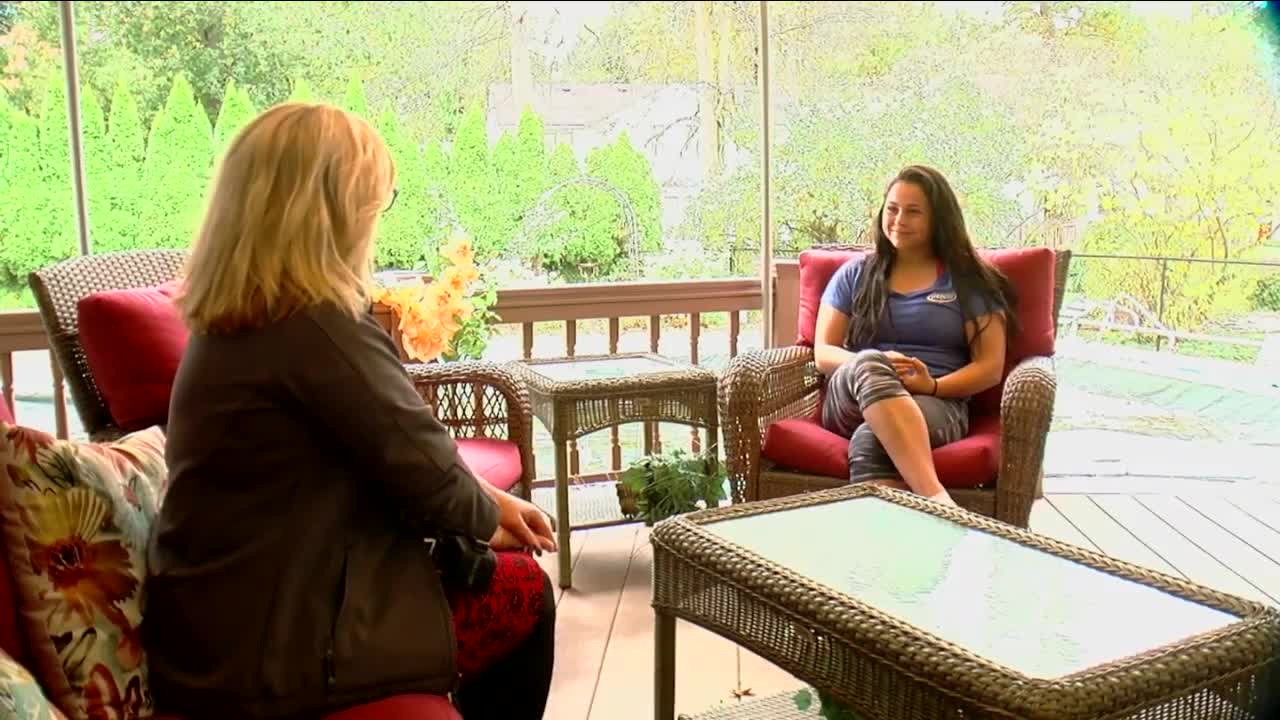 LANCASTER, NY (WKBW) — “I was looking up and I stumbled on a tree root. I didn't think it was anything, but then I completely collapsed and my foot wouldn't let me walk. It hurt so bad,” recalled Paige
McGorry.

McGorry, 15, is a second year student at Sacred Heart Academy in Amherst, recalling how she was injured last Tuesday during a cross-country run at Como Lake Park in Lancaster.

It brought together two students who didn't know one another.

“I saw — laying in the forest — sobbing — holding her ankle — looking around for someone and I was like oh my gosh — I can't believe she's hurt,” Gabby Dispenza remembered.

Dispenza, senior at Mount St. Mary Academy in Tonawanda, said she had to stop to help.

“And then Gabby came up. She asked me if I was okay and I was saying no and then my teammate Jane came up and she was helping Gabby,” McGorry explained. “I was pretty scared because it’s not really a known area of the course.”

“I wasn't going to leave a girl there — in the middle of the woods — she could be like a freshman — sophomore. She was probably scared and she was like shaking, so she was probably in shock too,” Dispenza said.

Gabby and Paige’s teammate tried to pick up Paige together, but it didn't work, so instead - Gabby lifted Paige up by herself.

“And she literally picked you up and carried you?” Buckley asked. “Yes,” replied McGorry. “Literally picked me up in her two arms and was carrying me."

Gabby carried Paige to safety for help. The students were not carrying cell phones during their run. They finally reached a biker along the path and were able to use his phone and Paige called her parents.

“I’m just so grateful. She handled it so well. She was telling me it's going to be okay and that everything going to be fine. She was saying she was going to get my parents,” McGorry explained

Paige said she will be going for more x-rays. She said she can put some pressure on her ankle, but is not ready to run.

Gabby credits her work in the Explorer program at the Getzville Fire Department that trained her for emergencies.

Gabby said she also tried to keep Paige calm by telling her jokes and discussing school.

“I was actually thinking about not going that day — I’m really glad I went to be able to help her,” Dispense said.

And it was that moment of serendipity, being in the right place, at the right time for a positive outcome.

“I’m really grateful that she was there or else — I don’t know what would have happened. “That she was so selfless to give up her race to help me and she didn't even hesitate to help me,” declared McGorry.

“At the end of the day — it’s just a race,” Dispenza replied.