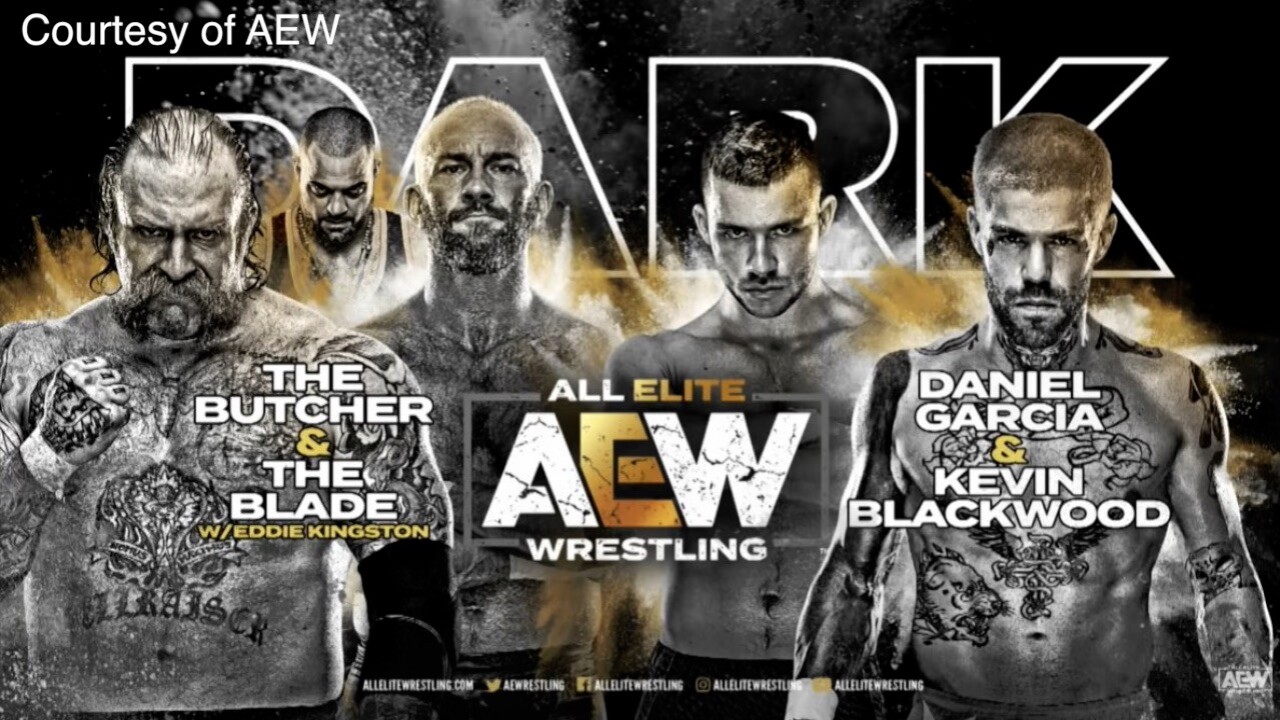 Daniel Garcia and Kevin Blackwood were seriously injured in January 2019 when the Buffalo Brothers were on their way back from an event in Montreal and their vehicle hit a patch of black ice and crashed. A fellow WNY wrestler, Braxton Sutter, who goes by the name "The Blade" in AEW tweeted that "a guardrail just about ripped the car in half."

Garcia and Blackwood had to undergo surgery for their injuries, the WNY community rallied around them and raised thousands of dollars.

Garcia and Blackwood made their AEW debut on "AEW Dark" Tuesday in a tag team match against fellow Buffalo Brothers "The Butcher and The Blade" Andy Williams and Braxton Sutter.

Not a person on this planet I’d rather be doing this with.@AEWrestling pic.twitter.com/krb9GAl0sa

Reminder if this hasn’t already been endlessly driven into your skull all weekend that this is TONIGHT AT 7PM!! An entire segment of @TheAEWDark is all Buffalo, and I can’t wait for the world to see what Buffalo wrestling is about. pic.twitter.com/vmU7LMRl1b

Also competing on Tuesday's episode of AEW Dark was fellow WNY wrestler and competitive eater Ronnie Hartman known as "Megabyte Ronnie" who had a match against Brian Cage.

Your next match on Dark - It's a battle of the big men as @MegabyteRonnie steps up to @MrGMSI_BCage in singles action!

Fellow Buffalo Brother Nick Pufpaff, known as "Puf" in the wrestling world, who suffered minor injuries in the January 2019 crash made an appearance during a segment on AEW Dynamite Wednesday September 9.

You can watch the full AEW Dark episode on YouTube here.