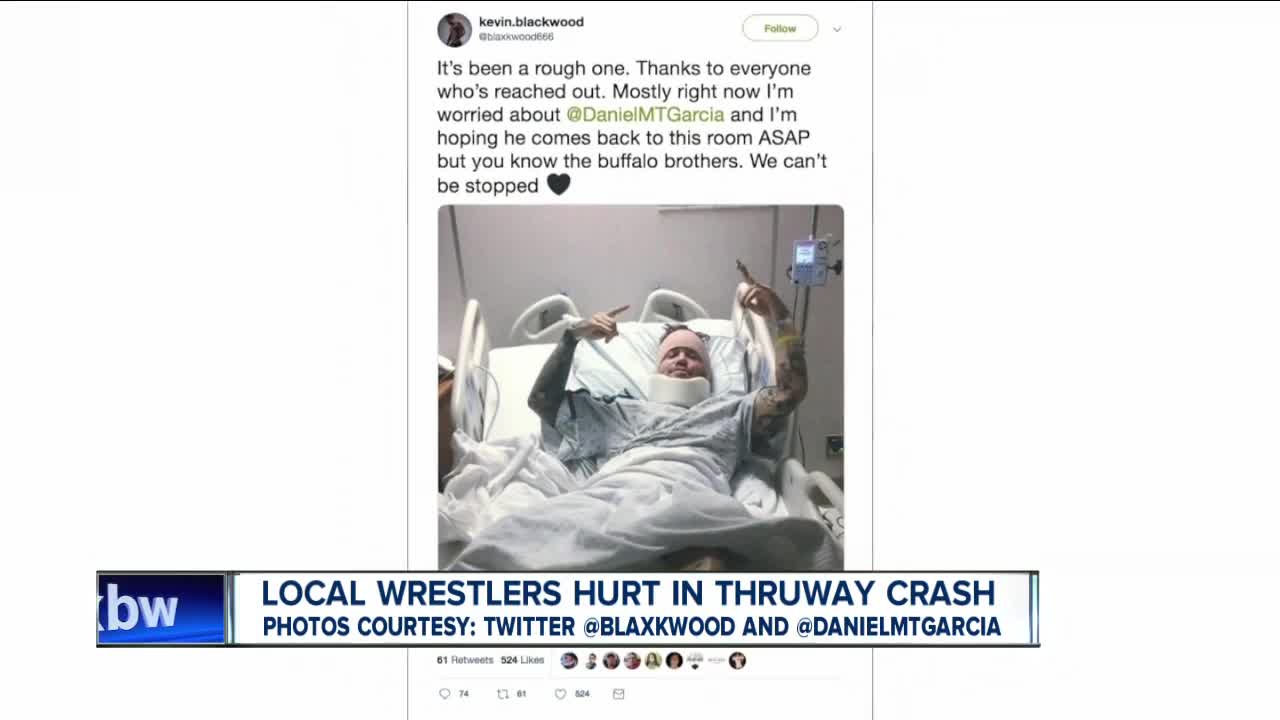 More than $12,000 dollars has been raised to help some Western New York wrestlers hurt in a crash on the Thruway. 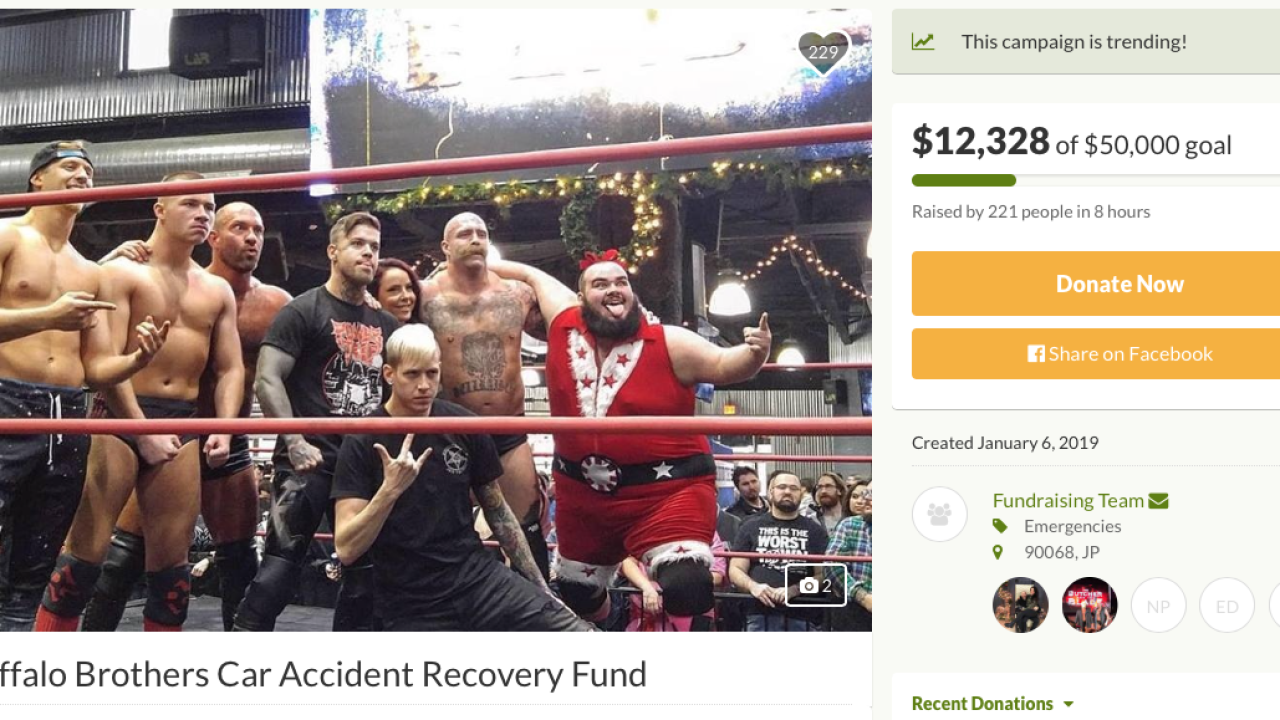 BUFFALO, N.Y. (WKBW) — More than $12,000 dollars has been raised to help some Western New York wrestlers hurt in a crash on the Thruway.

The Buffalo Brothers were in a very tragic accident. Two of our own require surgery, and anything helps.

In the mean time, please send love to our own @blaxkwood666 and @DanielMTGarcia as we hope for a speedy and uncomplicated recovery.https://t.co/wcj2dHIye2

According to Empire State Wrestling, the Buffalo Brothers were on their way back from an event in Montreal when their vehicle hit a patch of black ice and crashed. A fellow wrestler tweeted that "a guardrail just about ripped the car in half."

It reports Nick Pufpaff and Kevin Bennett sustained minor injuries, while Danny Garcia and Kevin Lockwood had to undergo surgery.

I may have two broken legs, but I promise I’ve never been filled with more love, affection and empathy than I am today minor set back. Still more work to do. pic.twitter.com/HiP6h2eJIf

It’s been a rough one. Thanks to everyone who’s reached out. Mostly right now I’m worried about @DanielMTGarcia and I’m hoping he comes back to this room ASAP but you know the buffalo brothers. We can’t be stopped 🖤 pic.twitter.com/HmPYpmNpMD

Support is now pouring in for the wrestlers, as many professional wrestlers, including some in the WWE, share the news of what happened.

If you'd like to donate, you'll find a link to the main GoFundMe set up for them here.