"I’m proud to wear the name of George Floyd" 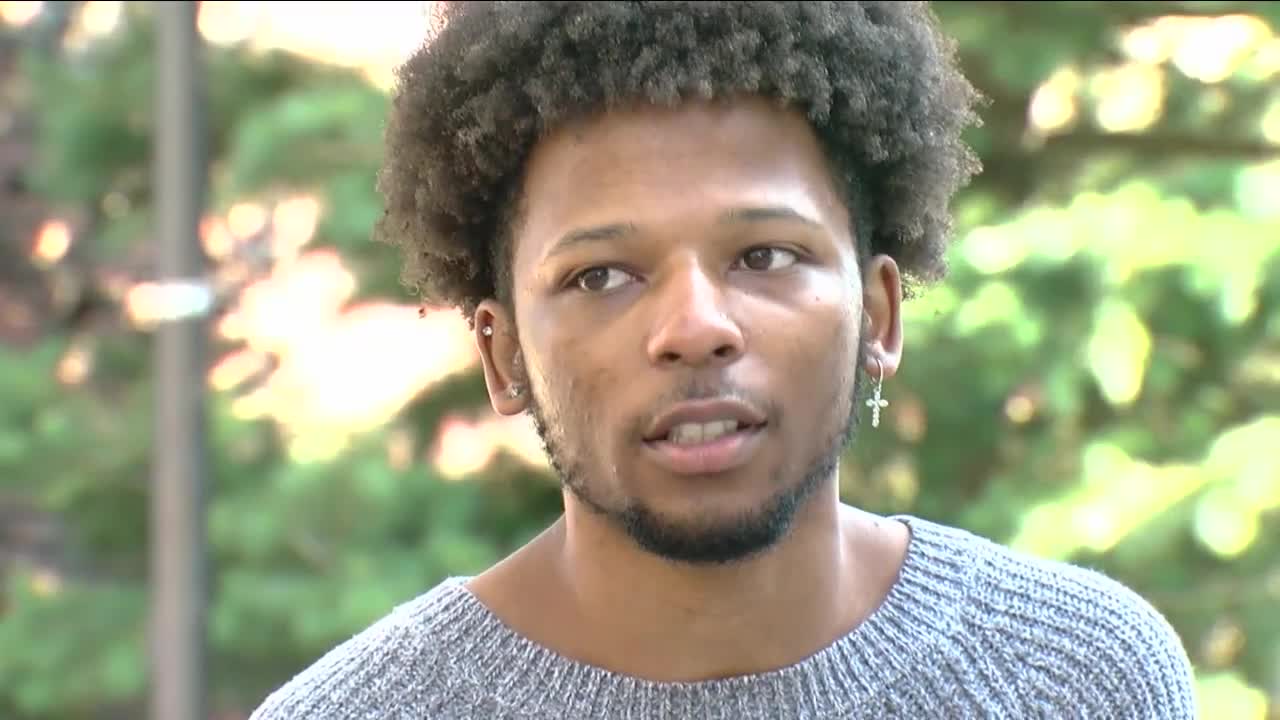 It’s a positive step forward in response to the Black Lives Matters movement.

Jones, 18, is the first-ever recipient to receive the scholarship from the college.

“And I want you to know that you are our first recipient,” explained Kate Conway-Turner, president, Buffalo State.

The college freshman had no idea he was receiving the first ever George Floyd scholarship during a Zoom call with three faculty mentors from his high school in New York City.

Jones delivered a priceless reaction as he dropped his head face down into a table when he learned he is being awarded the scholarship.

“Looks like I truly surprised you?” asked Conway-Turner. “Yes, I’m at a loss for words right now,” replied Jones.

The student wrote an essay in his winning scholarship application about racial disparities in the American health care system and a higher death rate among black woman in child birth.

“I happy that my school took this step toward fighting racial injustice,” Jones said.

“People, when they see their doctors — they kind of want to see themselves in a doctor and if you go to the doctor and you only see like, White or Asian or Hispanic and you don't see any Black people are kind of get a little disparaged,” explained Jones. “I feel like if you see someone of like your own in there — you can get some inspiration from it.”

This first-generation college student says he wants to work to reduce the suffering of being Black in America.

Conway-Turner says that got the attention of the college in awarding the scholarship.

“It really stood out to me among the many applications his dedication already at such a young age,” Conway-Turner remarked.

Jones said the death of Floyd and other Black men and women has deeply affected him mentally and emotionally.

“It showed me how the American policing system sees people like me,” Jones reflected.

Conway-Turner said Jones is very mature and committed to the fight for racial equality.

“Someone who is really very thoughtful about the moment we are in now,” Conway-Turner noted.

The scholarship will provide $10,000 a year, allowing Jones to attend the Buffalo State campus tuition free over the next four years.

Jones, who was one of nine children, raised by his mom in a single-parent home.

“This will would literally take all of the stress out of my mom when it comes to paying for my tuition and my education,” responded Jones.

The college has collected more than $250,000 toward the scholarship program and continue seeking donations.

“We’re very excited about the reception that we are getting,” Conway-Turner said.

Conway-Turner said the scholarship will be awarded once a year, but might have multiple winners.

“Perhaps give two or three a year,” Conway-Turner stated.

Jones said creating racial equality can be as simple as having lunch with someone who might be different from him.

He says he's ready to live up to the scholarship and will continue to fight against racial injustice.

“Just making an inclusive environment and making it a place where everyone would want to live and be free to be who they are, without any type of persecution based on the color of their skin,” Jones explained.