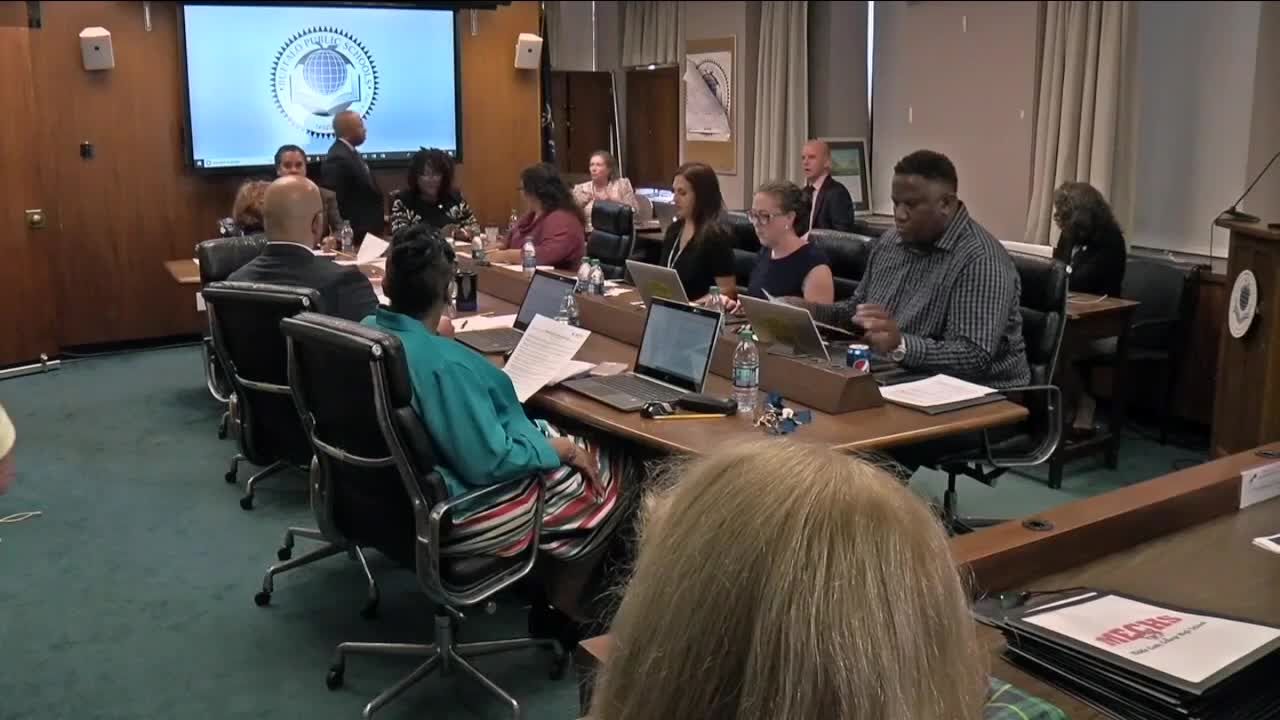 Buffalo School Board says charter schools are over saturating district

BUFFALO, NY (WKBW) — The Buffalo Board of Education says it does not support any new charter schools.

The school board believes they are currently over saturating the city school district. But one education advocate is fighting to open a new charter school.

The Buffalo School Board unanimously approved a resolution September 16. It calls on the New York State Board of Regents not to approve four new charter school applications.

“We’re not anti-charter school. I just want to stress that charter schools provide valuable options to many of our families,” explained Lou Petrucci, Buffalo School Board member.

Petrucci says the problem is the district is now well over a cap of only five percent of charter schools.

School Board member Larry Scott said the district is moving closer to 25-percent.

“It not sustainable both for district schools and our existing charter schools,” Scott stated.

There are four new proposed charter schools that are seeking state approval.

Duncan Kirkwood of Buffalo, an education advocate, is pushing for Learn4Life Charter School. But Kirkwood says it's a different type of charter school, designed for students who are dropping out of city schools.

“We have a serious crisis and Learn4Life is a school that we're looking to create here in Buffalo that will serve those students who have dropped out of school or students who are in danger of dropping out,” Kirkwood noted.

Learn4Life is a national charter school model, considered one of the largest education companies in the U.S.

But board member Scott is highly critical of this model. Scott points to troubles the company is facing

In a January 2020 Washington Post article outlines how the California-based chain is accused of allegedly scheming and hiding profits it made from the public. According to that article, judges in San Diego and California ordered five of the centers too close.

“Deceptive practices, conflict of interest violations, practices just to yield profits,” Scott said. “And what we are seeing here in their own application is that, over five years, $3.2 million will leave Buffalo and go directly to that charter management organization.”

But Kirkwood defends the school model.

“There’s some locations that may have done wrong things that is being deliberated in court now, but that is overshadowed by all the amazing work — literally tens of thousands that are being served — that otherwise would have dropped out of school,” replied Kirkwood.

Kirkwood said it is just a provider for the “back-end” of what they want to create in Buffalo. He would be managed by a local team housed in the inner-city.

Kirkwood pointed out when a city school student leaves a district school to attend a charter school, two-thirds of funding for that child goes to the charter school.

We received this written statement:

"Buffalo Commons Charter School is dedicated to providing Buffalo students and families an academically rigorous, creative, and collaborative learning community that prepares a diverse student body to lead successful lives which strengthen their communities. Our school has been collaboratively designed over the past three years with the input of local parents and community leaders to inclusively and equitably serve the diverse students and families of Buffalo. We look forward to collaborating with our district peers, and are disappointed with the Buffalo Board of Education's recent resolution. However, during this unprecedented time, we are wholly committed to providing a strong educational option for Buffalo's students and families, and hope to work closely with the district to improve our city's education system,” stated Danny Brink, Washington, proposed executive director.

“They’re right around 11-percent. You look at other cities, like Albany — it’s almost like they have two separate school districts — we don’t want that,” Petrucci said.

Kirkwood said he understands the logic over the saturation issue.

We asked board member Scott what he says to those who think he is anti-charter.

“I think there are many charter schools in Buffalo that are doing a phenomenal job of education our children and I think that choice should continue to exist,” Scott replied.

But school board members say the district, which is required to provide funding to charter schools, will not be able to continue to sustain the current charter schools and adding four more will impact the financial resources already provided.

Kirkwood tells 7 Eyewitness News he expects the state to consider the application possibly this November.