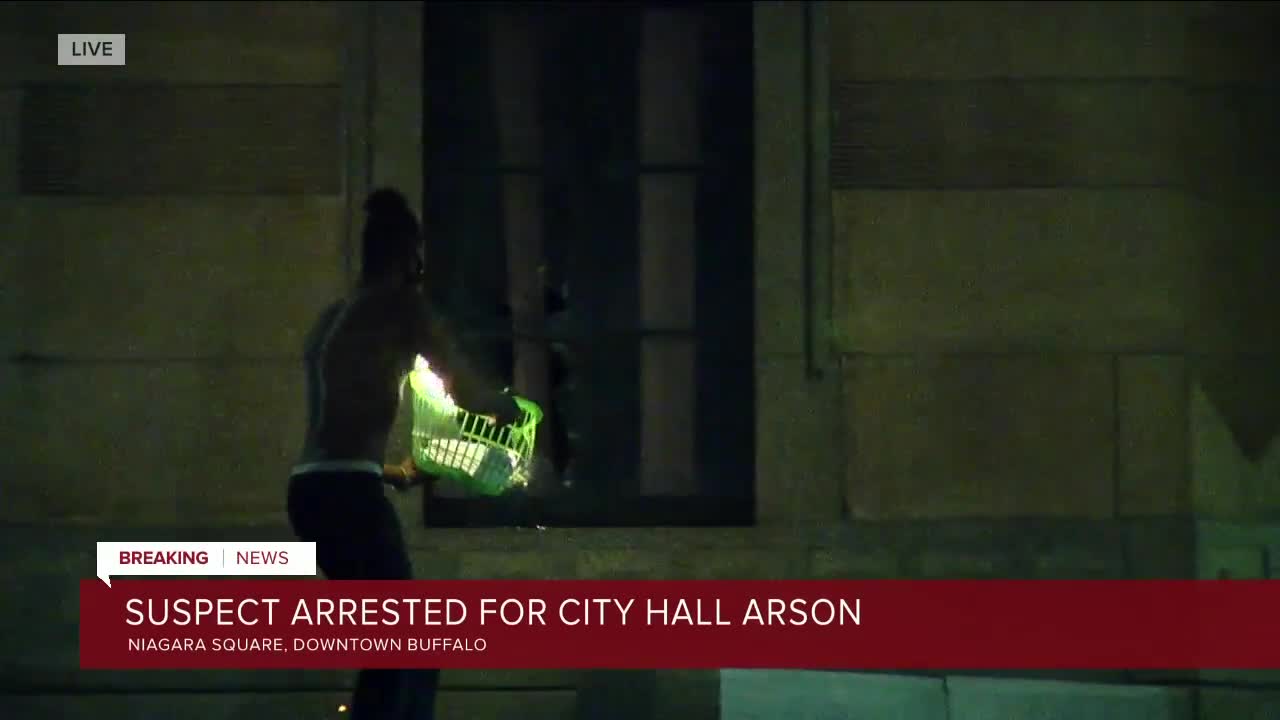 BUFFALO, N.Y. (WKBW) — The Buffalo Police Department reports a person has been taken into custody in connection to a fire started inside Buffalo City Hall during the protest in the city on Saturday night.

BREAKING: BPD say they have an individual in custody in connection with the fire that was started inside City Hall on Saturday night. We thank the community for your support.

The person in custody has been identified by police as 20-year-old Courtland Renford of Buffalo. Renford now faces state and federal charges.

Erie County District Attorney John Flynn says Renford has been convicted of a felony before, so the state charges against him-- including arson and criminal mischief-- carry a 3-15 year sentence if convicted. U.S. Attorney James P. Kennedy says Renford faces the federal charge of attempting to damage or destroy a building used in interstate commerce. That charge carries a minimum sentence of five years in prison and a maximum sentence of 40 years in prison if convicted.

Firefighters with the Buffalo Fire Department responded to City Hall at 11:30 p.m. Saturday night to contain a small fire inside. Fire alarms started sounding in the building a full hour after the countywide curfew took effect in response to the protest over the death of George Floyd in Minneapolis.

Firefighters were able to quickly contain the fire.

Man carries object on fire, throws it into City Hall during live shot

Sunday afternoon the Buffalo Police Department posted a picture of the person of interest in the arson that happened at Buffalo City Hall and asked anyone who could identify the individual to come forward.

In Niagara Square approximately 30 minutes prior to this incident, a van ignited in flames.

City Hall was also vandalized and had windows damaged on Saturday night during the protest following the death of George Floyd in Minneapolis.