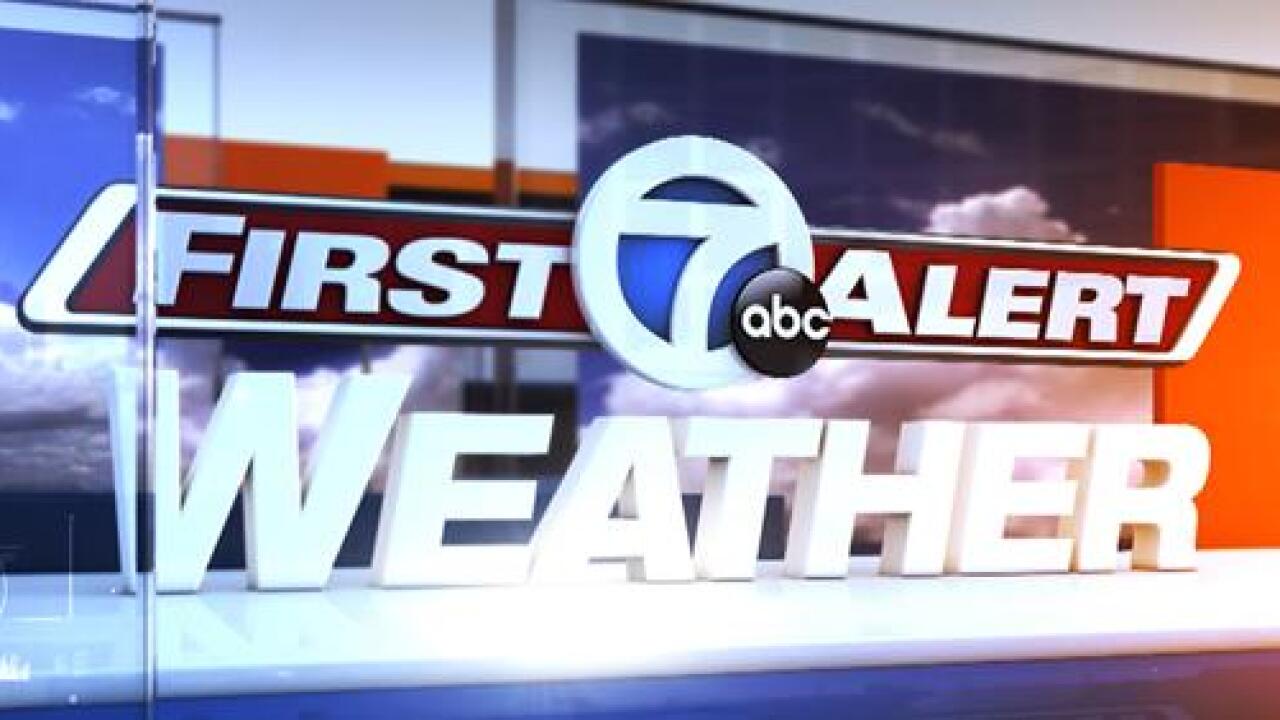 BUFFALO, N.Y. (WKBW) — Early this afternoon the temperature went above 61 degrees which was the record high temperature for this date.

Wet and windy weather is scheduled to move into the region Saturday evening with several warnings, watches and advisories in place. View the latest forecast here.

Hope everyone enjoyed the 7th warmest January temperature in Buffalo history 67F... It's all down hill from here :) See what's about to happen here https://t.co/VyLguhnyDb @WKBW @NewsRadio930 pic.twitter.com/F2Tgwonv4p