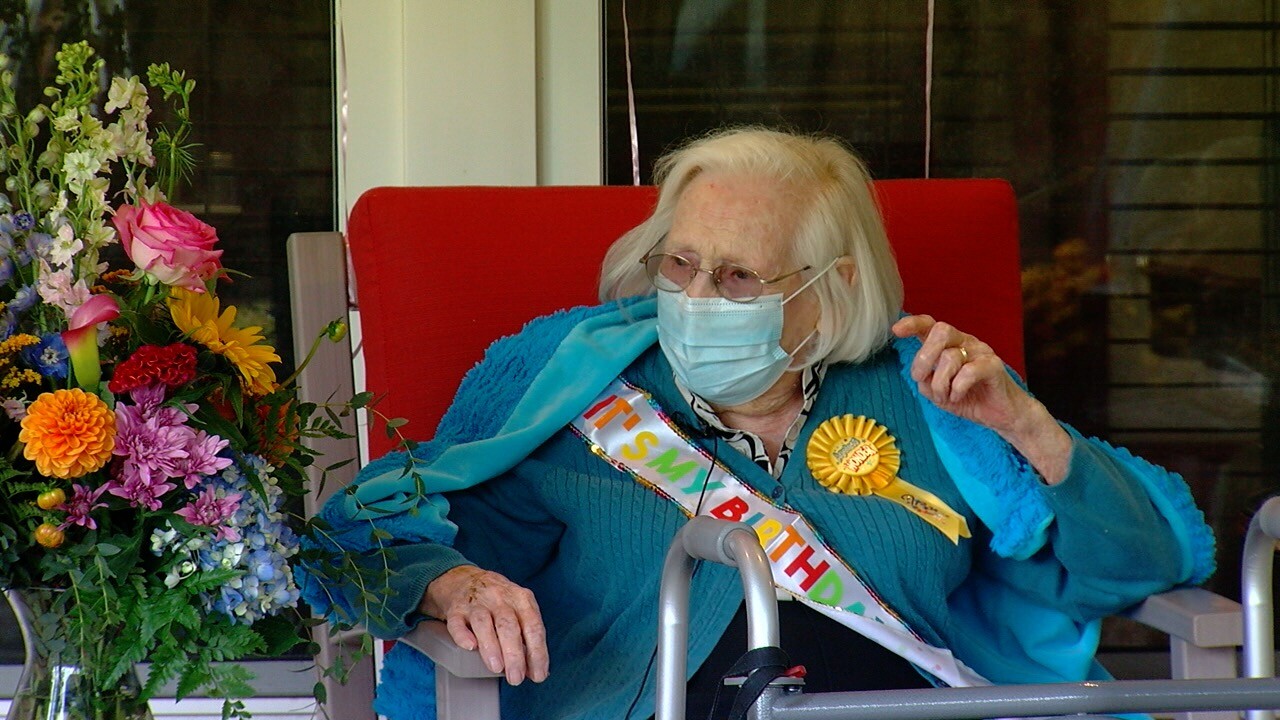 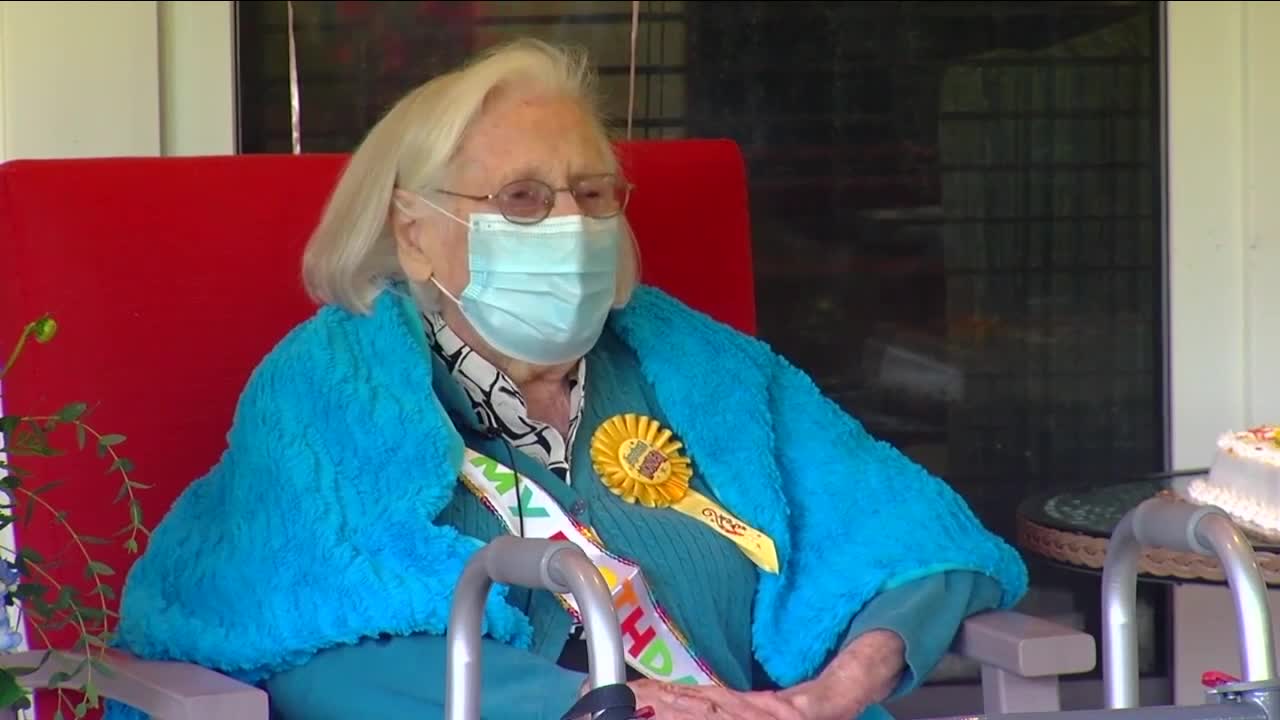 It is where the staff set up a very small gathering to safely celebrated Jessie's milestone during the pandemic.

Massing moved independently onto an outside patio at Tennyson Court Friday afternoon.

Meet Jessie Massing who turns 110 tomorrow!! She’s got a great sense of humor. Tonight at 6 @WKBW hear what her secret is to a long life. #LONGEVITY pic.twitter.com/Tyx3uILBCK

Jessie has a tough time hearing questions, but her sense of humor is stronger than ever and she took full command of the gathering.

“Sit down honey and be comfortable — might be a bit warmer on your rear end than that chair,” Massing declared.

Jessie was born in Canada. She then lived in lewiston. At Tennyson Court, she’s a relative newcomer. She didn’t move into a nursing home until she was 107.

David Fielding of Williamsville, grandson, came to celebrate with his wife and 7-year-old daughter who reacted to her great-grandmother's age.

Fielding said his grandmother is in relatively good health.

Fielding's father was one of two son's Jessie raised, but he passed away. Fielding’s uncle in his late 80’s and lives in Canada.

Jessie responded as she was handed an old photo of her two young sons.

Jessie also outlived her husband. She joked about an old photo of the couple.

“Now he’s not so good looking, but she is," Massing joked.

Jessie said she couldn't remember anything about living thru the 1918 Spanish flu pandemic. But she did answer a question about her appetite.

“It starts when I wake up in the morning — very early and goes all the day through,” Massing replied.

We also asked Jessie — what is her secret to longevity?

But no cheese at her celebration, instead she was ready to dig into her birthday cake, and at 110, she can do whatever her heart desires.