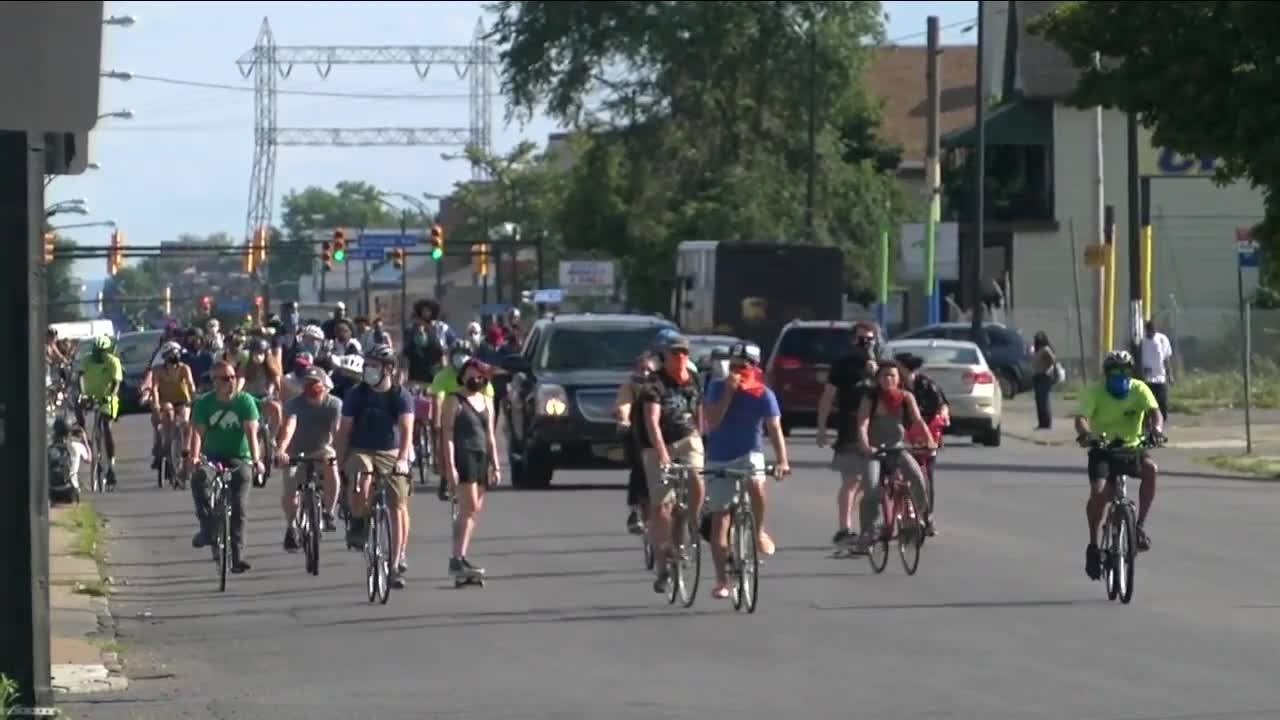 Dozens of cyclists rode down Bailey Avenue in a rally on Thursday, calling for more bike infrastructure on the busy road. BUFFALO, N.Y. (WKBW) — Dozens of cyclists rode down Bailey Avenue in a rally on Thursday. They're calling for more bike infrastructure on the busy road.

"If you look at other areas of the city, there are certainly much better infrastructure throughout the city, and Bailey Avenue is a 50 foot wide death trap," said Andrew Love, who's a member of Slow Roll Buffalo's Board of Directors.

The cyclists were joined by pedestrians and skaters, they want to see the city put down bike lanes and re-paint the road's center line. There are parts of Bailey Avenue with a faded center line or no visible line.

The cyclists met on the 1700 block of Bailey Avenue where a cyclist was killed in June.

Jalonda Hill is the founder of Colored Girls Bike Too and hoped the rally honored the crash victim. She said she would feel safer riding along Bailey Avenue if there were bike lanes.

"There has to be room made for cyclists on the streets of Buffalo," she said.

According to GObike Buffalo, more than 160 people, both pedestrians and cyclists have been hit by a car on Bailey Avenue in the last five years.

Darien Chandler is one of the event's organizers and said bike safety is especially important for those who don't own cars.

“A lot of people use modes of transportation like bikes, skateboards, and roller blades," he said. "How are they going to get to work, they can’t ride their bikes in the street, they need a bike lane, and to do that safely we’re bringing awareness to that.”

Department of Public Works Commissioner Mike Finn said the city is conducting a study with the NFTA and others to improve safety and mobility along Bailey Avenue.

“A preliminary version of the study is due very shortly, which will include recommendations for interim improvements that the city plans to undertake, while the larger project is fully scoped and designed,” Finn said.