“I’m ready to be ordained a priest" 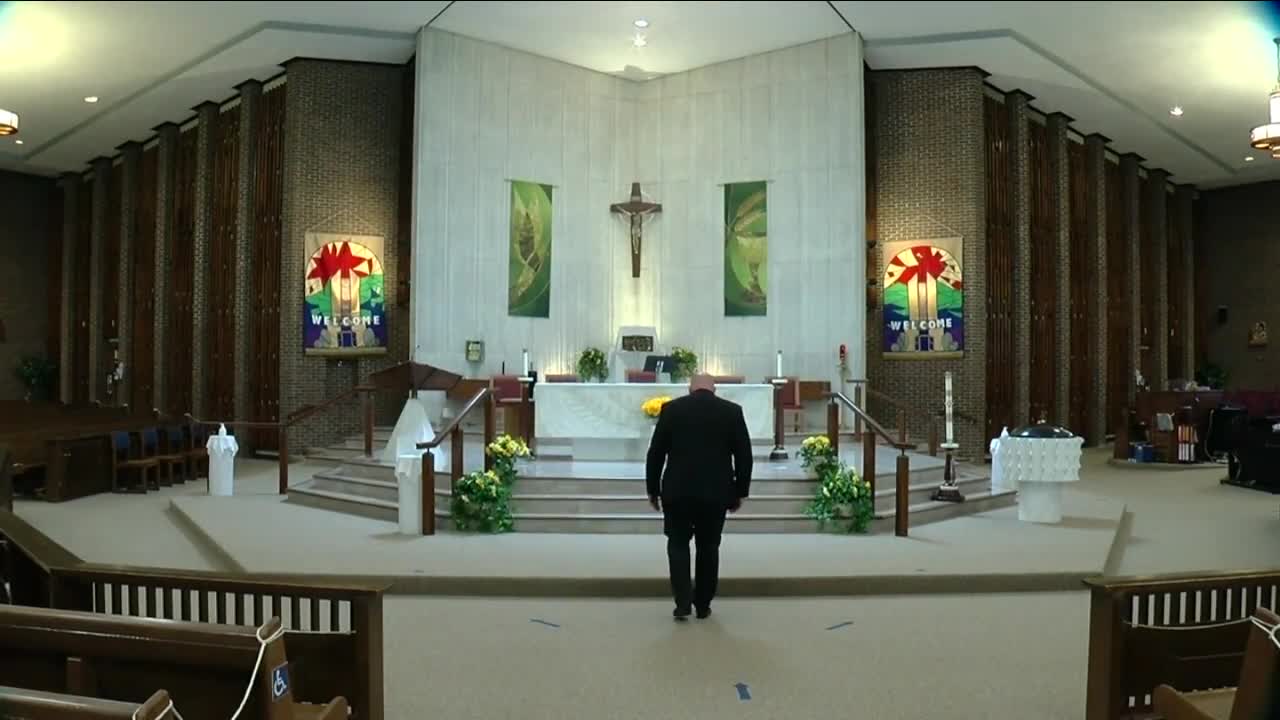 Answering the call: “I’m ready to be ordained a priest"

Deacon Emminger of the Town of Tonawanda and Deacon Denning Achidi of Cameroon in Central Africa will be ordained into the Catholic Diocese of Buffalo, Saturday.

Bishop Edward Scharfenberger, Apostolic Administrator the Diocese of Buffalo, will preside over the service, conferring the holy orders of the priesthood upon the two deacons at 9:30 a.m. at St. Joseph Cathedral in downtown Buffalo.

The number of priests in America is on the decline. In fact, one in six Catholic priests now come from other countries.

Deacon Emminger met with 7 Eyewitness News senior reporter Eileen Buckley to discuss why he decided to be a priest.

“I’m very excited. We were supposed to be ordained initially on June 6th, but then with the pandemic — everything was pushed off,” Emminger said.

Deacon Emminger met us at St. Amelia Catholic Church in the Town of Tonawanda. It is the parish where he grew up and attended Mass with his family.

Emminger said he comes from a family with a strong Catholic faith. He is the son of Tonawanda Supervisor Joseph Emminger and he says it was his dad who first suggested the priesthood.

“I thought he was crazy. I never thought God was calling me to the priesthood,” Emminger recalled.

But being a priest was not Deacon Emminger’s original career goal.

After graduating from St. Joseph's Collegiate Institute in the Town of Tonawanda, he studied criminal justice at Niagara University. He waited for a possible job offer in criminal justice. Then he deiced to enroll in Christ the King Seminary in East Aurora.

“I got call one day for the New York State Department of Corrections offering me a job — inviting me to their academy and at that moment — I realized i need to give the seminary a chance,” reflected Emminger.

Now, at the age of 31 this was Emminger's calling to the priesthood.

I asked Emminger, with all the adversity against the catholic church from the sex abuse scandal — why he would still want to be a priest?

Emminger says he will try to overcome the troubles in the Catholic Church by working to help build relationships and listening to others.

“And helping to just be present in the midst of the crisis that we find ourselves in both the pandemic and the abuse crisis,” remarked Emminger.

Emminger and his father both suffered from COVID. But Emminger said his was much milder than his dad’s. He referred to the experience as some “scary moments” for his family.

He said he will be assigned to a parish in Western New York.

Emminger is already wearing a priest collar, even before being ordained, but said he hasn't received any negative reaction.

“I was expecting some push back, but usually the most common thing I’ll run into — when people see the collar, they assume I’m already a priest and say hello father,” replied Emminger.

Emminger also reflected on the lower numbers of those attending church or believing in religion. But he responded by saying that he believes people are “distracted as a culture”.

“It’s lost, but it’s still present and we have to go out — seek and find it,” said Emminger.