The hockey tea, enjoyed some time off 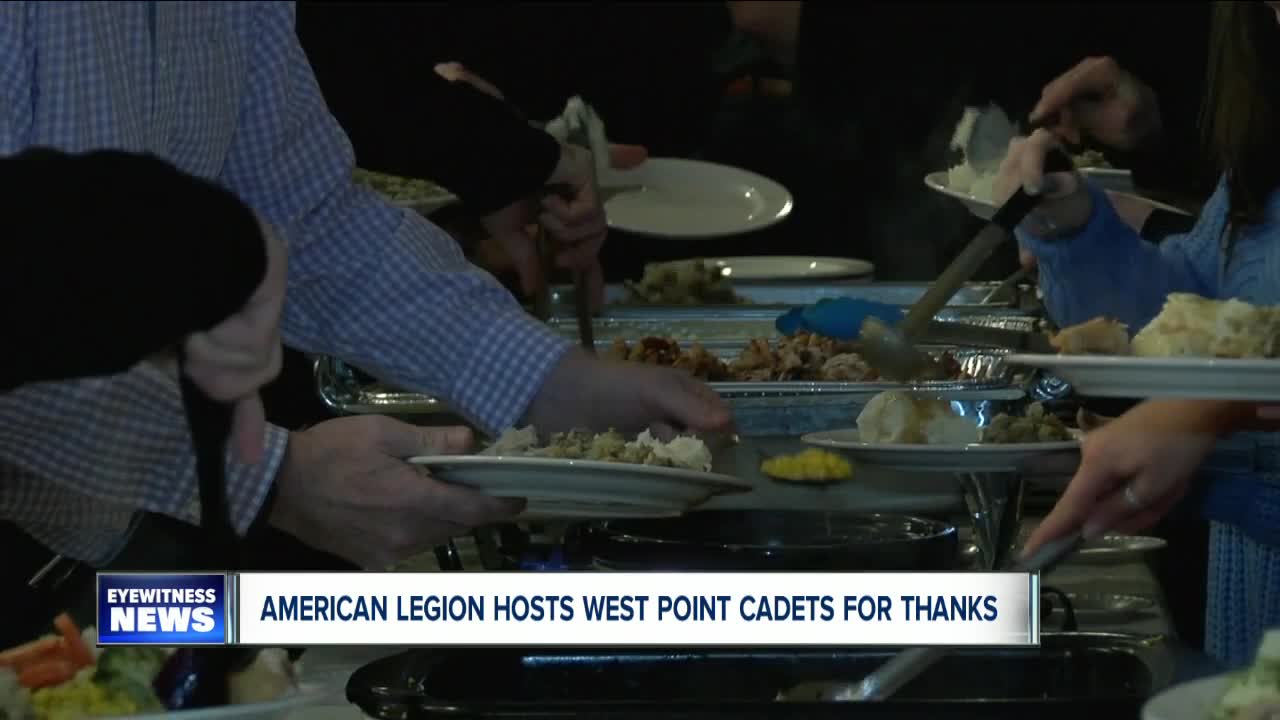 The tables were set and food was prepared to feed a crowd of 120 cadets at the American Legion Post 928 in Derby.

DERBY, N.Y. (WKBW) — The tables were set and food was prepared to feed a crowd of 120 West Point cadets at the American Legion Post 928 in Derby.

"This is one of the few times the family can get together with them. They travel all over the country...they don't get to see them that much," said Larry Masters, Commander of Post 928.

The boys are on the hockey team and were in town for a game against Canisius. The Legion volunteered to make them a good Thanksgiving dinner.

"I'm really thankful for all the people that put this together, it's amazing," said Zach Evancho, senior and team captain at West Point.

The trip was special for Evancho.

"I mean I've been on the road for the past five to six years for Thanksgiving. To be able to come back to my hometown for Thanksgiving in my last year of hockey, it's incredible," said Evancho.

He's not the only one who came home for the holiday.

"Any time I can come and be home it's amazing. I don't get to come home too often, so being here, being with the veterans, it's a privilege," said Cody Fleckenstein of Fredonia.

Whether they're hometown boys or out-of-towners, the legion was proud to host them for the holiday.

"As far as I'm concerned, they're veterans already and they're out future. They're going to be leaders in our country," said Masters. "We love doing stuff like this. Gives you a good feeling, a really good feeling."