Several streets are closed in the area 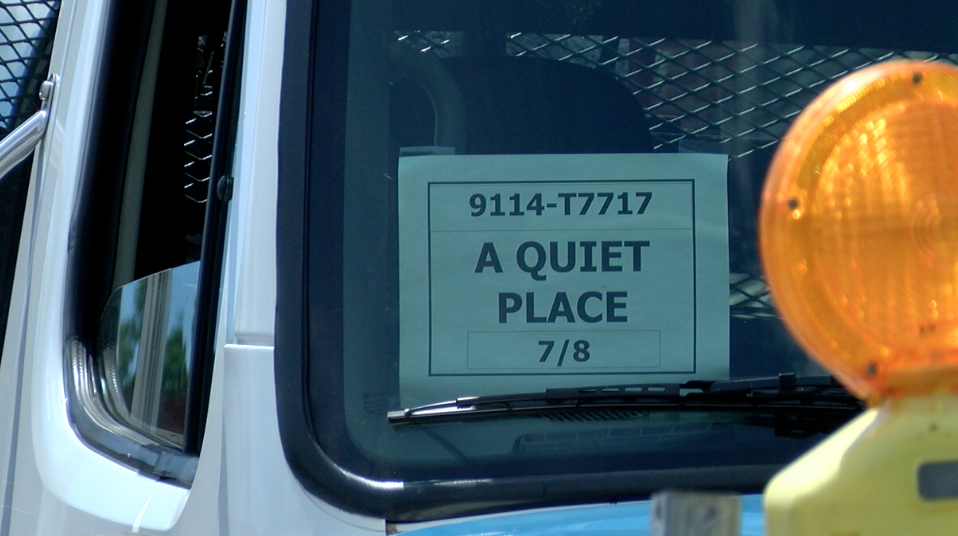 Main street in the Village of Akron is not so quiet anymore. It's now a full Hollywood set.

BUFFALO, N.Y. (WKBW) — Main street in the Village of Akron is not so quiet anymore. It's now a full Hollywood set.

Director and actor John Krasinski tweeted this to mark the first day.

Filming has now begun and the area is completely shut down.

Chief Lauricella called it a "soft shutdown" because local traffic can still get in and out of the area, but this doesn't mean you can get up close and personal with actors. In fact, it might be quite hard to get close enough.

"They could try [to get autographs], but realistically, the area that they're going to be in isn't too close to the filming area because we have to keep people back for safety.

Though quite a few streets are closed, people don't seem to mind.

"It's a short amount of time, so there's no hassle at all...and you just tell the crew where you need to go and they let you get by and you go about your business," said business owner of Interweb Technology Group, Patricia Buckley.

"We've had nothing but good experiences with everybody...they've done their best to make everybody feel comfortable, so for me it was no big deal," said Akron resident Rodney Dean.

Producer Brad Fuller was on set and is grateful that people have been so hospitable.

"Akron's been amazing. We were able to shut down the whole street...all the stores are closed for us and all the people who live on the street have let us come in and it's been fantastic actually," said Fuller.

Fuller has also shot Teenage Mutant Ninja Turtles: Out of the Shadows and The First Purge in Western New York and says the area has always been inviting.

"We like to come here, it feels like America and it's a very easy place for us to work," said Fuller.

The scenes they film on Main street can be seen throughout the movie, according to Fuller.

"We're hoping that residents of Akron will be able to come and see the movie and see their city represented throughout the entire film," explained Fuller.

He also dropped a hint about the plot.

"We're gonna give them part of the story that they didn't get in the first movie," said Fuller.

Filming will continue in Akron until July 25.