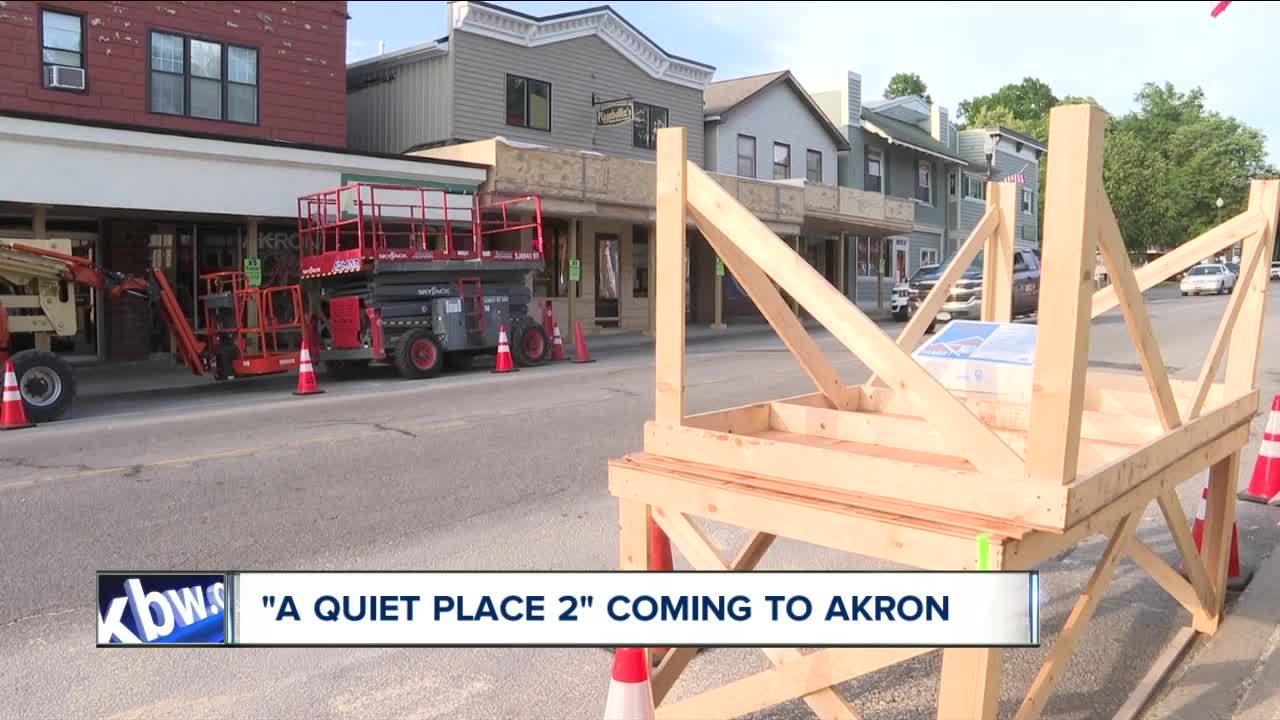 AKRON, NY (WKBW) — Paramount Pictures is already transforming Main Street Akron into a Hollywood set. Work is being done on the facades of buildings. People in Akron are excited for their close up.

“I hope it's kind of a prequel,” said DJ Meade of Akron, about a portion of “A Quiet Place 2” being shot just below his apartment.

The film company gathered everyone in the village who lives near Main Street to tell them what to expect and answer questions.

Producers painted a brief picture of what will happen during filming.

“We're doing a bit of an action sequence, which is going to be happening in town. And we'll be doing some car work. I really can't speak too much. I don't want to give too much away,” said David Venghaus. He’s the first assistant director of the film.

Venghaus asked everyone who lived close enough to see the filming to refrain from sharing what they see.

“The less information that comes out, the better for people. So they're excited to watch the film,” said Venghaus.

Businesses in Akron will be open during filming. Most roads around the main drag will be closed. Shooting starts July 15th and goes until the 19th. It starts up again on the 22nd and goes until 24th.

Seems like a great chance to meet Jim from "The Office?" It's not. During shooting, the filmmakers say don't try and sneak a peek. It won't happen.

“As much as they believe that it's exciting to come and watch something like this, that at the end of the day, we're just not going to let them on the set. We just don't do that,” said Venghaus.

People who do live on Main Street will be given special badges to get into their homes.